Debris in the pilot circuit

It's amazing what a small piece of debris can do. Coming back from North Walsham the other day, close to home, the SQ4 decided to die every time I closed the throttle, which made slow speed cornering somewhat unnerving and junctions, especially one on a hill, something of a strain. Ever tried to kick start a heavy bike while holding the throttle open and the front brake on with one hand?

Fortunately, the starter circuit and the main jet were fine, and I got home under my own steam. 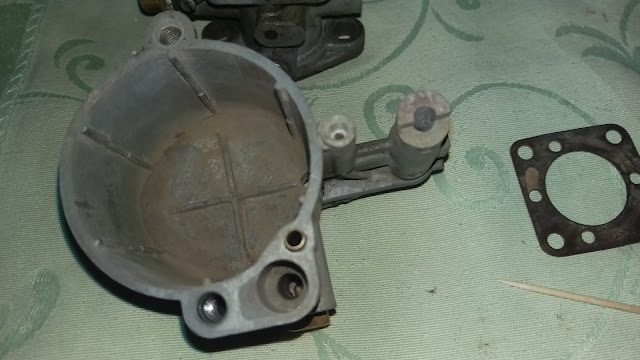 It passes into the large hole in the top of the carburetter: 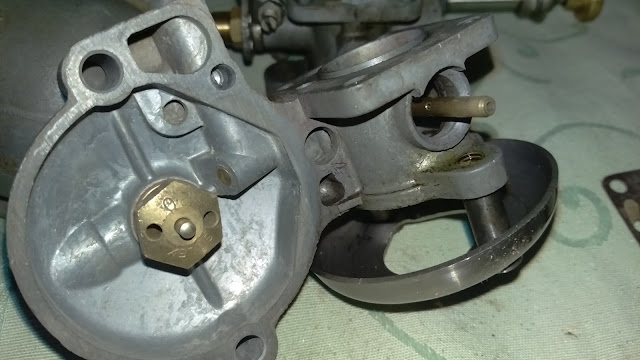 And out of the round hole positioned at 9 o'clock in the square flange: 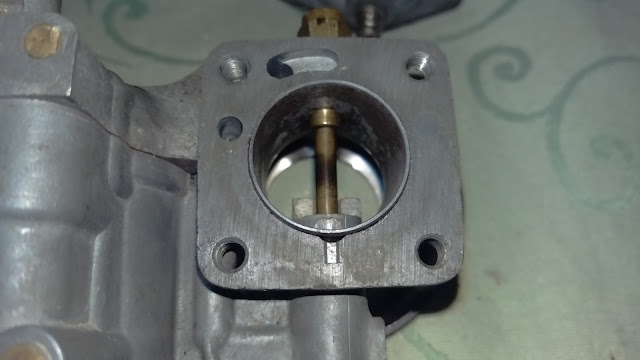 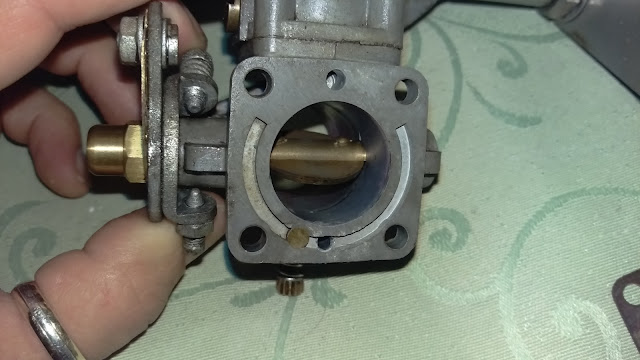 The pilot mixture passes into the hole at 6 o'clock. From here, it goes forward to the idle screw, and passes around there into the engine when the throttle is closed; additionally, there is a hole near the butterfly which provides additional mixture from the pilot circuit as the throttle opens, to prevent a flat spot occurring before the main jet is active.

Stripping the carburetter down revealed a little gremlin in the pilot jet:

Quite enough to disrupt the flow of fuel into the pilot circuit. All fine now.