While putting the kickstart & gear selector case together after the spring incident, I noticed that the selector pawl persistently fell off as I replaced the outer case. With the SQ4, I don't remember having a problem reassembling this complex bit of the gearbox. 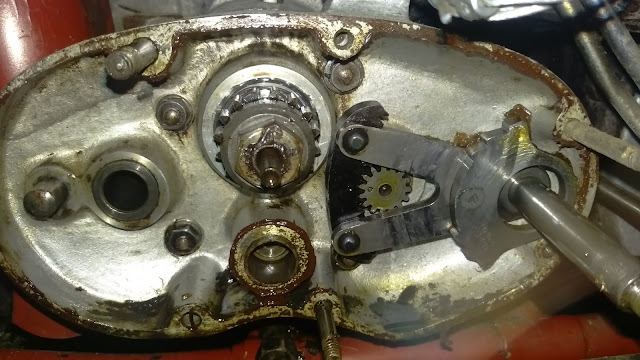 Pulling the selector apart, I realised that the pin on which the pawl pivots was loose, and that the small springs were not moving freely. Investigation found the pin bursting out of the spring box casting: 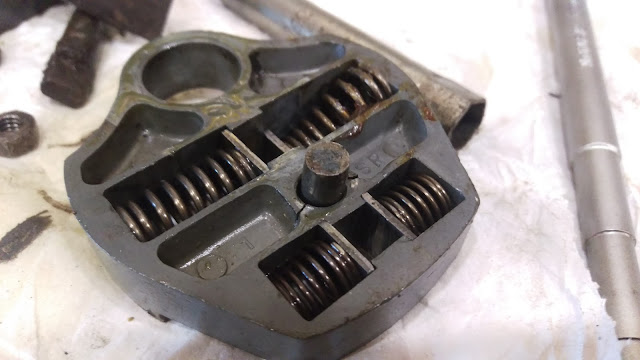 In the absence of a better solution, I fixed the pin with Araldite Steel and scraped the spring box enough for the small springs to move freely. At the same time, I searched eBay and put an advertisement on the AOMCC forum: 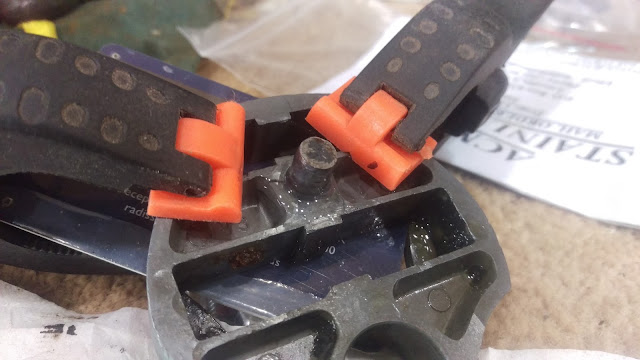 I never tested the repaired spring box, though I am sure it would have worked (but not for how long). I now have this fine replacement, very kindly provided by Guy Hovey after a plea on the AOMCC forum: 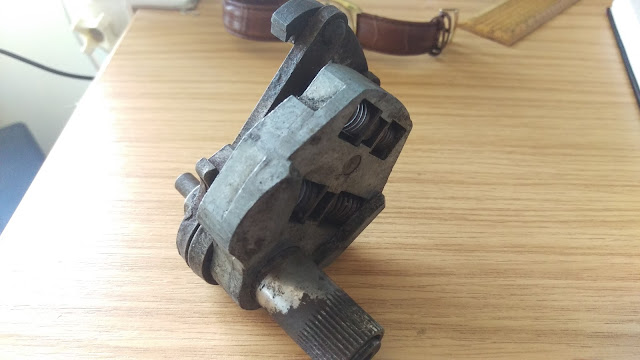 So this is now in place, the box back together and selecting gears again. 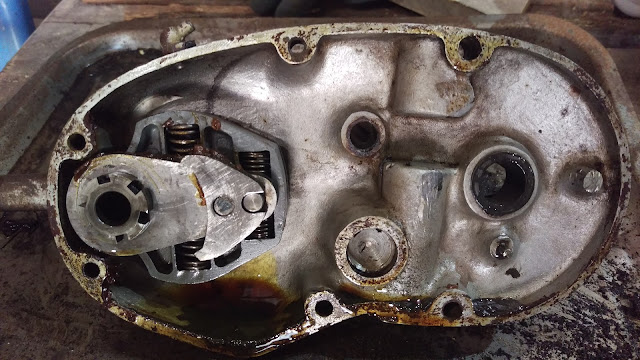 The way this works is interesting.

The mechanism works in both directions, in the same fashion. 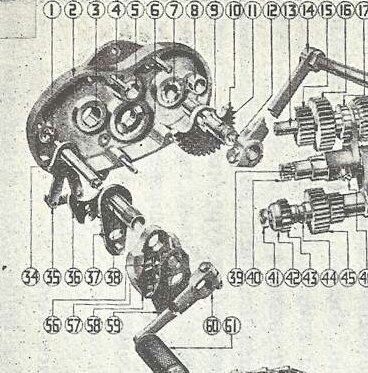