Since the last time I wrote about the W/NG, we have been locked down again and are only now seeing the light at the end of the tunnel. We've had snow, freezing winds, and Christmas, if only for a day or two. It's had very few outings since the COVID crisis is a very bad time to be needing the services of A&E in a hurry should the worst happen so I have been painting (a house), making an airbox for the QR50 and turning parts for the Model A.

However, painting a city centre house means you need to get there and park, which is much easier on a bike so I have used it a couple of times. You might recall I put an old Lodge HN in it, to see how a traditional plug would behave - well, it failed after 200 yards and a new W8AC went in. This was fine for the rest of the commute, testing the new main jet, but the high speed thrash along the main road had us arrive back coughing, spluttering and sooting up.

Back to square one. I decided to replace the float needle, which was an old one: 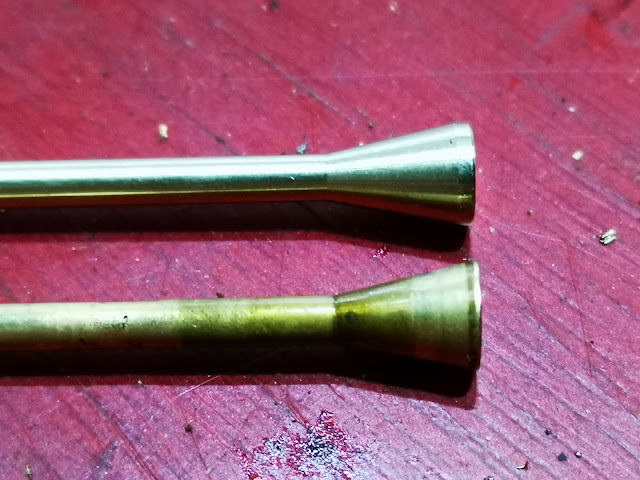 Can't see what's wrong with it? No, that's because it's hardly worn. The fuel level was quite high: 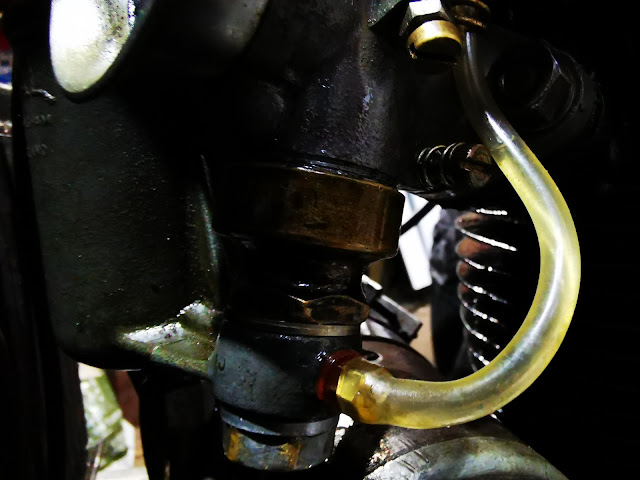 Messing about with the float bowl got the level down a lot: 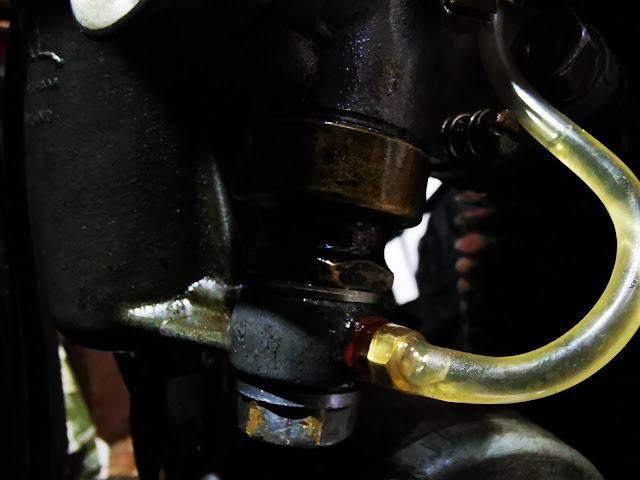 It ticks over nicely:
I wasn't convinced that it would make the difference, and looked back over some old pictures only to realise that the throttle needle was not, in fact new... I bought another and made a comparison: 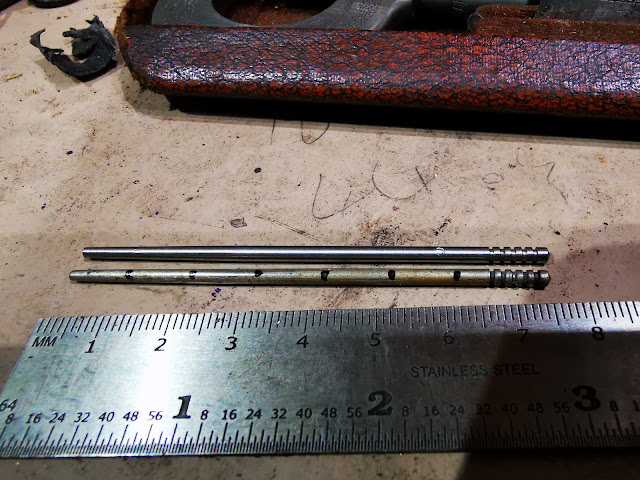 Here, I've marked the old needle (bottom) and the new needle (top) every 10 mm. The chart below shows the diameter at each position in thousandths of an inch, with the difference in the 'wear' column on the right. 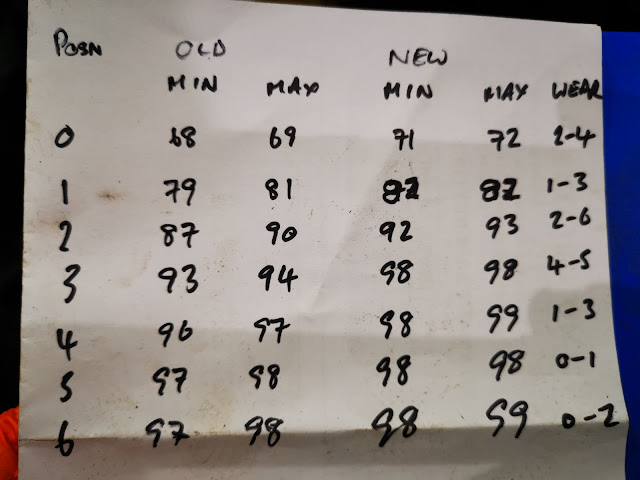 When you consider that the needle jets are sold in increments of one thousandth of an inch, wear of up to six thou' in the needle is very significant.
It has to be said, this is a schoolboy error if ever there was one - I should have bought a new needle at the outset, I would have saved a fortune in spark plugs.
A 50 mph thrash down to Weybourne produced this colour in an old B5HS. 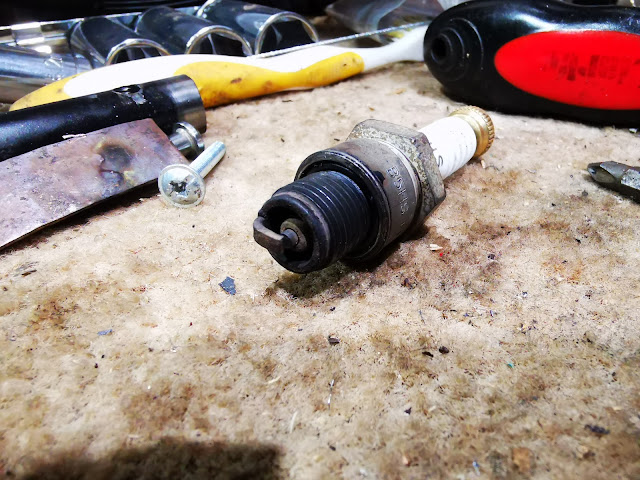 And the fuel level? I'd set the float so low that the valve could hardly open. I could ride a couple of hundred yards and then it would splutter to a halt, and I would have to wait while the float bowl filled up again!