We're having a couple of days off from DIY, the railway and allotmenting and I've walked the boy so it's time for a bit of motorcycle activity. After putting another coat of black enamel on the Model A front mudguard and rear stand, I clean the bench down and pull the W/NGs cases out of the frame, where they were after the engine plate trial fit.

First job is to pull out the base studs and clean the gasket faces: 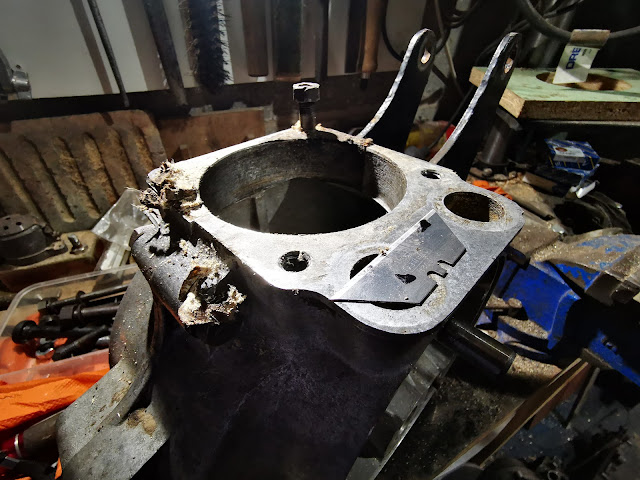 One of them is extremely stubborn and I elect to scrape around it. It's a bit more fiddly but we don't want to damage the stud or the case for the sake of making the gasket preparation a bit easier.

I use the excellent Rothenburger MAPP torch for this, with my infra red thermometer: 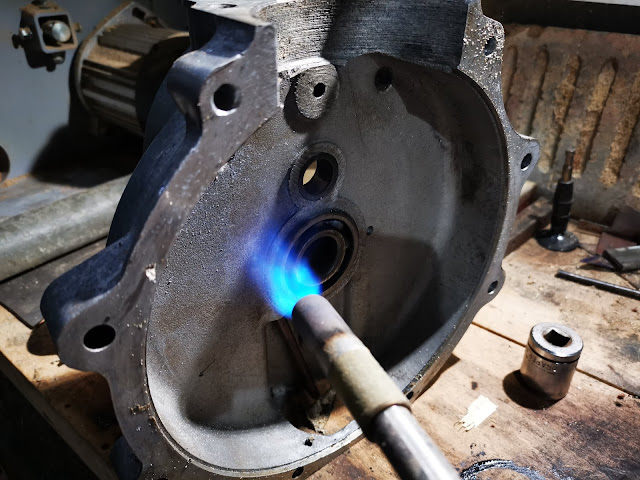 I heat the area around the bearings to 135°C, and this is enough to tap both bearings out in one operation: 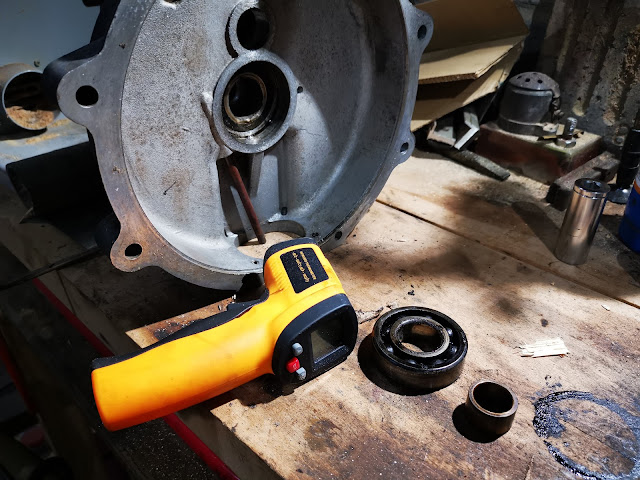 The drive side has two bearings. One drops out quite easily at a similar temperature, along with it's spacer; the other is retained by a circlip: 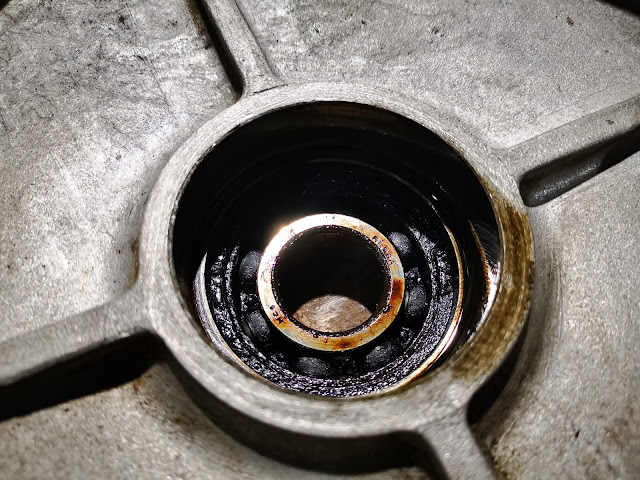 This is a bit tricky, as son Thomas has my small circlip pliers but it comes out with the assistance of a scriber and a small screwdriver: 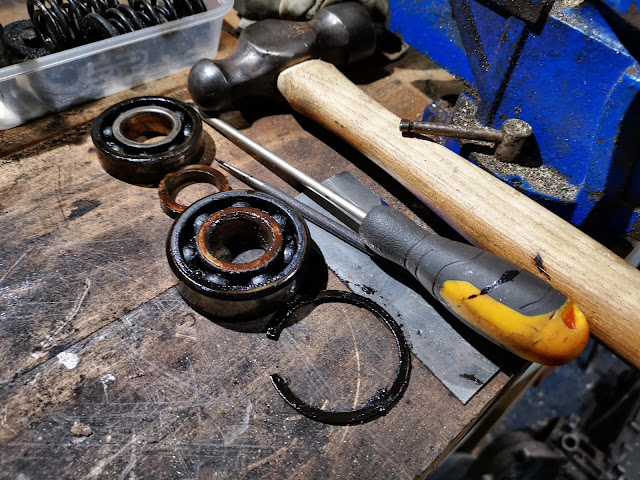 Next, we need to sort out the camshaft.