One thing (there may be others!) that has puzzled me is the absence of a crossover tube on Amelia's fuel tank. It seems to be a fairly well established fact that Solex-equipped Square Fours have one fuel tap, with built in reserve, on the left - because a tap on the right is in the way of the Bi-Starter knob and could drip fuel (they don't leak, do they?) on the distributor.

These first three pictures are all 1951 SQ4's, like Amelia:


Amelia has two petrol taps, one drain point at the front, just like this 1952 KH

Posted by CharlieCeng at 14:51 No comments:

This is about the carrier I am using to mount my gel batteries. Here are the batteries: 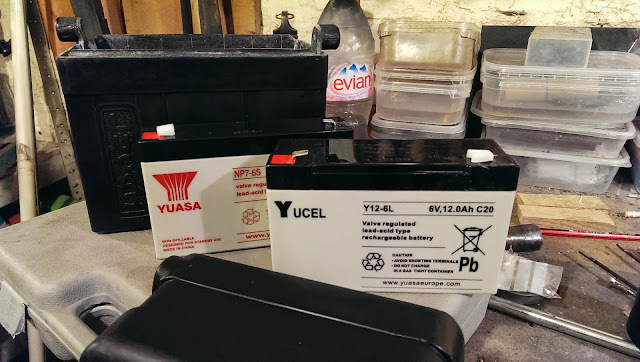 Now these will happily fit in the box, indeed they were chosen to do so. But because they are so short they will be a pig to get out, and I want to hide a fuse box and maybe some other wizardry in there. So, I have come up with this: 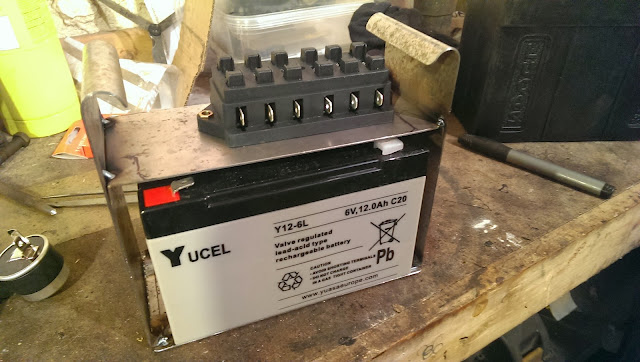 It's a simple carrier made from 18 swg cold rolled sheet; the batteries enter from one side and it is lifted out of the battery box by the two handles on top. The top deck is to carry the fuse box. I plan for the cables to exit through a slot in the upper inboard edge of the battery box: 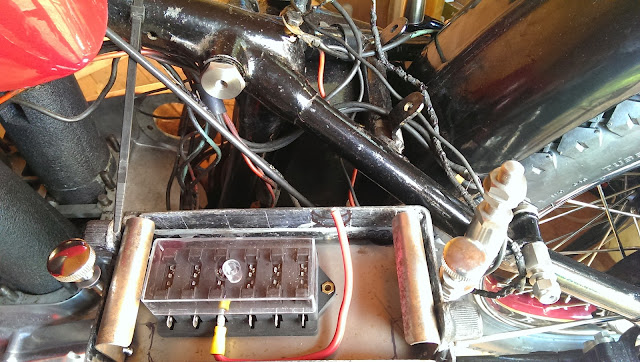 So, now I have identified where the cables are going, I can cut a slot in the box. A coping saw and a half round file does the job nicely: 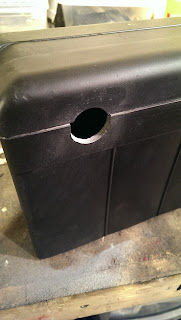 So next, final wiring and painting. I have used closed cell neoprene foam to cushion the batteries; painted with U-POL etch primer and black gloss, and wired in accordance with the diagram on the wiring page. 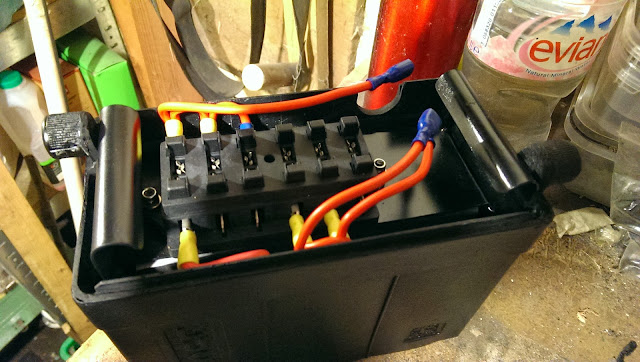 All that remains is to put the lid back on and look at sealing the lid.
Posted by CharlieCeng at 12:52 No comments:

One thing I'm puzzled by, and other restorers of Square Fours if the AOMCC forum is anything to go by, is where the coil is mounted.

There's no definitive answer here at the moment, but this post is here to record what I have observed over the last couple of years research.

The most telling pictures are from bikes that have been dragged from barns, unrestored. Unfortunately none of the pictures clearly show the coil mounting on early bikes, only hinting at where the coil is. This post is also worth a look, as is this one.