This post is going to start out as an attempt to unravel the mysteries of the Lucas MT110, MT211 and 480 tail lights, used from the 1930's through to the 1950's and I'm writing it to help me understand what's applicable to my Ariels. Looking at advertisements for these lamps, there's a bit of confusion & mis-labelling around the 211 and 480 styles abundant on the world's favourite auction site.

Here's some illustrations of original lamps I have collected over the past few months, together with a few notes on the differences between these lamps.

This is an original Lucas MT110, advertised recently on eBay. 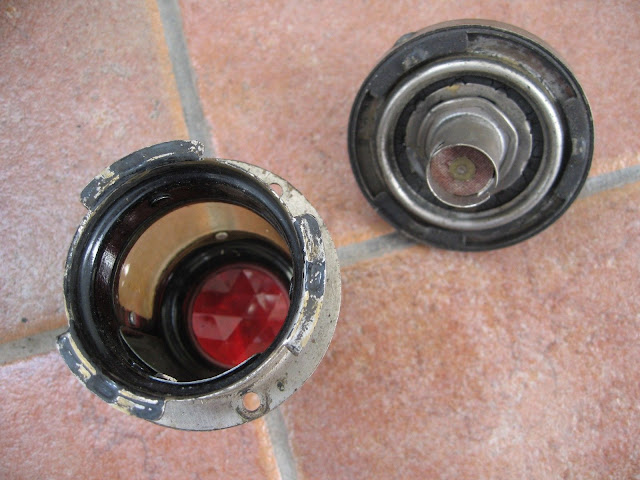 Note how the mounting flange is part way along the lamp body - you have to reach behind the number plate to remove the bulb holder. The 211 and 480 bulb covers are removed from the other side of the number plate. 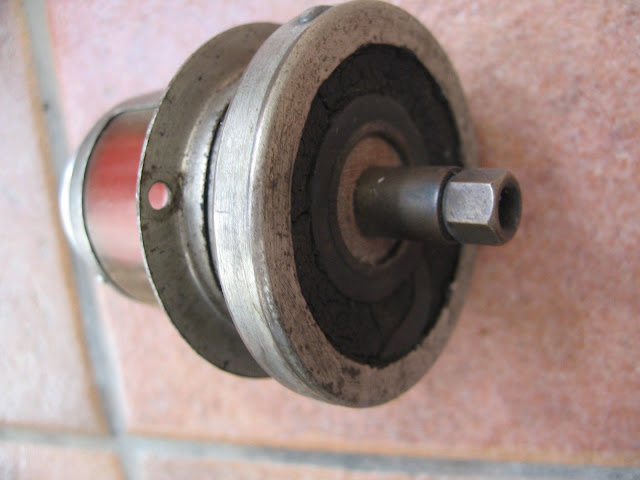 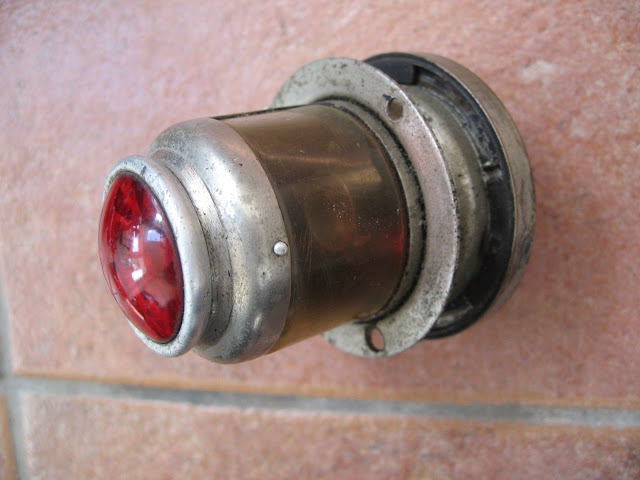 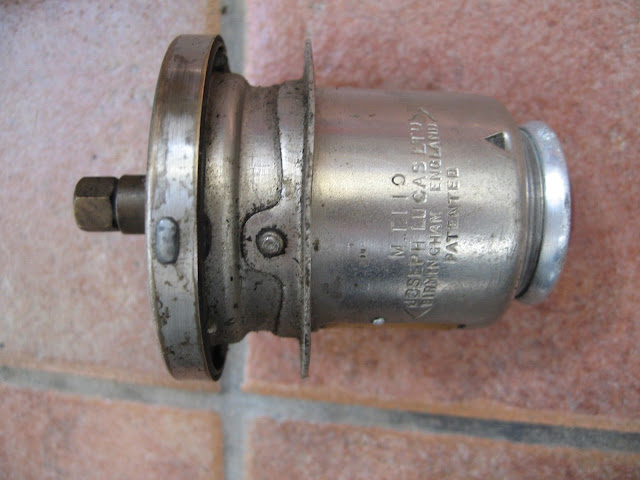 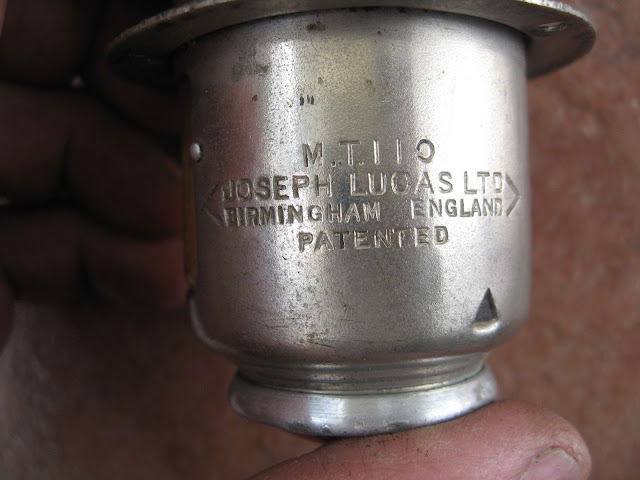 This lamp was used from the onset of electrical lighting systems in the mid 1920's, until 1950 - though it was not used on the military bikes, which had the smaller Lucas L-WD-MCT1.

Reproduction versions are available all over the interweb - an excellent one is found at www.vintage-replica.cz.

This is an original Lucas MT211, advertised recently on eBay. 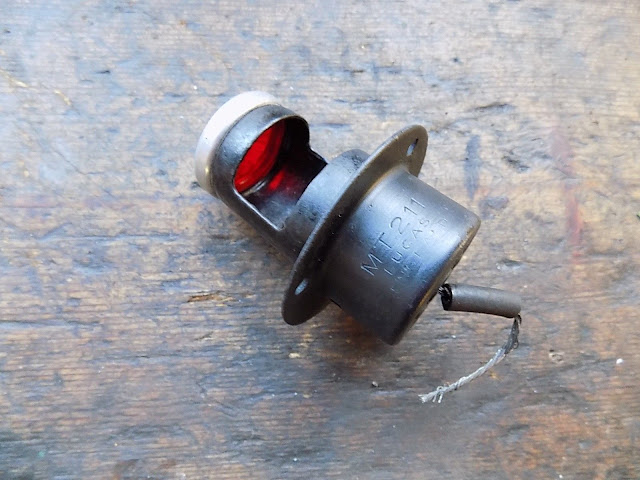 The number plate window is missing from this one. 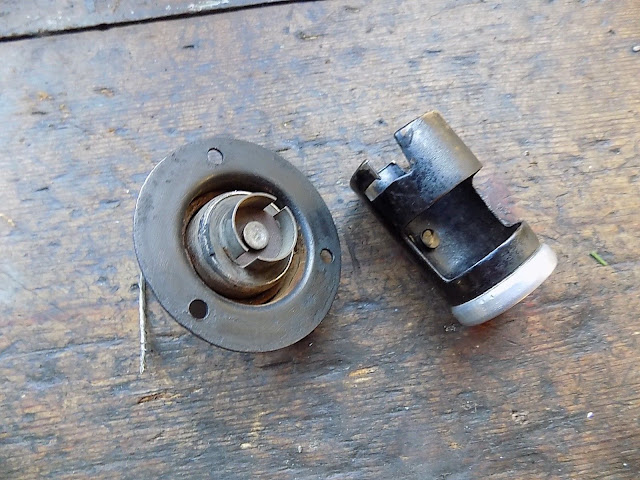 Here's the main difference between the 211 and the 480 - on the 211 the cover is retained with a bayonet fixing. 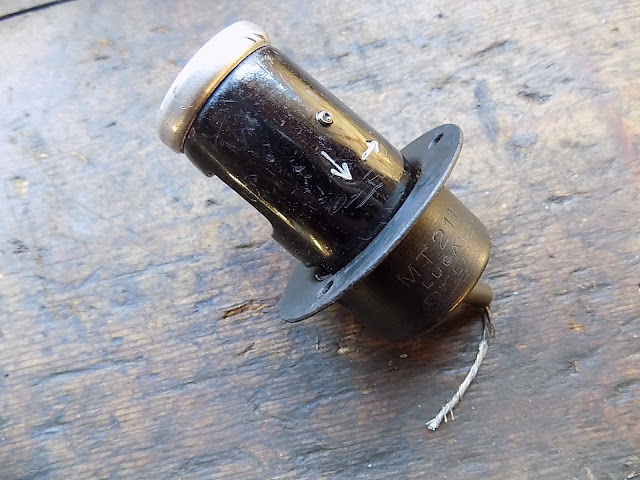 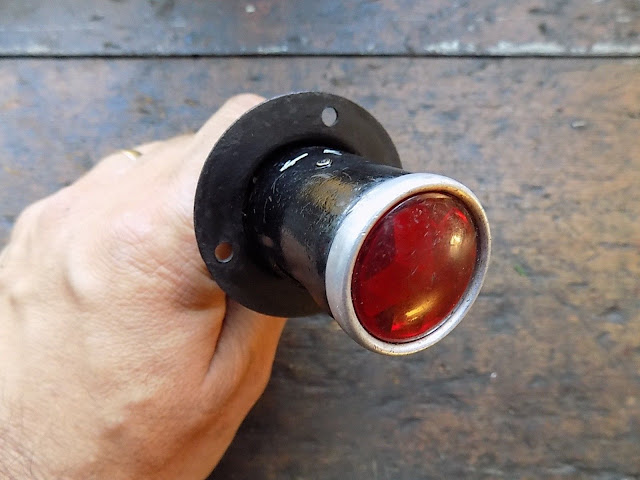 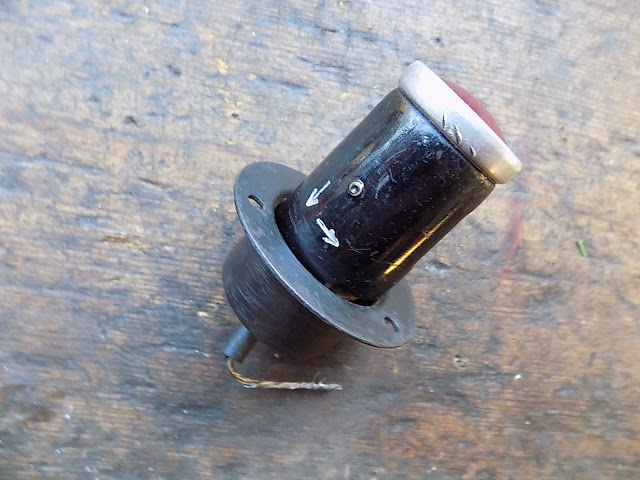 Good luck finding one of these lamps. The reproduction ones sold as MT211s are usually more like 480's - subtle differences and perfectly interchangeable but it confused me for a while!

This is an original Lucas 480, advertised recently on eBay. 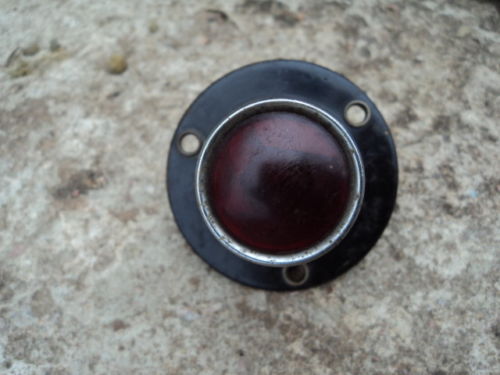 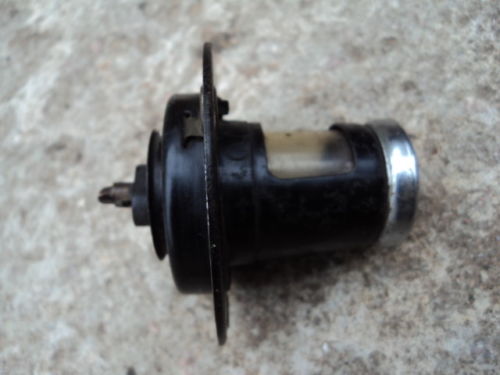 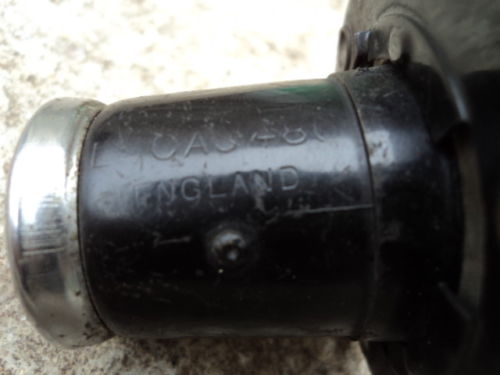 You won't find this stamping on a reproduction lamp. 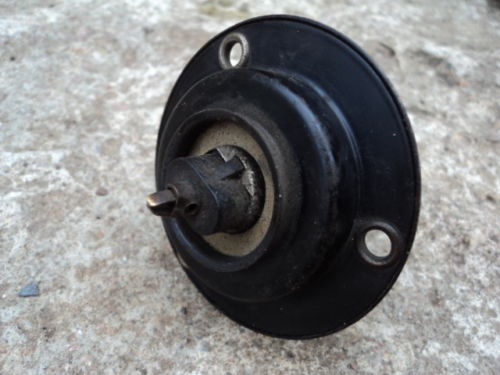 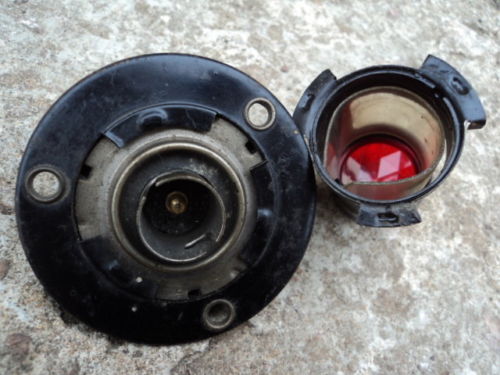 Here's the main difference between the 480 and the 211 - on the 480 the cover is retained with a flange fixing with three asymmetrical ears. 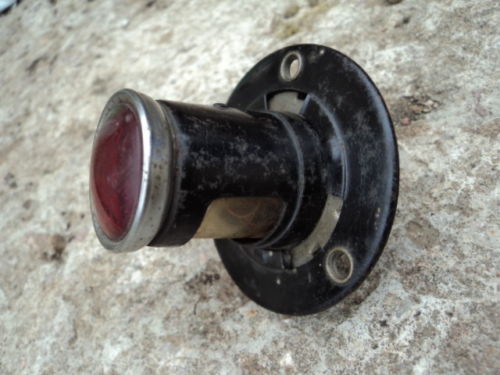 What's really confusing is that reproduction versions of these lamps are usually sold as MT211 lamps. The upside is that they readily accommodate a BAY15d bulb, which offers the facility to have a brake light where none was originally available. Here's mine: 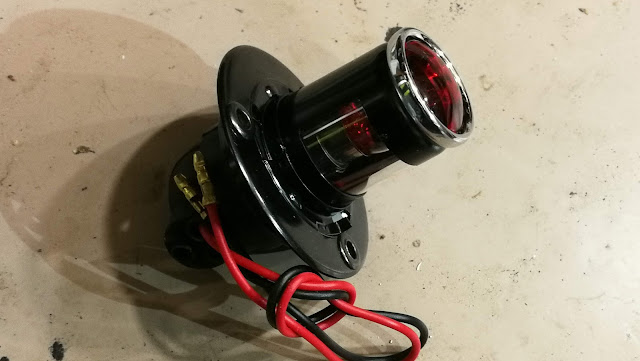 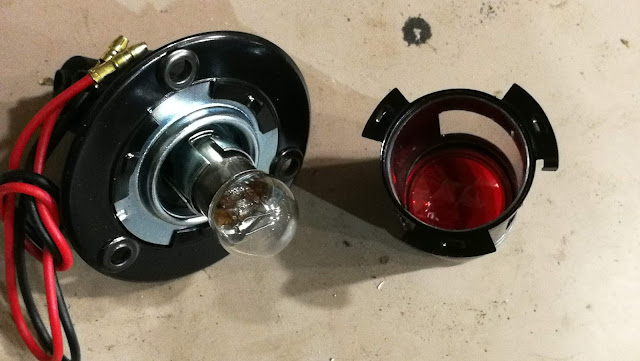 The bulb shown here is one of Paul Goff's LD6RST LEDs, and an excellent bub it is when fitted in my repro Lucas 529 rear lamp. Only problem is, at 43 mm long by 21 mm diameter it is a few millimetres too long for the bulb cover of a 480. 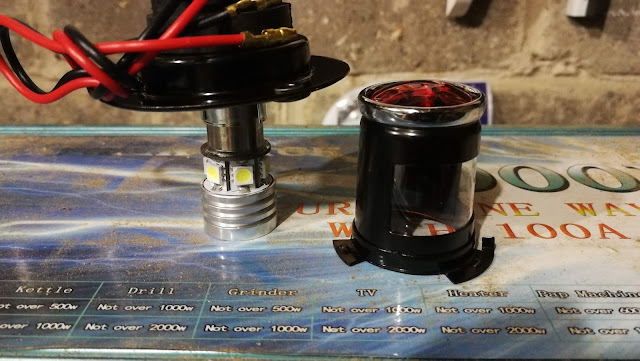 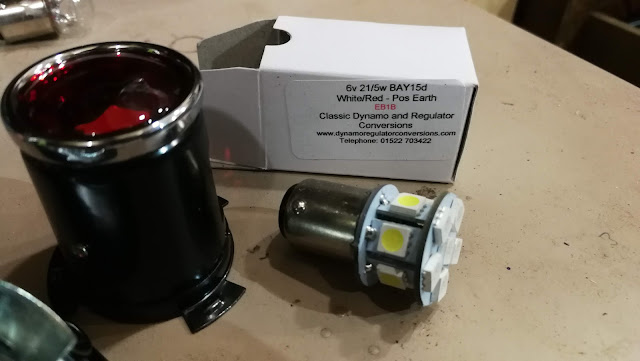 These fit perfectly in the tiny 480 bulb cover: 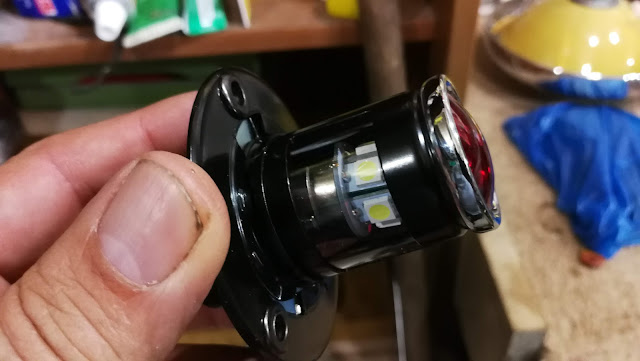 And here it is in place: 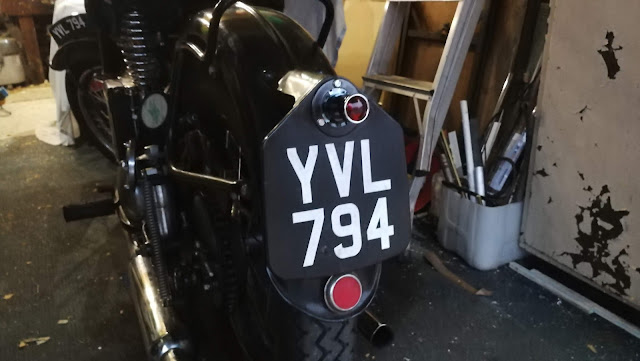 These 1957 Lucas catalogue pages show these lamps and others: 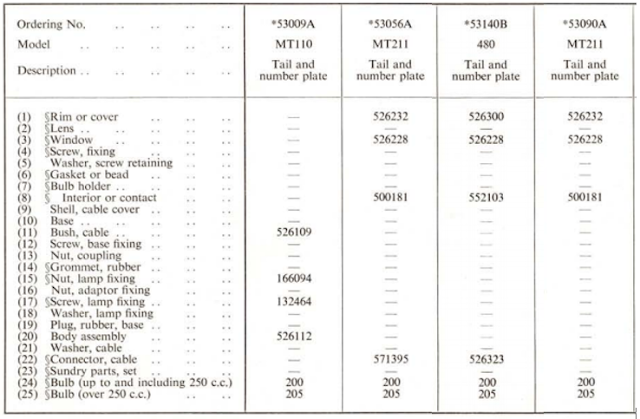 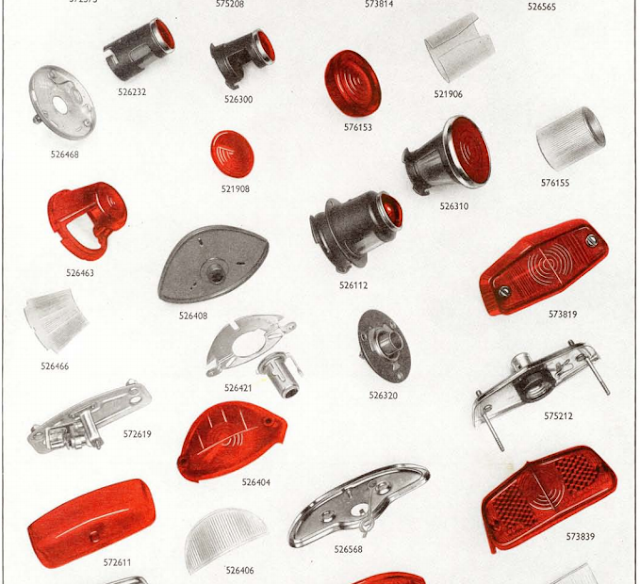 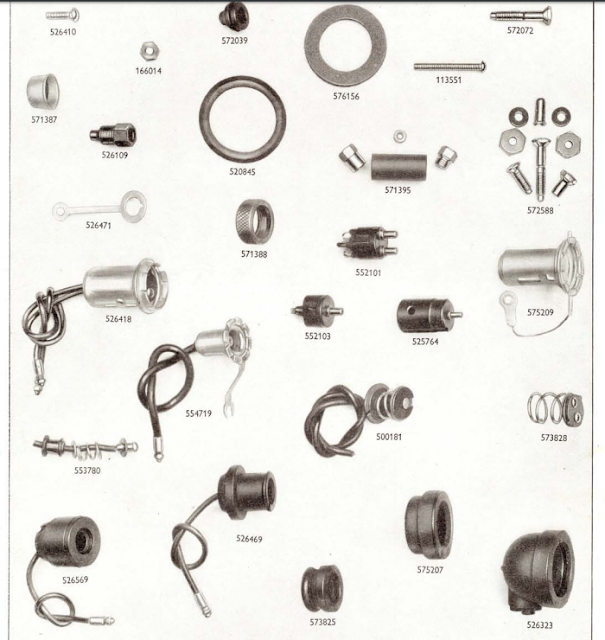 Interesting to note that by the time this list was published in 1957 Lucas were specifying the 529 tail lamp for all Ariel machines that had previously used the other, older lamps though it does not fit the rectangular pre-war number plate. My SQ4 uses a 529 - it fits in the same screw holes used by the older lamps and is hence a direct, and safer, replacement. 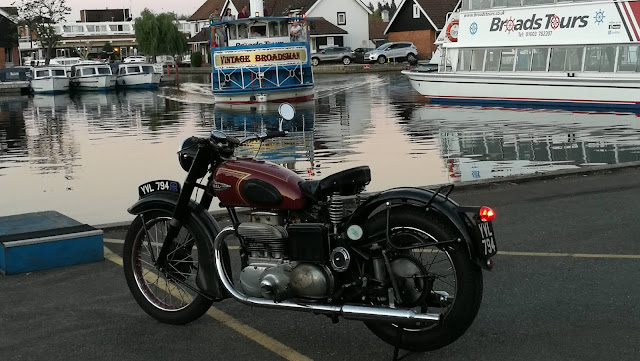 It's considerably less complex than the older lamps and was probably cheaper, so everyone wins.
Posted by CharlieCeng at 11:34