I've been meaning to look at power to weight ratios for a while, mainly since the PO of my SQ4 delivered it to me saying 'I can't see myself using this, it's a big bike and way too heavy for me'. I thought I would look around at some modern bikes and see how heavy it really was, and whether I was going to be able to ride it into old age.

So the table shown here lists a few bikes of interest to me, with their fuelled-up weight in pounds, seat heights for some and power to weight ratios. Look at some of the older bikes & how they compare with some newer ones! 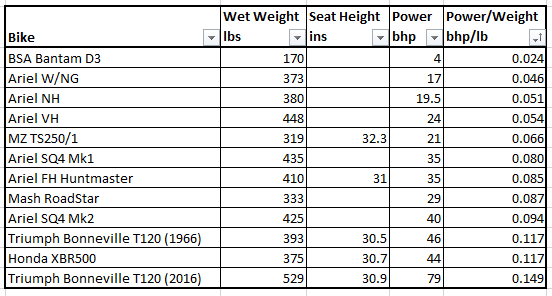 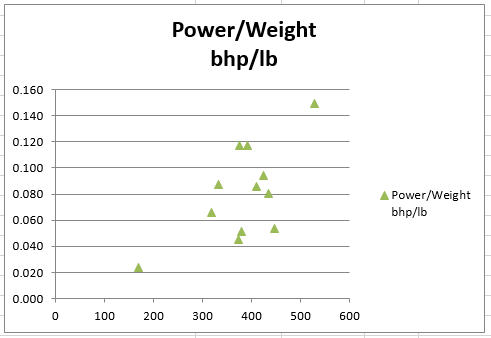 Here's the power to weight ratios charted. enjoy figuring that out, I will replace the chart with one that is easier to read!
Posted by CharlieCeng at 08:45 No comments:

Know what this is, my fellow Ariel-junkies? 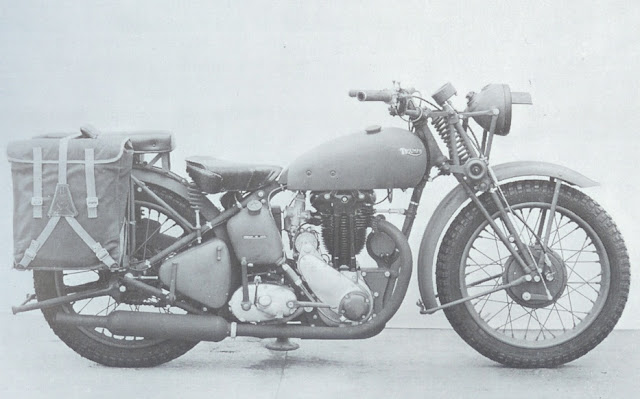 This is a Triumph 3HW. Know what carburetter that is? It's a Amal 276AD/1J. Why am I telling you this? Look at this picture: 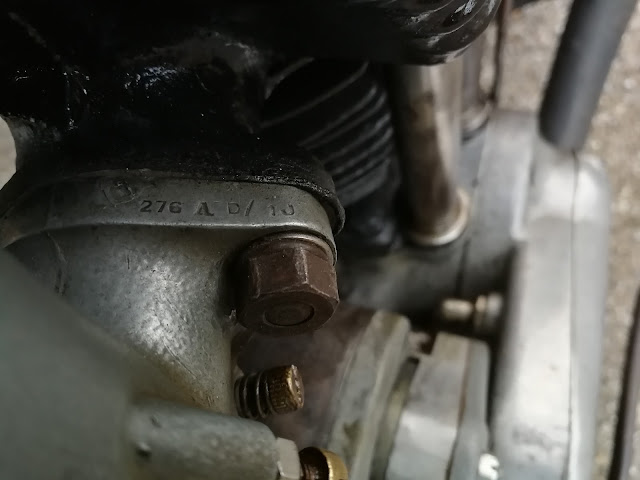 Yes folks, that is also an Amal 276AD/1J, fitted where my Ariel's 275B/1J should be. This is interesting, because this is the carburetter my bike came to me with, and it is jetted (120) as the 275 would have been; the larger 276 would have used a 150 - to match its 1" choke (the original W/NG carburetter would have been 7/8"). No doubt this came from another of the thousands of military bikes floating around in Italy, or some ARAR compound when my bike's original 275 was pinched or wore out - or maybe it was changed by the Army whilst the machine was in service. We'll see what cutaway & needle jet it has when we get it apart.
Posted by CharlieCeng at 15:13 No comments:

Regular readers will know that there have been a few challenges around the carburetter recently, and that I've started poking around in it.

The first sign of trouble was on the overrun, heading downhill into town with what felt like fuel starvation. A couple of days before, I had run out of petrol on the SQ4, through my own fault (the SQ4 has no reserve tap, a long story) so I was congratulating myself for my inattention again. Pulling on the reserve tap made no difference and limping to my destination saw the tools out and a chunk of debris removed from the main jet. I went home with the jubilation that only a roadside repair can provide.

I started wondering why the bike was quite so slow. Investigating the carburetter slide revealed it wasn't opening fully as previously reported: 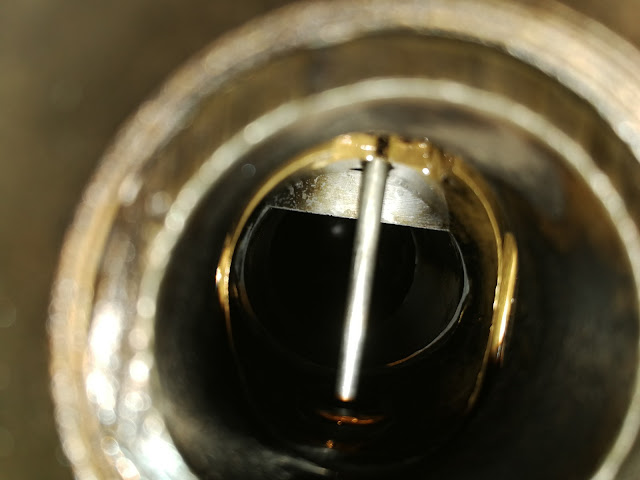 The investigation also revealed an uncomfortable tendency for the slide to stick caused by a non-standard throttle return spring, something that showed up in the shop but not thankfully on the road. The carburetter would need some investigation soon.

And remember that blocked jet? That came back to haunt me while coasting downhill into a village near here, when everything started popping and banging, spitting neat fuel back out the carburetter. I limped along for a while with a wet knee, eight-stroking (I thought only Bantams did that?) eventually realising that going home was not really an option, because after all what would I have done if I had been hundreds of miles away?

Pulling the tool roll out, I took the Amal carburetter spanner and removed the jet cover or 'Float Chamber Holding Bolt' to check the main jet - which wasn't there. It was sitting, loose, in a puddle in the bottom of the jet cover.

Perhaps someone didn't tighten it properly? And while you're at it, that fuel leak you have been complaining about, that you thought was the float valve not sealing? Perhaps you ought to tighten the big nut on the bottom of the mixing chamber?

So anyway, the carburetter is back together, not leaking and the bike is running happily with the needle in the right notch. However, we definitely need a new throttle spring, so we better get on to Burlen Services. Investigation of their website reveals there is a short spring and a long spring, but which one?
Posted by CharlieCeng at 20:55 No comments: