Could these boxes contain Huntmaster parts, sorted out with a view to starting work? 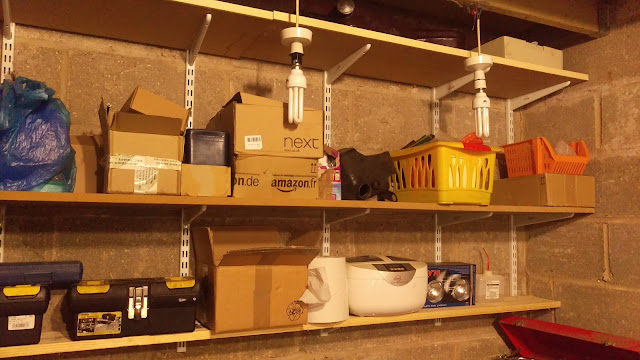 I've taken a few photographs of the frame to get to know it... 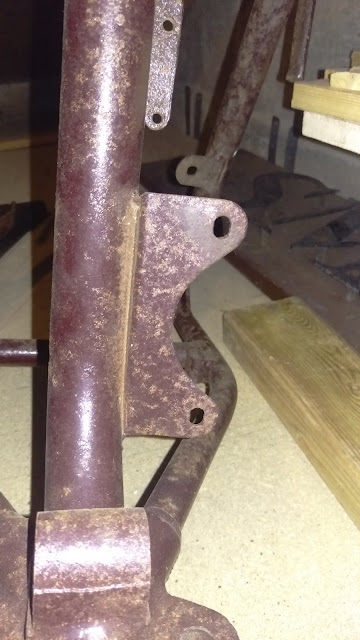 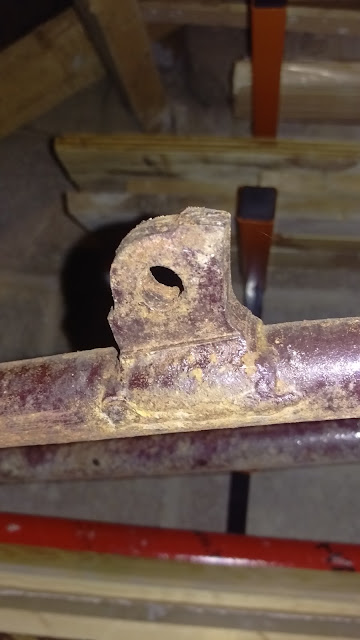 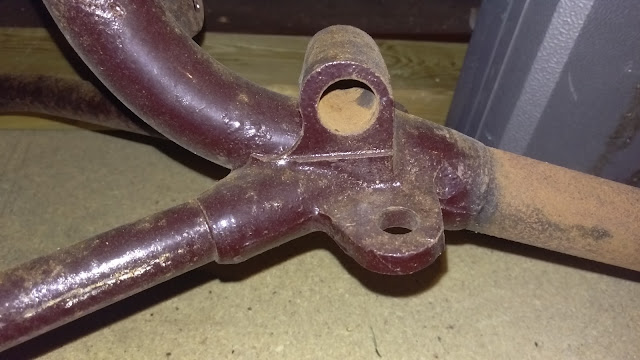 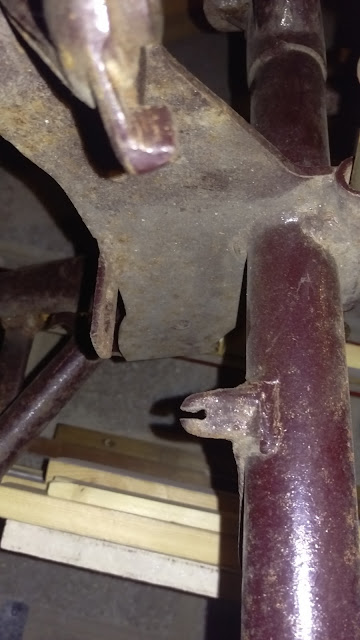 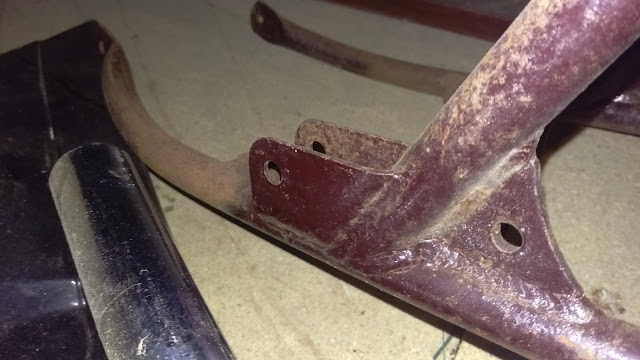 You will have realized the frame is upside-down.
Posted by CharlieCeng at 20:28 No comments:

When the opportunity arises, I like to use the Square Four for ordinary day to day trips, like commuting to the office. This is great fun, and usually results in some issue appearing.

I covered about 55 miles today in a trip to Norwich, to collect some new glasses. Nice B-road trip, early start, mid afternoon back. There was a bit of rain in the morning but the Ariel didn't miss abeat - well, not due to that anyway. The return trip was dry, sunny, and much warmer than the morning had been.

Regular readers will have observed that I have had the front brake and its cable off and on a few times, trying to cure it from grabbing. Since I happened to be in the vicinity of Bungay a few weeks ago I dropped in to see the chaps at Draganfly and to pick up some new brake shoe return springs. Pulling it all apart at the weekend showed that the springs were about 3 mm shorter than the old ones - all fitted, end of grabbing problem. I even adjusted the wedge up another notch on the way out today, and no hassle from the front brake all day.

Another thing that is a persistent problem is the tank knee pads. These come loose after a few tens of miles - so I need to find a way of fixing that.


Now, these engines are reputed to over-oil the top end, and of course this is worse on Morgo-equipped bikes like mine

The oil tank is often wet  on the outside, with a stream emanating from the filler cap - I fancifully wonder if this comes from the offside rocker boxes, but this is so obviously worse around the cap that I can't see that... the thing is, I routed a pipe beyond the rear wheel to allow the tank to breath & nothing comes from that. 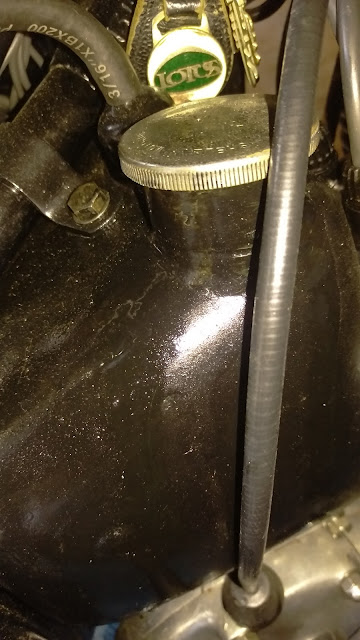 I guess the cap just leaks. I have a new tank with a good thread, so I will change that one day.

Something that has been niggling at the back of my mind is a misfire that appears after a long run on a hot day and gets steadily worse. Excessive carburetter temperature leading to fuel vapourization? On arriving home on a warmish day (23°C - warm for Brits!) after getting a mild misfire, getting worse in town, I found that the carb around the throttle spindle was up at nearly 90°C, and the float chamber near the main jet was around 60°C. That's got to be enough to vapourize some element of the fuel - petrol boils at 95°C (203°F)...


I plan to fix this with a tufnol thermal barrier between the carburetter and the head. I'll probably add the proper Bi-Starter know and the air bell when I have the carb off, and maybe make the new throttle lever spring bracket.

And the other thing? the speedo has packed up again - over-lubricated I think, it just sits at zero. I guess the clutch is slipping...


Here are some fish for tea...

Posted by CharlieCeng at 10:28 No comments:

More on the new tank

As reported a few weeks ago, the replacement tank for the Ariel is coming up for it's turn on the bench. Or is it...


It's back from the blasters now and not unexpectedly it is a bit of a state. The bottom has been removed to blast the inside, and the next few months will see a bit of tin bashing & welding, to put this lot right.

Here are the pictures:


Posted by CharlieCeng at 15:51 No comments:

A fine sunny day last saturday saw me and Beattie winging our way down to Marsham, near Aylsham, for the 2015 BSA Bantam Club National Rally, hosted by the Starting Handle Club.


Rick & Alan had both come up from Devon the day before - they were having a couple of days break before going off, after the rally, to Yorkshire & then on to Berwick before heading back down the west coast for home. This round Britain Run was in aid of Headway, the charity devoted to supporting sufferers from brain injuries. Very pertinent to us all.

Congratulations guys, and to your fellow travellers! 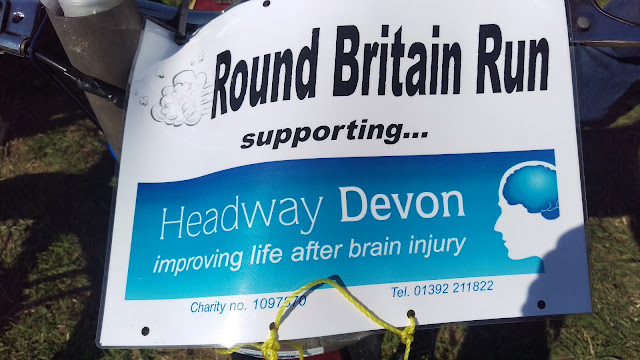 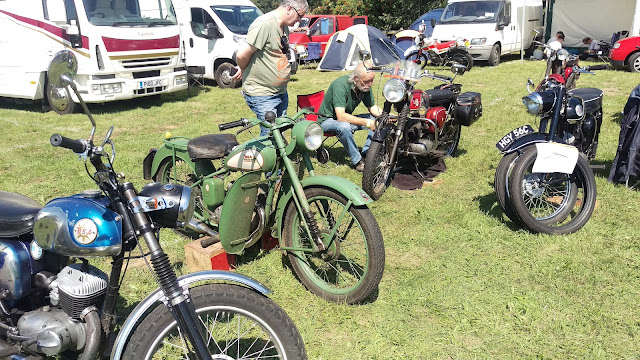 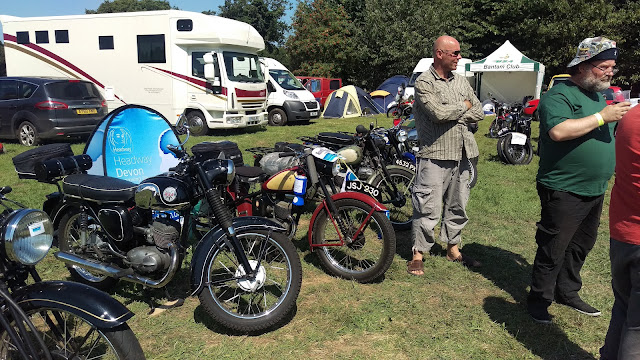 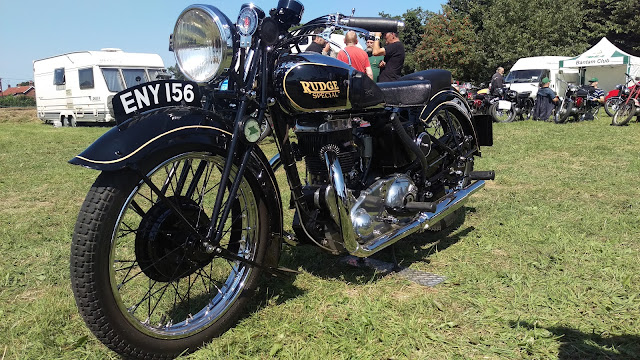 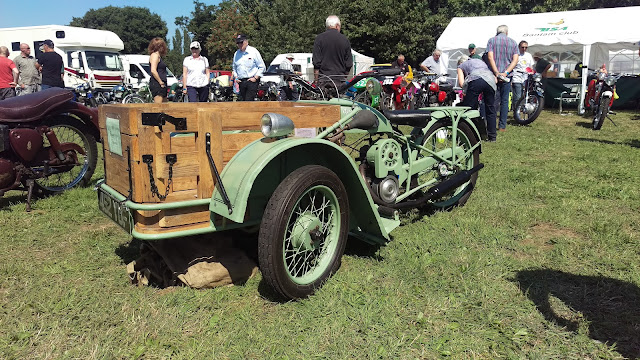 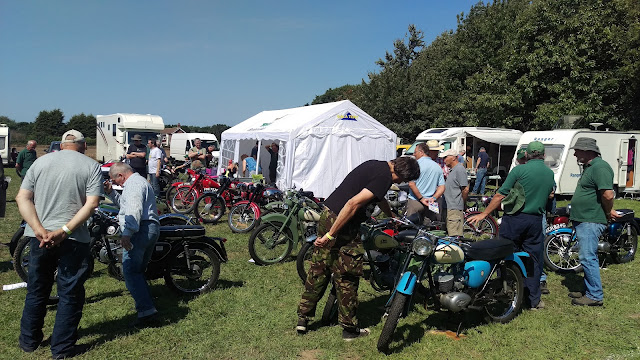 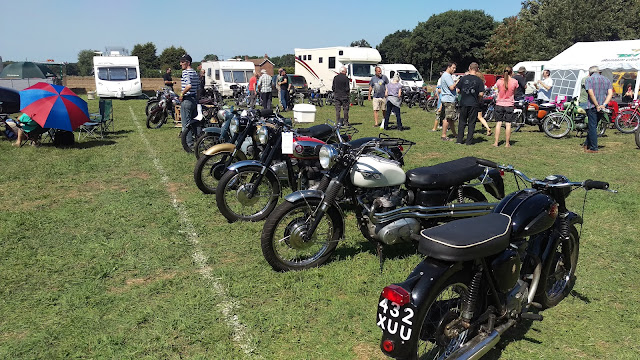 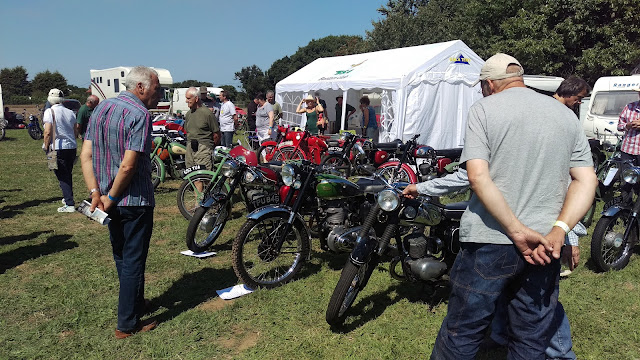 Remember this anyone? Indy Corvette concept car, about 1988, pictured on the test track at Lotus Engineering, Hethel, Norfolk. 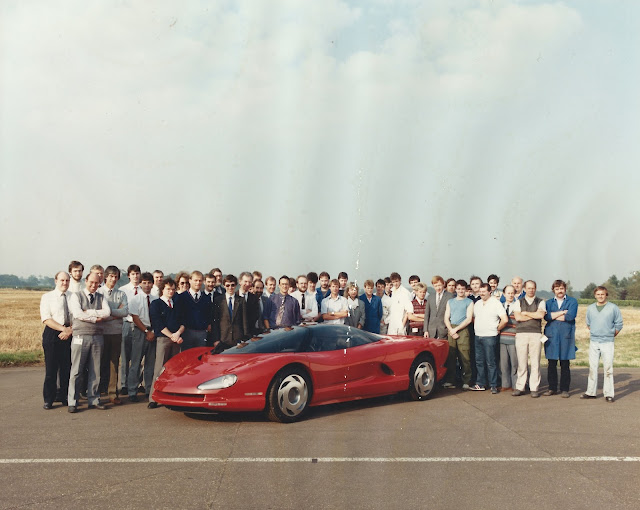 That's me in the middle, purple shirt.
Posted by CharlieCeng at 18:43 No comments: