I do a lot of sheet metal work, working on my bikes; I also run a solar powered workshop. Putting the two together lead me to looking at a way of welding & using less power - with better control of welding current. My answer was to buy a 180 Amp inverter type TIG welder and teach myself to use it.

After playing around with the machine for a while (enough to consume 110 litres of Argon, to be exact) I decided to structure my practice a bit more and try and focus on problems as they arose. To this end, I cut a piece of 1.5 mm cold rolled mild steel sheet, about 5" x 8", and cut three 1" strips so that I ended up with a 5" square and three 1" strips. I cleaned the metal with a wire brush in the bench grinder.

I set the machine up with pure argon shielding at 3-5 l/min; I used a 1.6 mm red band tungsten electrode ground in a long taper; a number 4 ceramic and a welding current of 50 Amps. Tungsten stick-out was about 3 mm in most cases.

I planned to do a lap weld. a butt weld, and outside corner weld and a fillet weld. All these welds were to be autogenous - no filler rod was used.

The first weld I tried was a lap joint, and it did not turn out too well. There was fine sparking during welding and a lot of porosity in the weld. The metal was not cleaned well enough, and I think that is why the welds are porous: 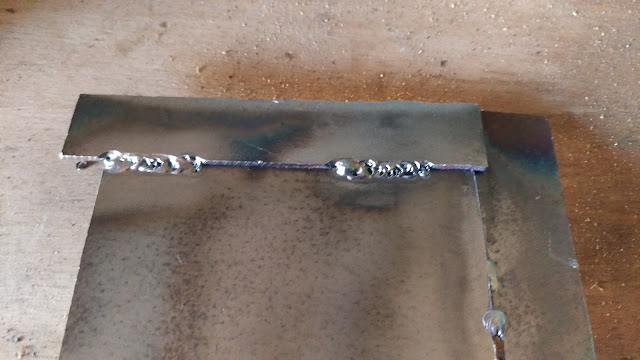 They are however very strong.

The second was an outside corner joint. These are cut edges, cleaned for a second time on the wire wheel. The weld was much more successful and I think shows that my previous attempts were failing due to poor cleaning. 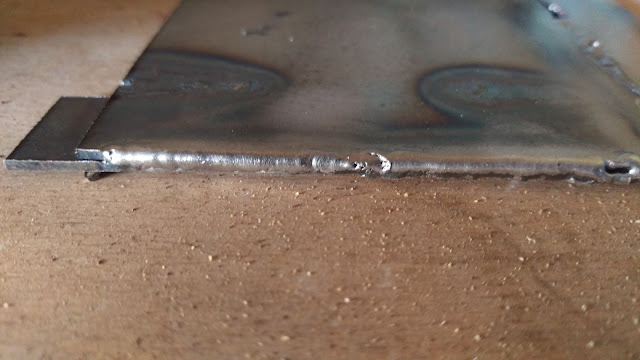 This is an autogenous butt weld, with a gap of up to 1 mm. It's pretty poor - I blew through in several places though it is quite strong 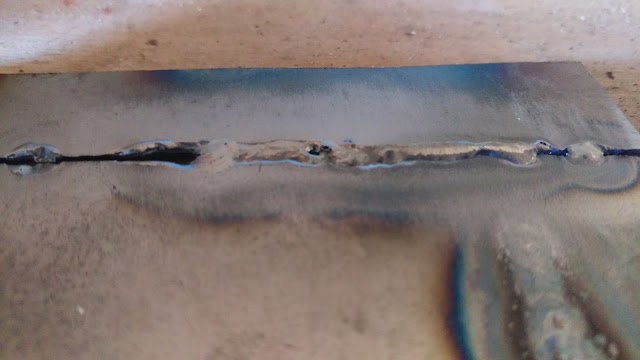 The penetration is poor: 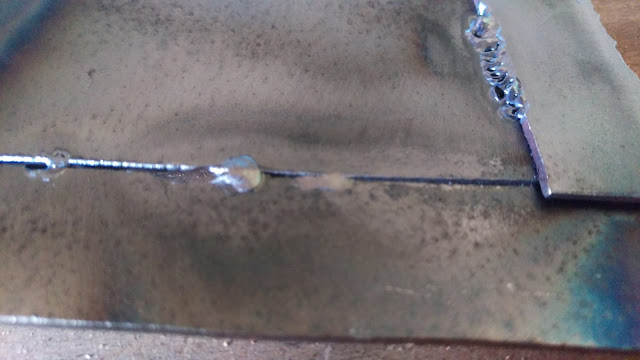 The fillet was the last weld I tried today, and suffered from poor torch setup and a joint that was not supported well enough - I tacked the weld at one end (on the extreme right) and tried to tack it at the other end, but the two parts were not close enough - the left of the weld shows a lot of blow through.

I balled the tungsten at one point and had to regrind - when I did, I increased the stick-out to about 7 mm and was able to make those neat little fillets to the right. 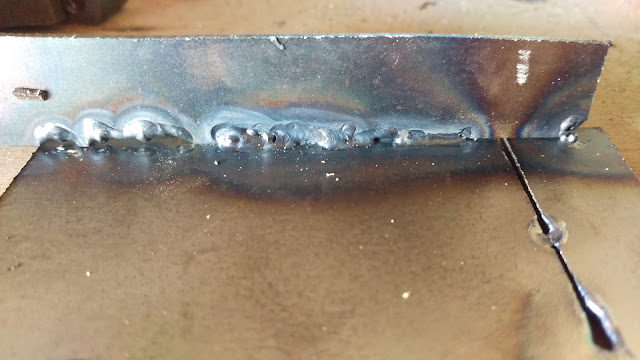 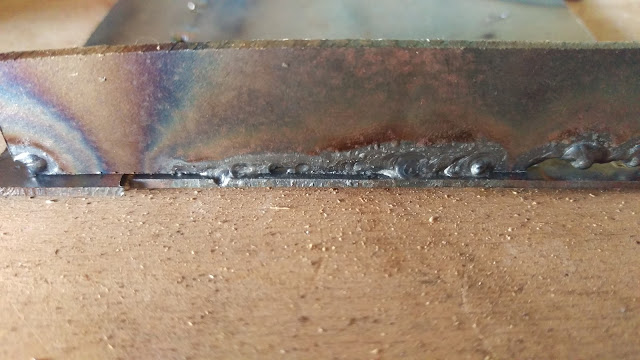 All in all, a satisfactory practice session. Next I will do the same thing again, adjusting for my experience this time.
Posted by CharlieCeng at 17:55