Well, its that time of year again. Sunday brought us bright sunshine, hoards of people, dozens of cars and a few motorcycles into our little seaside town for the annual Sheringham Carnival Classic Car & Bike Show.

Of course, I took Amelia for the first time this year. We were the second bike to arrive, after this lovely G2CSR Matchless which was in the same spot last year. I have a soft spot for these, and my own G2CSR has its own blog page.

Despite living about 300 yards from this parking spot, it took ages to get here. All those little lanes and that sunshine were too tempting, but I can report that the front brake is much better now and while not powerful has a good feel. 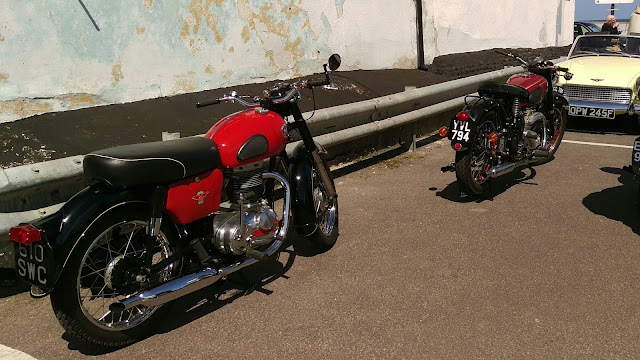 I took my Bantam as well, which needed a good polish up after the winter and a some general neglect. Sorry Beattie... She always attracts a lot of attention, and we had an eight mile run to get here: 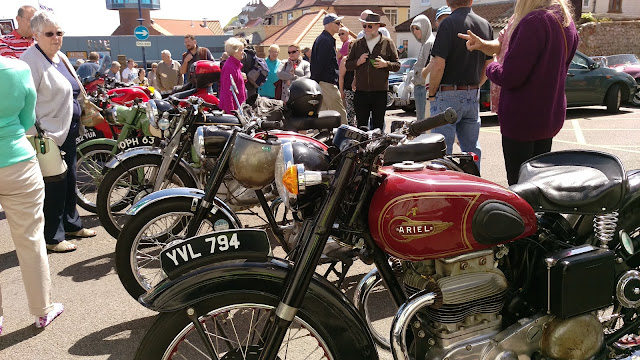 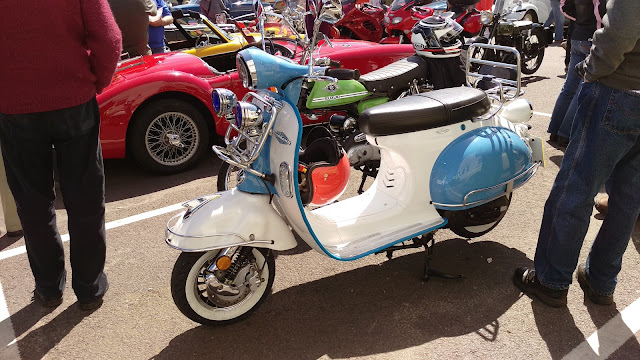 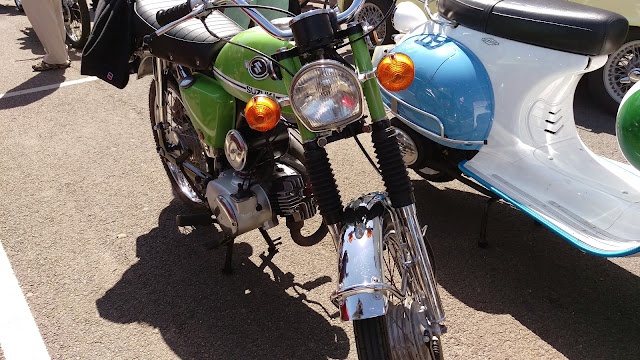 Every year, a group of local ladies dress up and go about the town collecting for carnival funds & the RNLI. There is a different theme each year:

A nicely patinated C11 next to my Bantam: 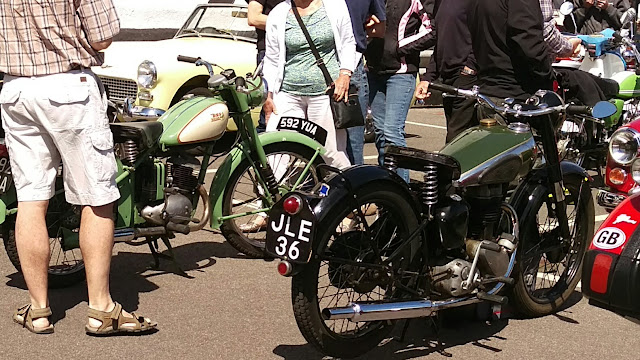 One of the most modern cars at the show was this Tesla, which aroused much interest:


This Tesla Model S belongs to local artist Brian Lewis and is charged in his garage by solar panels. Brian's pictures are a delight enjoyed by many folks all over Norfolk and depict local scenes, towns, buildings, dogs & seals - all in Brian's inimitable style:

Brian's website is at http://www.art-e-mail.com/, which operates an on-line shop where you can buy prints of his work. 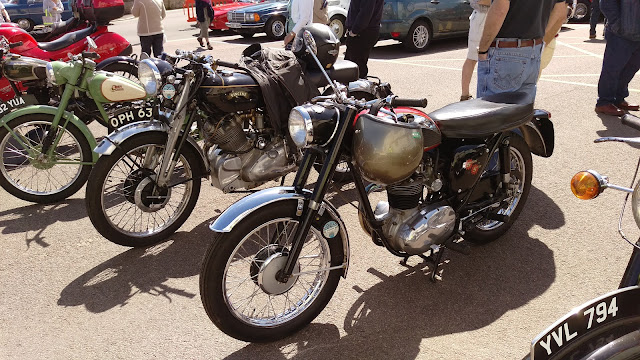 Apparently this Comet has an electric start. The only give-away is the big red button on the handlebars and the owner's sheepish face when he doesn't use the kick start: This Commando special appeared near the end of the day, and I followed it up our street. I'm not sure who was making more noise... 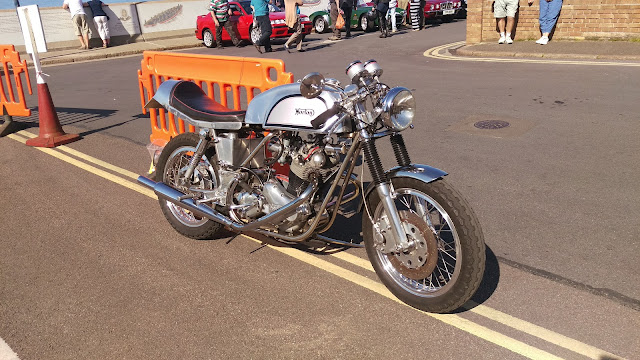 Next event is the NNR Transport Festival. Details at http://www.nnrailway.co.uk/page.php?pid=35. Beattie and Amelia will be there!
Posted by CharlieCeng at 18:07