This is a bit of a plug for my favourite bike magazine, RealClassic, and for a series of articles I've written about Amelia's rebuild.


The first one appears in the June 2015 issue and chronicles the history of the four from Edward Turner's 1928 fag-packet sketch to the demise of the Mk 2 in 1959. 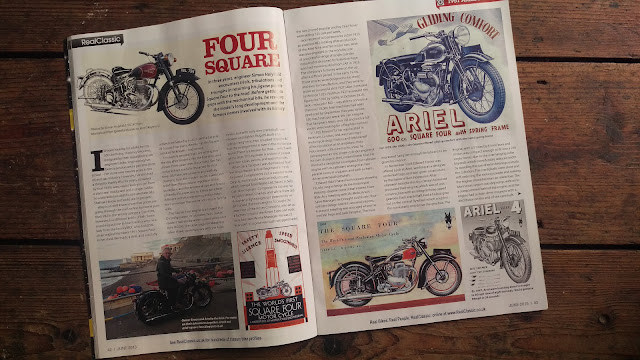 Subsequent articles cover the rebuild from the basket case shown earlier in this blog to the eventual start up, and the impressions I've formed and the trials & tribulations I've experienced whilst running it it in.


The articles are profusely illustrated and span several pages - I think I wrote some 12,000 words in all. Back issues can be obtained from http://www.realclassic.co.uk. 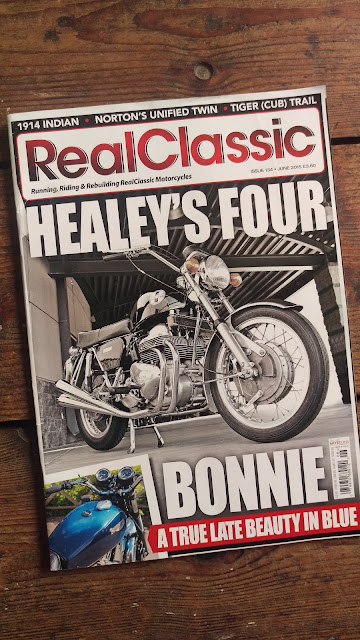 It's an excellent magazine, and I'm sure you'll find Frank & Rowena's writing, along with that of their regular contributors enthralling. Buy a copy, then when you've realised how good it is, take out a subscription.