As part of the Huntmaster fork rebuild, I discovered that one of the captive nuts in the headlamp was damaged and no longer being retained by it's little steel cage; a bit more investigation revealed that it was not the correct nut. You can't buy these, since they are an integral part of the MCH60 headlamp supplied to Ariel by Lucas and as such don't have an Ariel part number; they are not available as spare Lucas parts either (and nor is the shallow-bowl MCH60 headlamp, for that matter).

Its quite easy to make your own, however. Start with some thin cold rolled sheet, about 0.6 mm or 24 SWG; I have to confess I have cut up an old baking tray in the shop which I use for stuff like this! You'll start by making a square nut from some 1/4" or 3/16" plate, and drill and tap a 5/16" CEI hole in the centre. Cut out a 'cross' shape with snips from a small piece of sheet a couple of millimeters wider than the nut, and about 2" longer; the width of the long arms of the cross needs to fit in the square hole in the headlamp shell. You'll need a clearance hole for 5/16 in the centre of the cross.

You should end up with something like this, with the short arms folded part way up the sides of the nut. The short arms are only about 2 mm long. 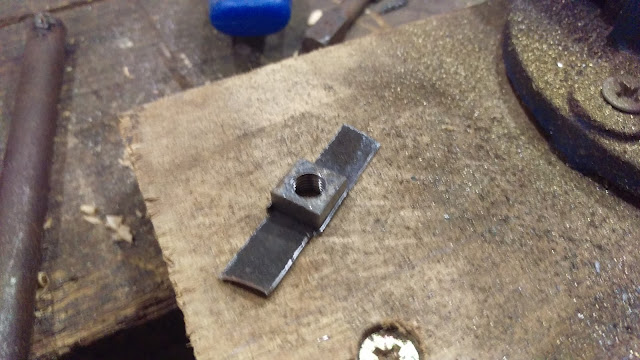 You can fold up the two long arms of the cross in the vice. Take care to fold them tight around the nut, and fold them at 45 degrees over the top of the nut. You will then fold them back such that they come up through the square hole in the headlamp shell; trim them to about 4 mm and nip off the corners: 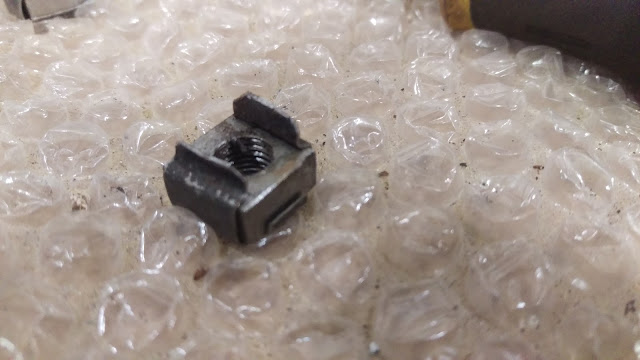 Slip the captive nut into the hole in the headlamp shell. Using a large hammer, held in the vice as a dolly, you can fold the short ends of the captive nut outwards into the hole, tightening them down with a hammer. This is how it looks from the inside, with one of the bolts in place: 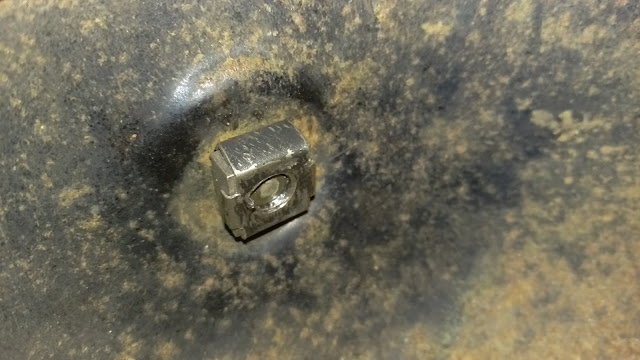 And this is how it looks from the outside - the fold is less neat than I would have liked it, but it is 100% better than it was before. 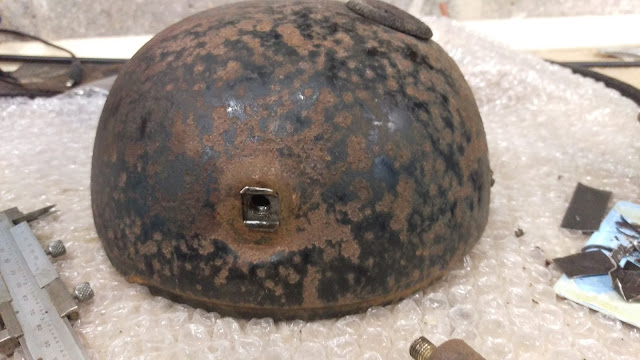