So another sunny weekend in Sheringham brought the annual Potty Festival and the NNR Vintage Transport Festival. Check the pictures - Amelia is there as is Beattie, my Bantam: 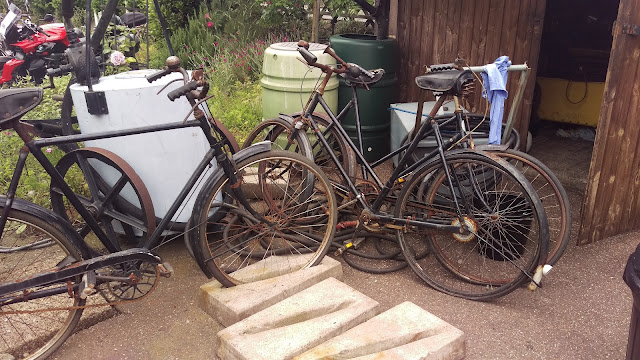 NNR Volunteer Andrew Dawson brings his collection of Seagull outboard motors along each year, which he is happy to demonstrate in a dustbin full of water. 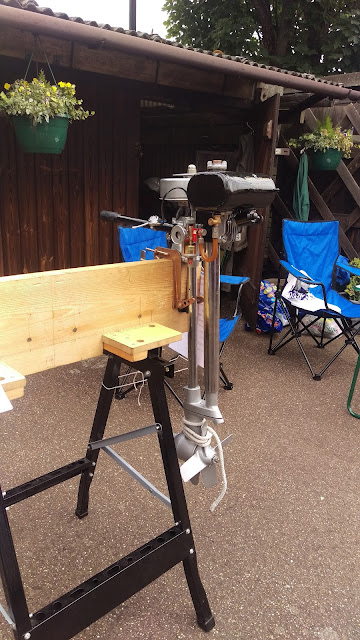 Nice to see some smaller machines: 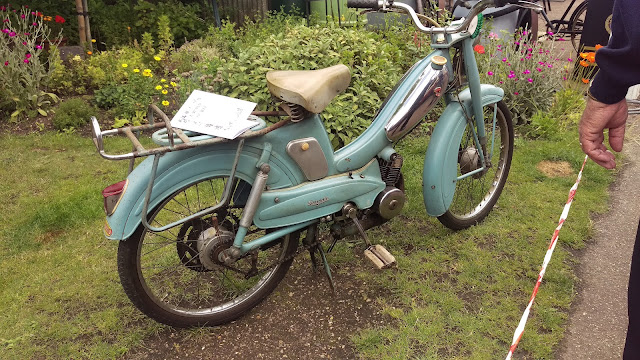 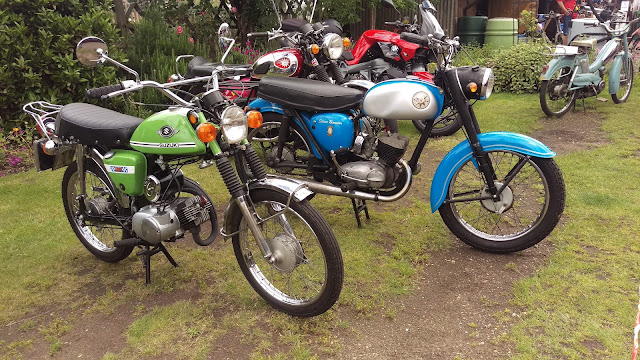 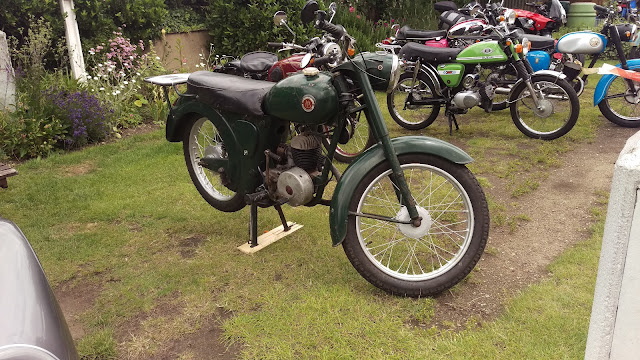 My Bantam, and in the background one of several local Velos: 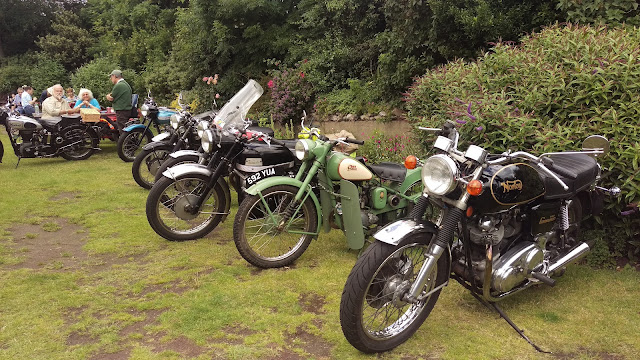 A couple of Vincents this year: 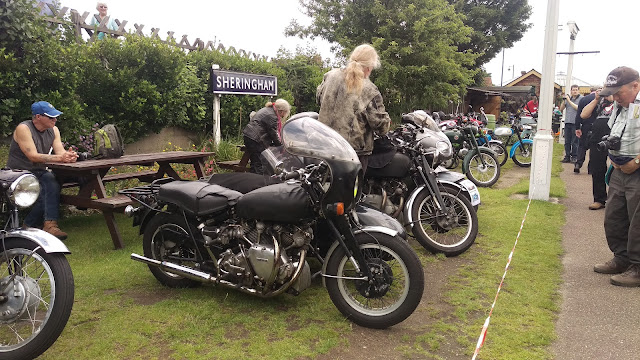 And lastly, a view of the 9F, just arrived from Holt, taken from the new footbridge opened this month and paid for by donations. 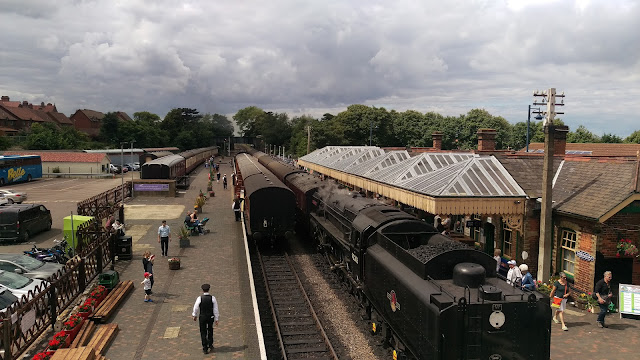 The Sheringham 'Lobster Potties' were first formed in 1986 as a 'one off' to raise funds for Sheringham Health Centre. Such was their success that they were asked to perform at several events and have gone from strength to strength.

Using the Lobster Public House as their headquarters, and being considered by some as 'potty', the name Lobster Potties was obvious! They dance the traditional Norfolk morris style and the group has performed in many parts of Europe as well as the U.K.

In 1994 they started the annual 'Potty' festival with just a few visiting groups, and this has grown over the years, and sides come from all over the U.K. and Europe to take part. This years festival features some twenty teams of varying styles will be in the town delighting hundreds of visitors and residents alike.

A history of the festival is shown on the Potty's website here.

Her's a few random pictures from the weekend: 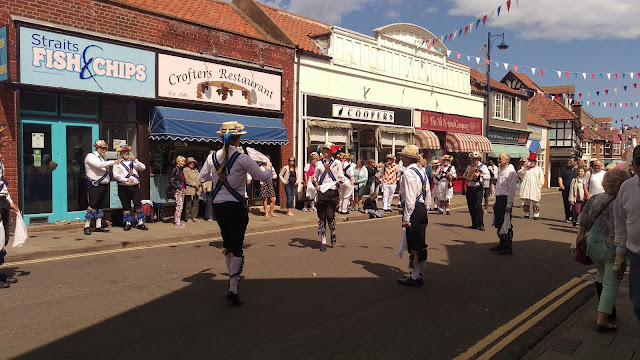 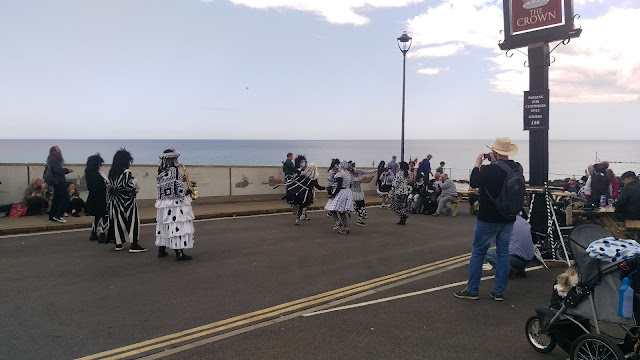 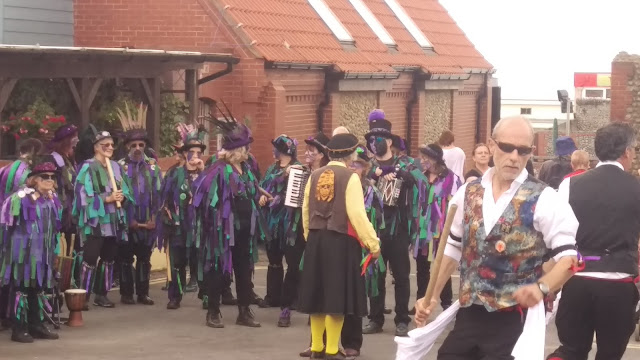 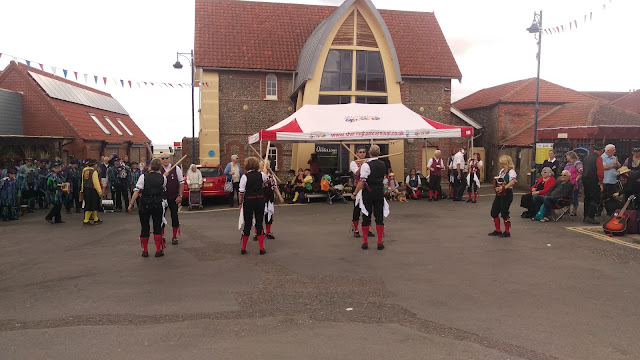 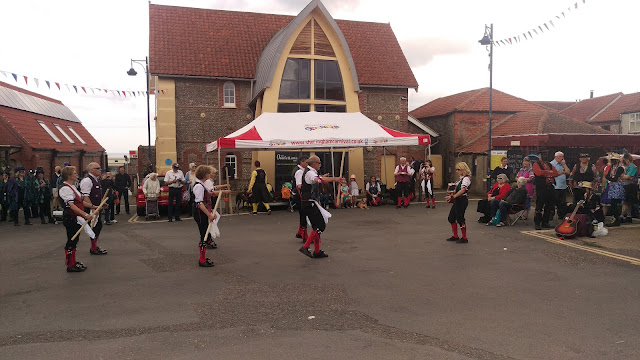