You will remember from a recent post that the forks were stuck down again. After a long trip to Manchester (over three days - graduation ceremony) it's time to sort it out. 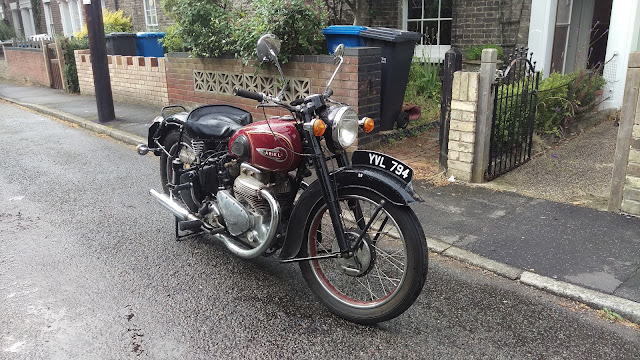 It was fairly obvious that the front end was going to come out, so that was all quite straightforward and nothing I haven't done many times before. Remembering that I had dented the front mudguard, that needed to come off too. 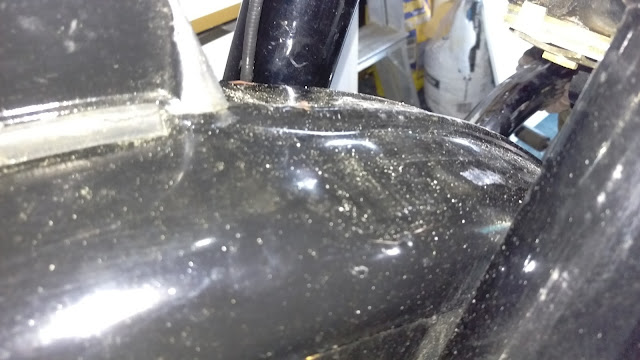 Oddly, the wheel spindle was not forthcoming and I started to suspect that one fork leg may be free while the other was stuck. Manoeuvring the mudguard out revealed the wheel cocked over at a strange angle and I realised that the brake side leg was stuck and the other side was free.

I thought that a luggage ratchet strap would do the job, allowing me to compress the free leg and extract the fork spindle. I looped it over the top yoke and down under the lug on the bottom of the fork slider. 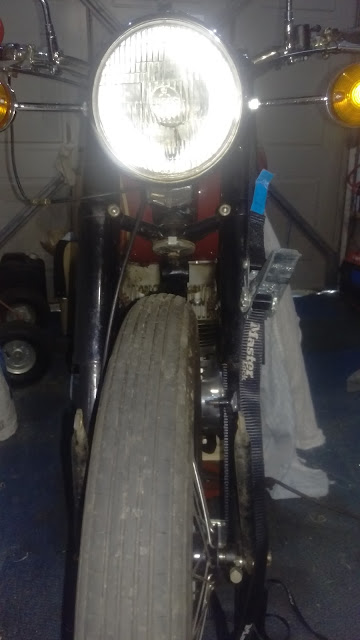 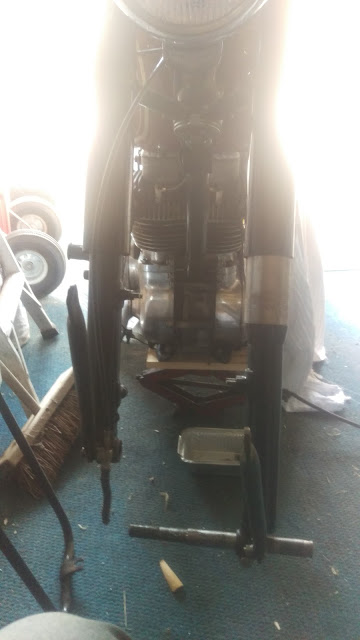 Next, I shaped a piece of stout timber such that it would locate on the wheel spindle and tie-wrapped it to the fork leg. A sharp few taps on the end had the fork leg free again, until next time. 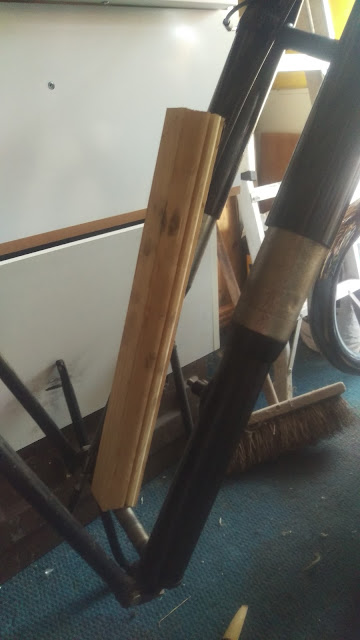