As I move along with the resurrection of the W/NG, I've got around to sorting out the toolboxes. They both have the wrong knobs, and they both have stripped threads; additionally, the lower toolbox appears to be in the wrong place since the lid won't open very far... 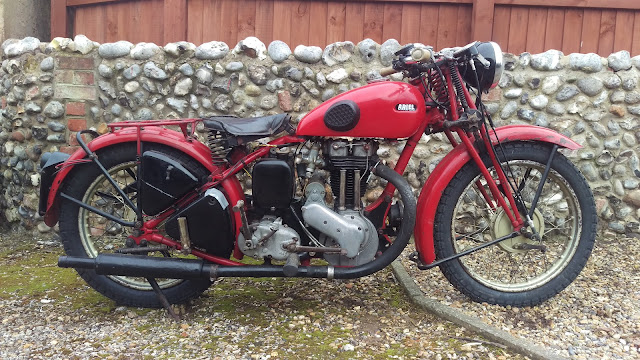 And if you look at this one, its more or less the same: 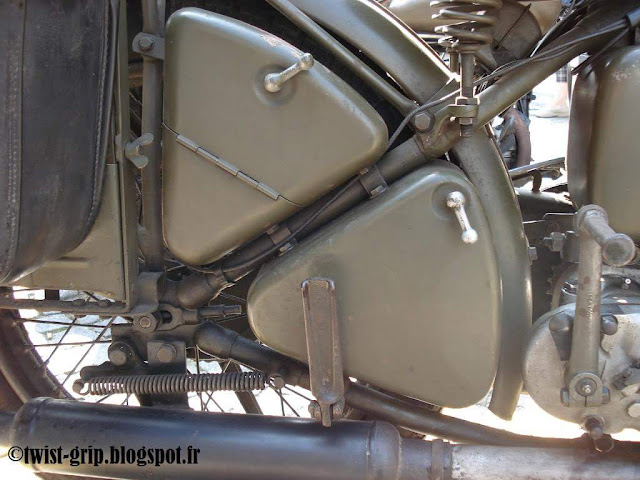 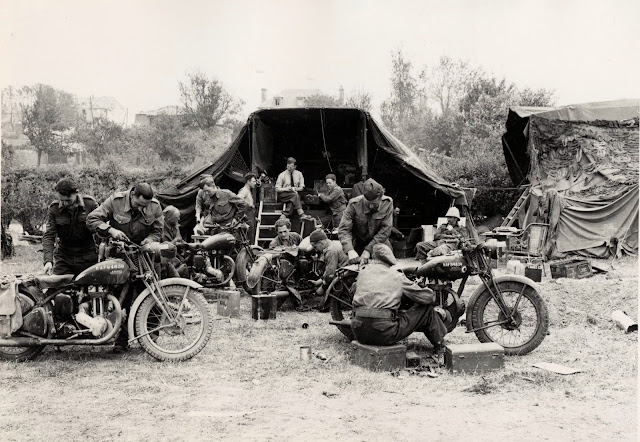 The pillion footrests won't let the lid descend even when they are in the 'down' position. You can see the damage to the paint: 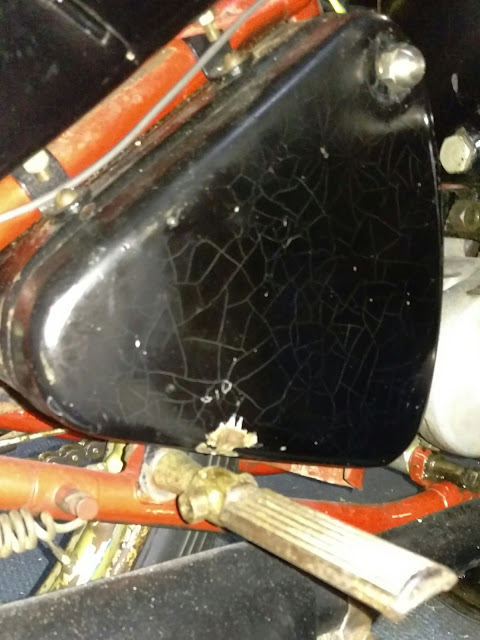 With it off, I can see that the tool roll has to be carefully packed to get it in. You can also see the knob thread which someone has drilled out to 9 mm... 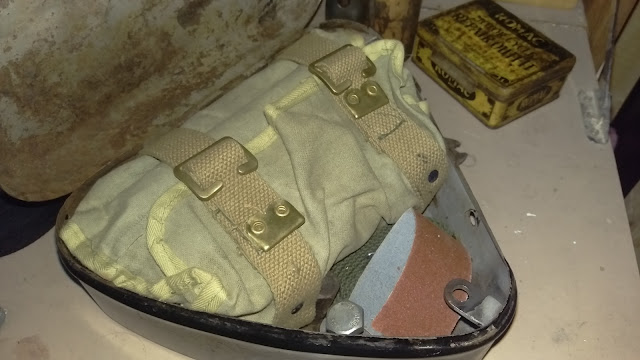 10 minutes with the TIG sorted that out... 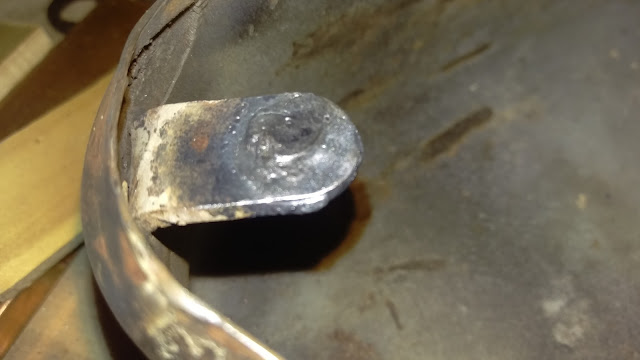 And here is the other one, from the small tool box - this is just worn. Its set up with a small piece of 1.5 mm sheet closing the hole, with a big copper heatsink underneath to help me weld it up. 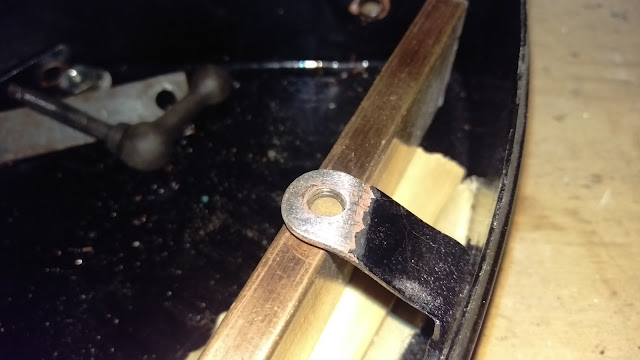 The small toolbox also has this sleeve around the knob, riveted into the lid. This is missing from the bigger toolbox. 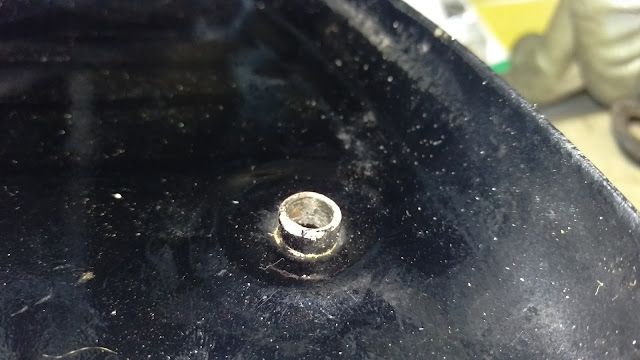 These tabs are threaded 1/4" CEI. I drilled and tapped these through the knob hole: 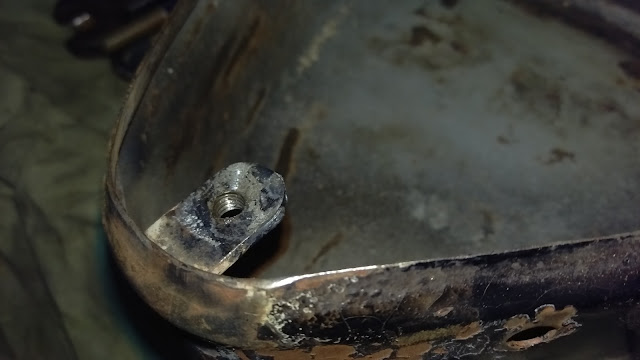 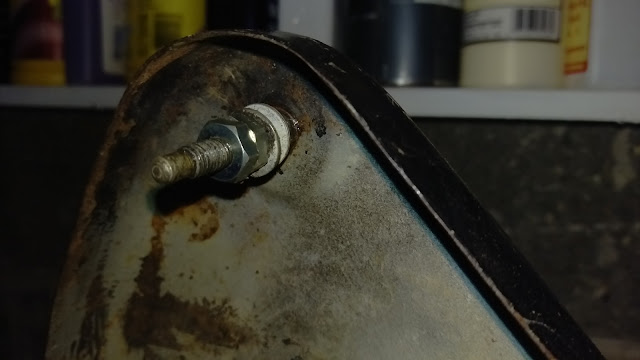 So that's it, done. Now I can load up the tool boxes - its quite difficult to get the tools in: 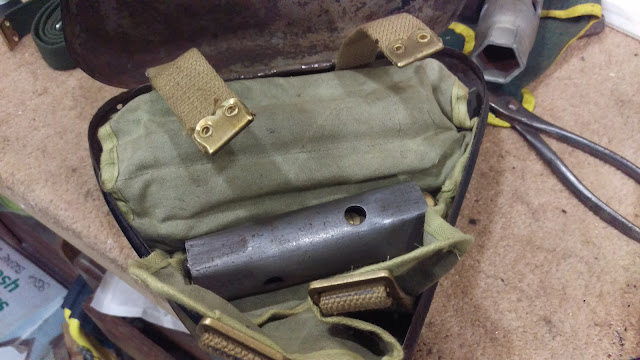 Some of the large toolboxes have a document holder in the lid, and a chain to stop them opening too far. The chains appear from some time in 1942 - the part numbers are the same, but the description in the parts book changes. Not sure whether mine should yet... There is something in the lid of this one, and no chain - you can see from the knobs it's quite an early toolbox (the gravity toolbox knobs appeared in 1942): 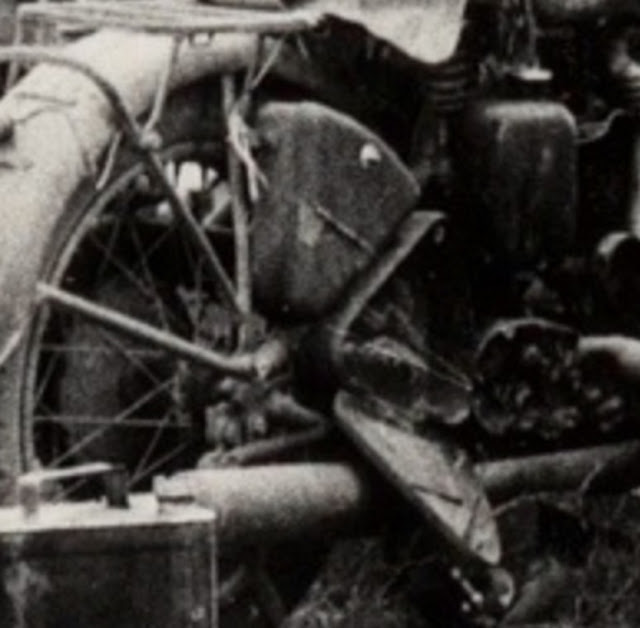 Some odd paint marks and brass rivets in the lid of my larger toolbox. The paint marks suggest the shape of the document holder in the period picture above: 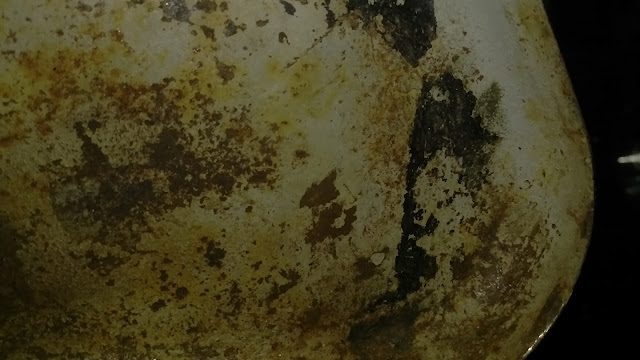 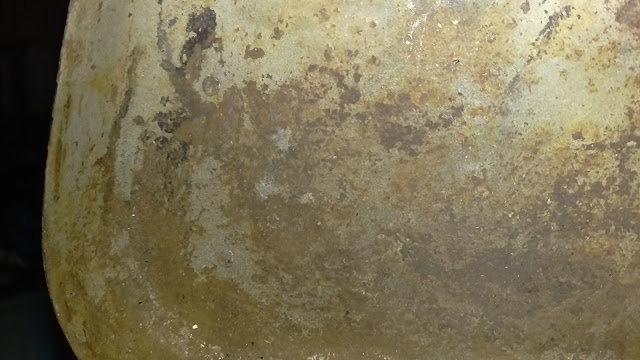