Some way back, eager readers might remember I bought my mudguards from an eBay contact and that they were from a bike supplied by Hallets of Canterbury. Well, quite by chance Marcel Hallet, great grandson of the Marcel Hallet whose name adorns a brass plate on my front mudguard got in touch. In his own words:

A little bit of history. Hallets was opened by my great grandfather after the war. My grandfather and his brother also worked there. It then purchased a company called Invicta Motors the dealer for Ford, who were in financial difficulty. Invicta grew and grew over the years having Ford dealers in Ramsgate, Margate, Faversham, Canterbury. Invictas was sold to a Japanese company in the early 2000's. Hallets the building you see in the photos was knocked down around 2 years ago and now has a block of flats with shops underneath.

And there were a few famous names associated with Hallet's:

Derek Minter (born 27 April 1932) was a British former Grand Prix motorcycle road racer. After National Service in the RAF he often became a fascinated spectator at Brands Hatch and took a job with Hallets, of Canterbury, the motorcycle dealers who were to become his sponsors. The proprietor, Ray Hallet, had been a useful road race and grass track rider himself and had taken Derek to the Isle of Man to be his mechanic in the Manx Grand Prix. Eventually Minter persuaded the company to provide him with a BSA Gold Star. Twice he entered his name for races at Brands Hatch and twice he backed out, suddenly realising that it took more bravery to turn up and race rather than watch. Eventually he plucked up courage and began to show real talent.

His best season was in 1958 when he finished the year in fifth place in the 500cc world championship.In 1960, Minter won the North West 200 race inNorthern Ireland. In 1962, he won the Isle of Man 250cc Lightweight TT.

And the local motorcycle manufacturer, Norman Cycles of Ashford:

Dealer Hallets of Canterbury entered a two-rider team in the 1959 & 1960 Thruxton 500 mile races. Les Hatch (Norman employee) and John Punnet (Greengrocer) rode a factory prepared B3 Sports, engine was specially tuned by Villiers. The B3 Sports was more or less standard, they came 2nd in the 250 class in 1959. The result boosted the Norman order book by £10,000 over night.

Marcel was kind enough to let me post these splendid photographs: 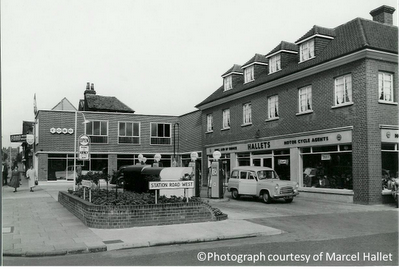 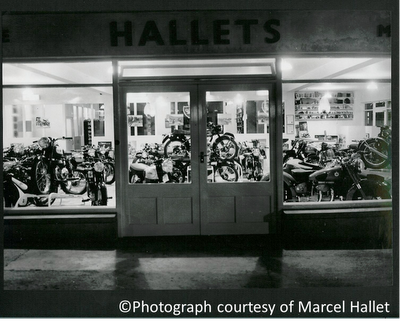 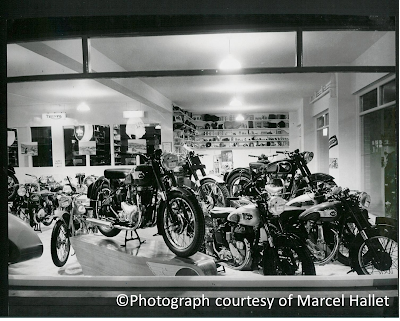 An Ariel single and a VB: 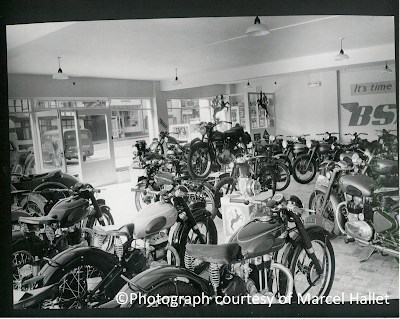 Another M20 and a Gold Flash: 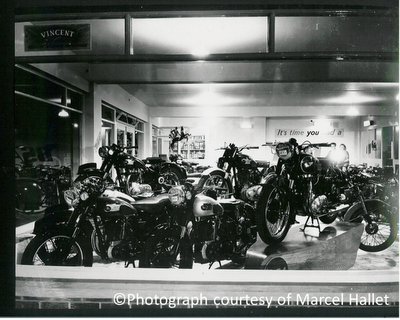 And this is the best one. Are those my mudguards? that is certainly a Mk1 Square Four, no chrome on the tank so it must be '51 on... 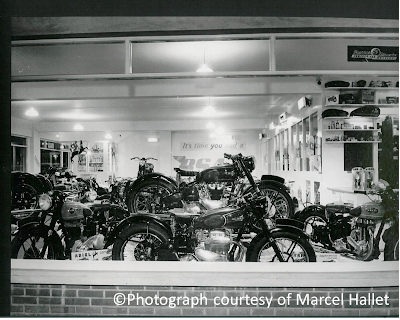