As part of the winter lighting upgrade I had to change the original, rusty BPF reflector to a H4 fit reflector to suit the new bulb; I bought this from Paul Goff and all was well, until I came to fit the rim to the shell and found a very tight fit - much worse than normal.

Pushing too hard, I cracked the new glass: £35 down the drain. 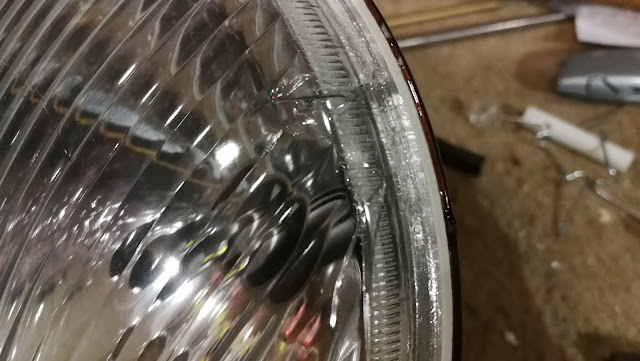 However, after the event I realised that I wasn't too happy with losing the old Lucas BPF glass, with the Lucas logo in the middle and that actually this was a blessing in disguise, though it might not enhance my beam pattern too well. I decided to replace the broken glass with the old one, that I would extract from the original rusty reflector.

I started with the spun edge of the reflector here: 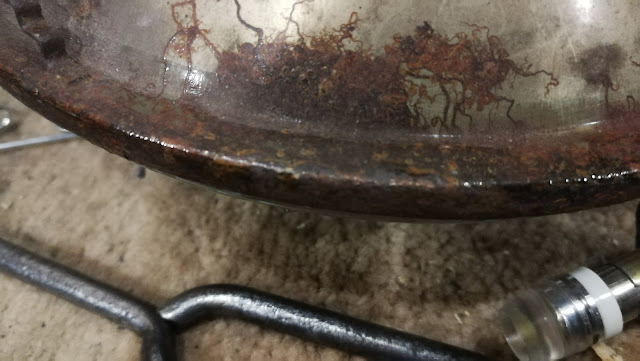 And I introduced it to the bench grinder, removing the metal until I broke through the fold: 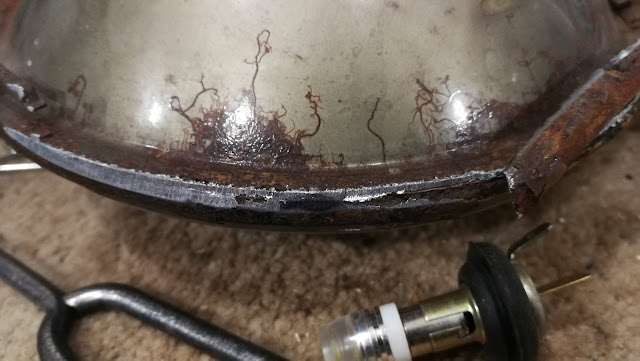 The spun edge of the rim could then be prised off and the old glass released. You can see the poor condition of the silvering: 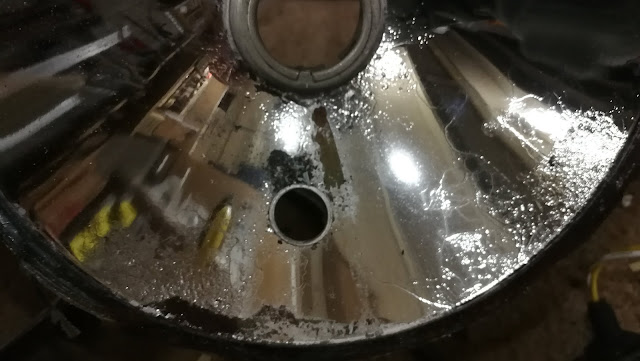 The glass was in need of a clean, but otherwise came through the process unscathed: 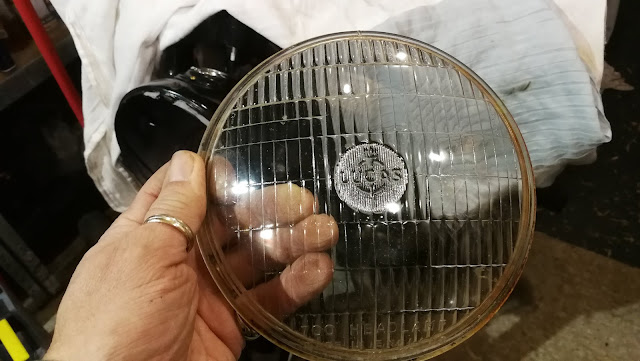 The new reflector had the rest of the broken glass removed, by pushing the glass out with a metal bar through the bulb hole and by removing the edges with pliers. The glass is held in with a relatively soft mastic which you can cut easily, and if you are trying to remove a modern glass and keep it whole you can cut the mastic around the glass, and then lift the edge of the reflector off the glass at a small slot in the reflector (seen on the far side of the picture). You can get a small screwdriver in here and start the removal process: 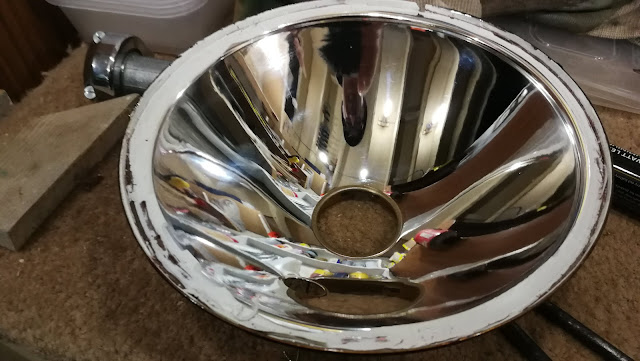 I used a similar product to put the new glass back in: 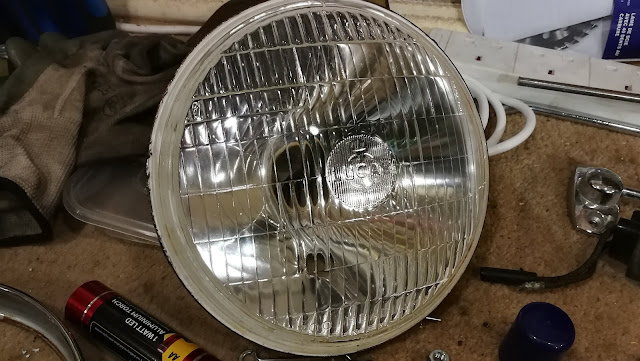 Getting the rim on was still a challenge. I removed most of the new paint from the edge of the shell; made sure both the rim and shell were circular; fitted the rim without the lamp unit and checked clearances for the W clips around the rim.

It was not until someone suggested greasing the shell (thanks Les!) that it went on - a bit of silicone grease on the rim had it slipping on easily. 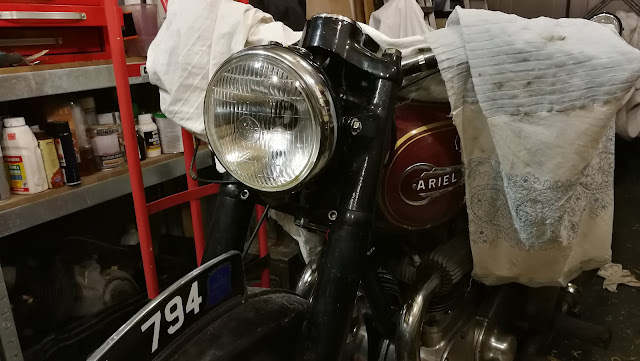