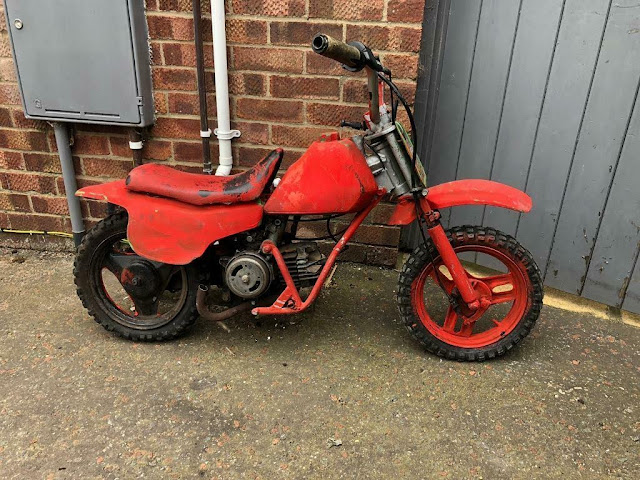 Under that horrible red poster paint is a Honda QR50 from the early 1980's (initially I thought 1983 - overhauling the seat revealed the seat cover was made in 1988) which is a mini-crosser with Honda Express running gear. One day it may look like this: 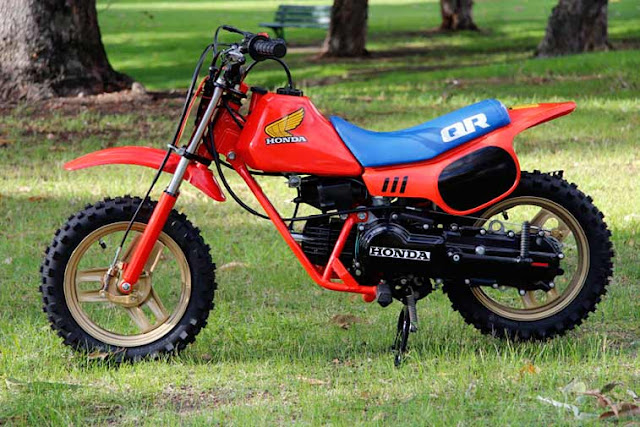 It looks pretty scabby, and it looks like the rear suspension has collapsed. It is now in a pile of bits, but over the next few months son Thomas and I will get it ready for my grandchildren to ride! 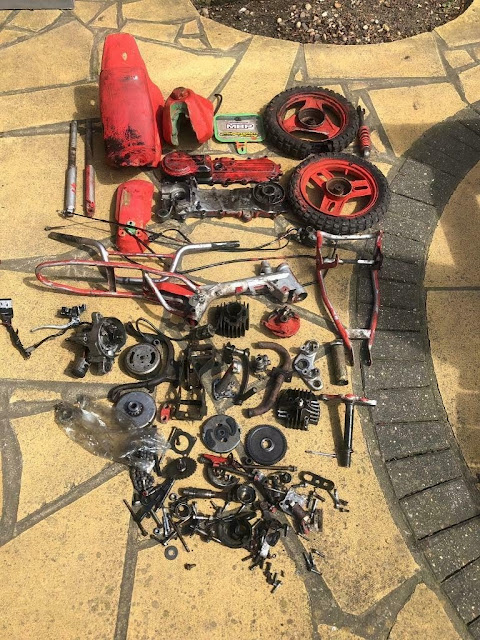 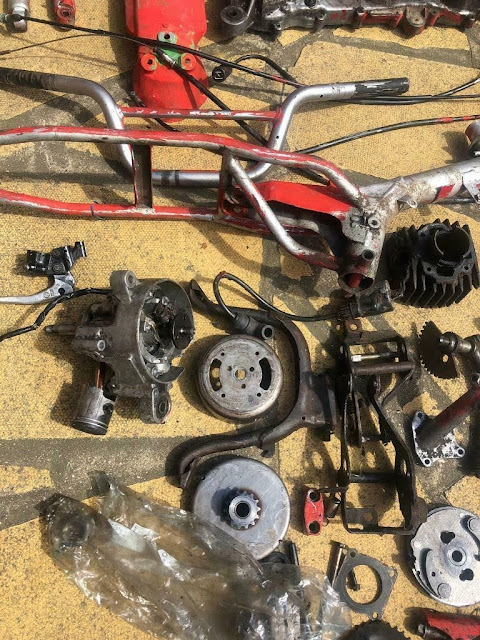 This is the engine/transmission unit, assembled - not ours, a reference picture from Google. You can see the two 'swinging arm' bearings behind the cylinder: 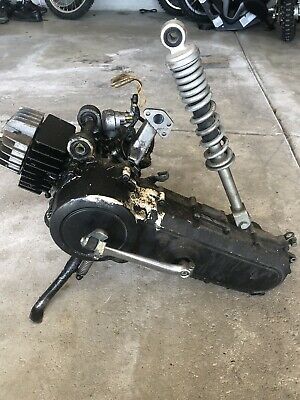 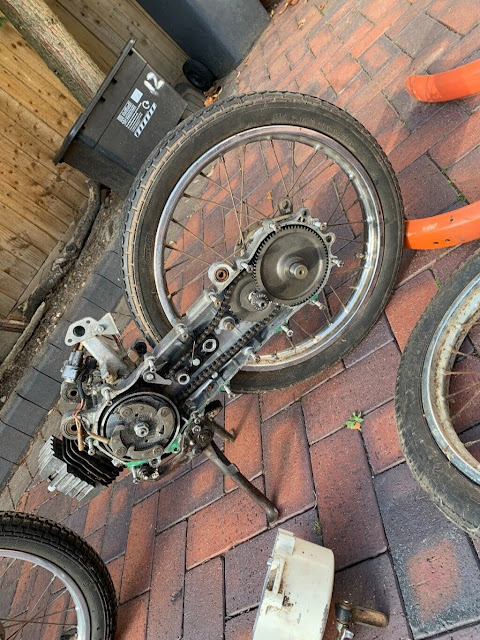 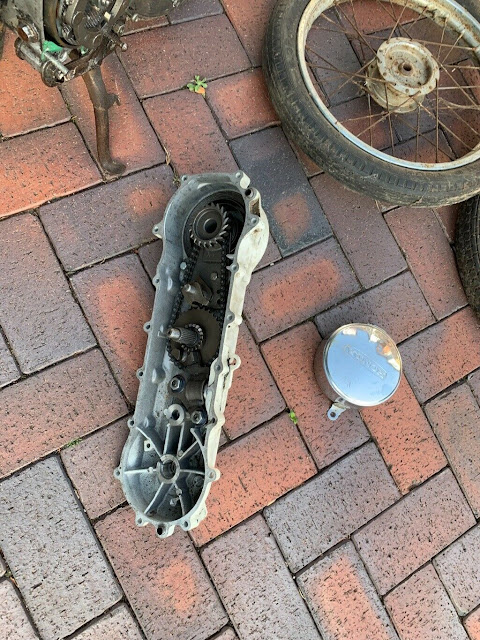