W/NG - getting rid of the fouling problem

A week before Christmas I needed a haircut, so I took the opportunity of a sunny day to take the W/NG on its first decent run since the engine rebuild, having replaced the 0.107 needle jet with a (correct) 0.106. It took me 30 miles to foul a new W8AC, instead of 3; for the trip back I changed to a used B5HS which took me another 30 miles until it too showed signs of fouling.
It was all my fault. When it arrived from Italy, the W/NG had a 276 fitted and I renewed the needle jet for the 276 because the one in it was knackered, and all was well. Then I found a really good 275 body, marked for a W/NG and I swapped the needle jet and main jet into it with a new slide and needle. Of course, the 276 uses a 107 needle jet and the 275 needs a 106 so I had unwittingly installed the wrong one, so finding that improved the situation. 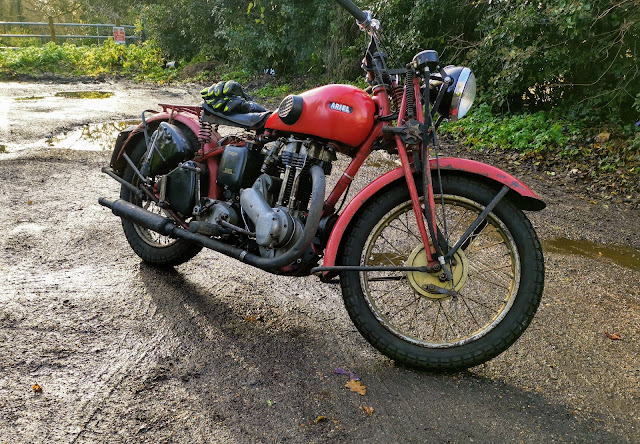 Back to the present, and with hair trimmed, I rode back to the coast and it was surprisingly dark when I got home. On the way, I pondered other elements that I had swapped from the old carburetter and realised I had no way of knowing whether my main jet was indeed a 120 (it is stamped 120) or had been tampered with. I ordered a new main jet when I got back. I suspected someone had attacked the 120 since it was smoking when I took this picture and had fouled the Bosch plug on the way down. 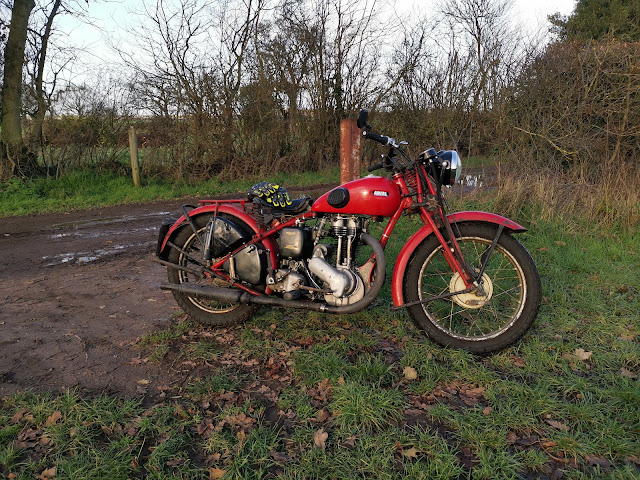 It was a good run though and she was humming along getting to 50 easily on the flat, though of course I am being very careful not to stress the newly rebuilt engine.
A few days later, a package from Hitchcock's arrived - I have taken to buying Amal spares from Hitchcock's, since their postage and packing costs, a flat fee, are more reasonable than Burlen's. 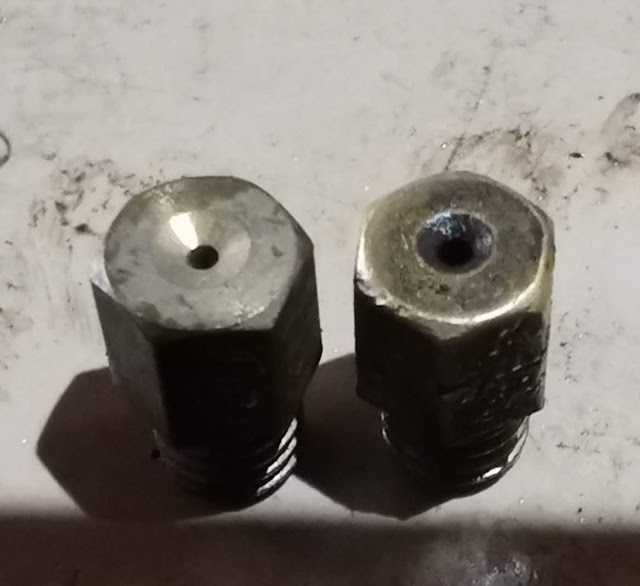 It's a matter of a few minutes work to change a main jet, and have a look at what I found. The question we have to ask ourselves is when is a 120 main jet not a 120 main jet? And, as you can see from the picture, when someone has stuck a drill through it!
Afterwards, I took the old W/NG on a short run to Cromer and it has now stopped smoking and is much more sprightly. I'm hoping the fuel consumption might be better, and it will stop eating spark plugs! I've done about 35 miles on the old B5HS so far, so it's definitely improving but I've installed an old Lodge HN out of the Huntmaster to see what happens. The B5HS is certainly not as light as I would expect it to be when you consider that it is too hot a plug for this engine.
Posted by CharlieCeng at 10:43