After the gearbox was back in, I decided to have a bit of an interlude and sort out some of the fabrication jobs that had been knocking about.

Finding myself with a spare hour or two one day, I made a start on the dent in the oil tank. The tank has had a major league ding in it for some time. Some was on the AOMCC forum suggested it may have been a battery explosion - it looks more like someone has used it for target practice.

Taking inspiration from a good book 'Building Budget Brits' I decided to use a method involving brazing & pulling to remove the myriad of dents in the tank. Some of them were very deep & localised, clearly with a lot of stretching going on. Now I could have filled or lead loaded this tank and avoided all the work, but I'm keen to learn and try new things....

So the idea is, we pull the dent out without holing or cutting the tank by fixing a suitable stud, wire, piece of scrap to the bottom of the dent and pulling it outward. I'd hoped to be able to weld to the tank and to pull the dents out with the tank hot, much like I repaired the breather tower. However, I was a bit concerned that I might just end up holing the tank, weakening the area around the weld and pulling or tearing the material.

So I elected to braze plain steel nails into the bottoms of the dents and pull them out cold. This would be OK, because during multiple brazing operations the material would be annealed several times. Then, I put a steel bar across the panel being worked on, to act as a fulcrum for the pulling operation. I used a pair of combination pliers to grip the nail and pull the dent out.

So here is the first pass 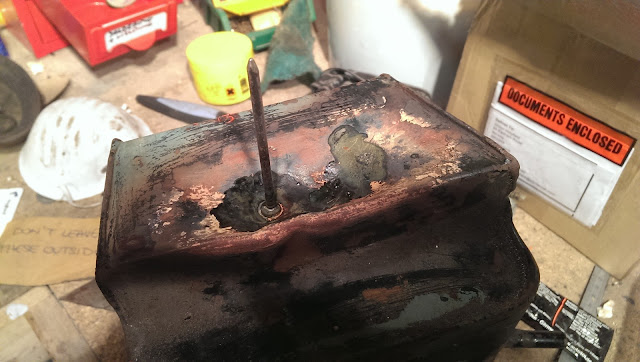 Nails resited, here we go for the second time.. 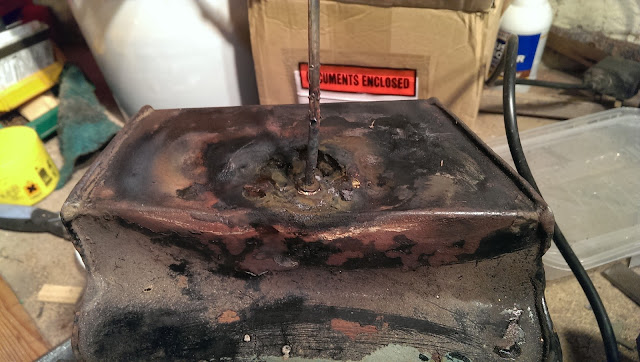 and a third attempt 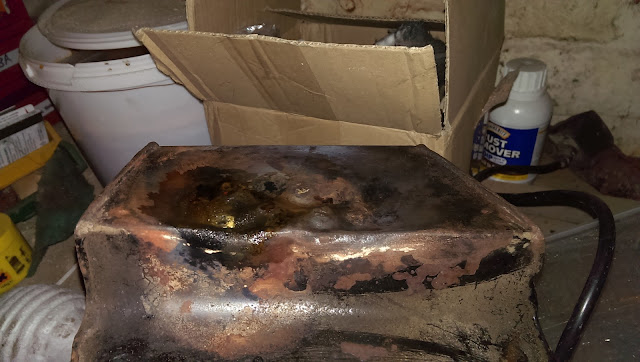 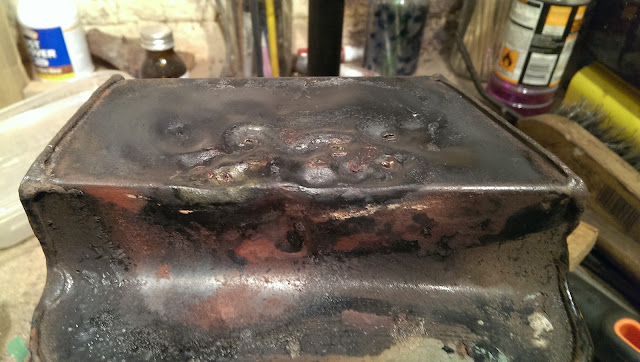 So before the fourth attempt, we had created several 'peaks' to go with the considerable troughs already in the tank. Levelling the peaks gave us an opportunity to lose some of the stretched material, by locall heating (bright red) in the area of the peak and reducing the height with some light hammer blows.

This is almost at a stage where we could use some filler... Lead maybe...

But, reasoning that this was going well and I could get more of that dent out, I pushed on with a fifth go at shrinking & pulling. This was lower but more level until i cleaned the flux off and I realised the 50 year old steel had cried 'enough'! Take a close look at the picture and you'll see a lot of cracks have appeared: 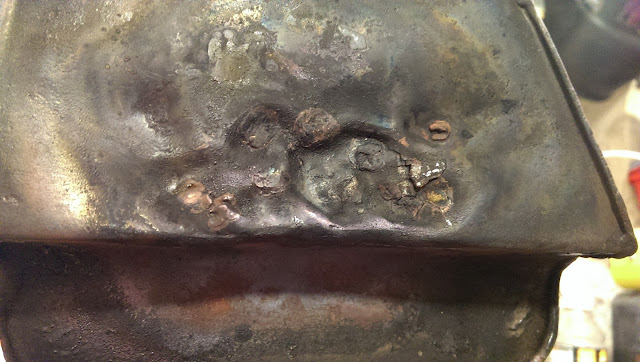 I think that ﻿this is due to hardening. Of course, annealing or normalising steel has a time element to permit removal of stress and changes in the grain structure and of course cooling this thin material happens very quickly. Added to that, the material was obviously thin from 50 years of corrosion. 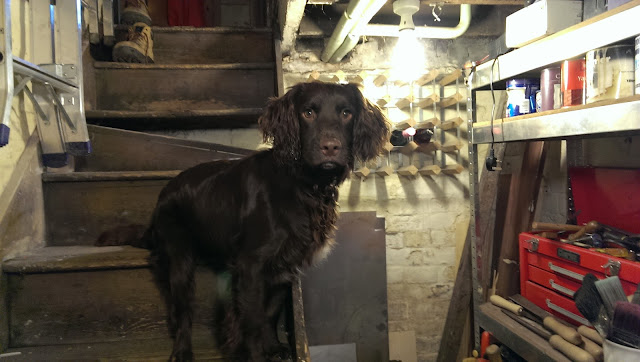