So we are getting closer to fitting the block and pistons... First job, polish the block.

But first of all, remember that broken fin? 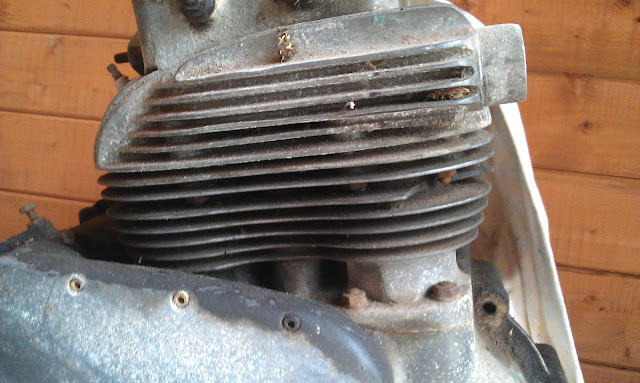 Well, here it is again. It has been built up with weld (small TIG torch) by a very clever man called Steve at Bernard Ashpole's: 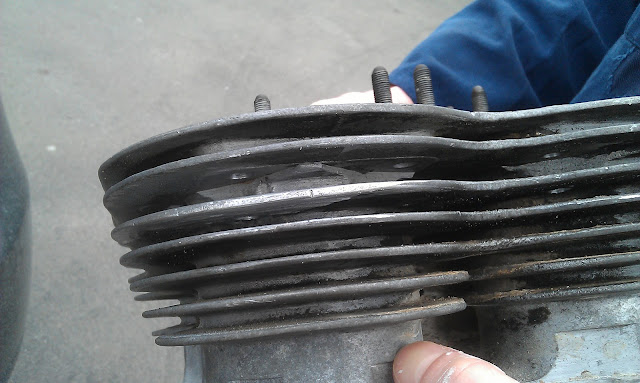 And later, having years of cr@p cleaned out of it. This debris has been removed bay various bent wire tools, poking out all the areas between the fins, the pushrod tunnels, and between the cylinders. It's a complex casting, I would love to have seen the core for it: 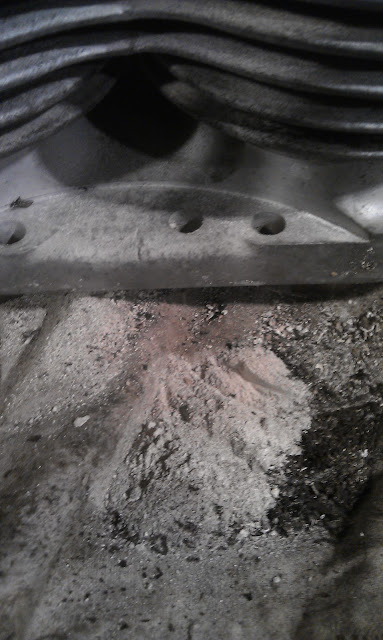 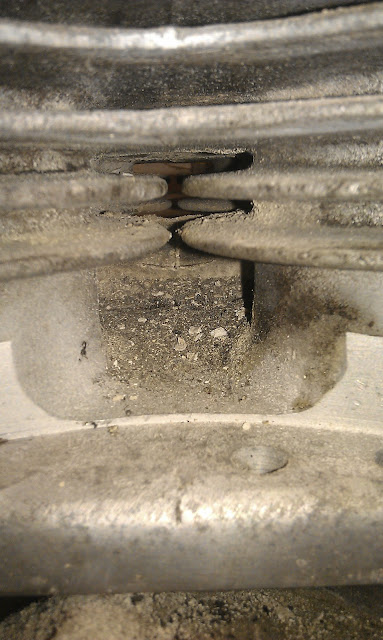 There is actually a 'ramp' in here, shaped rather like an old-fashioned deflector piston, which deflects air upward towards the head. You are looking from the rear, where the dynamo would be, at the back of the ramp:
And here it is today, polished as it was when it left the factory. You can see the honing marks Ashpole's left: 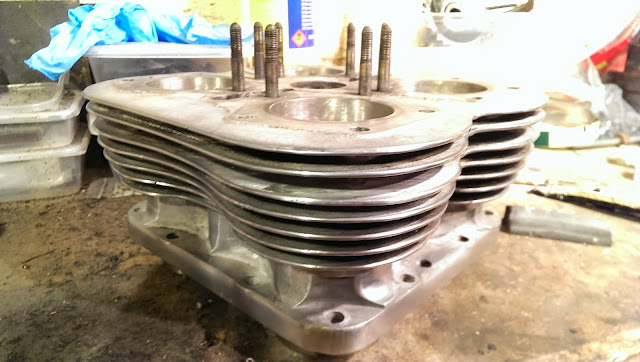 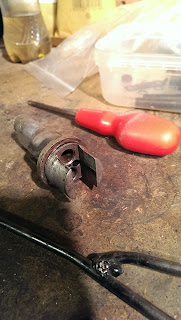 Next stop, and before I forget to put them back, the tappet blocks. Here is one of the three good ones - one of them came out in several pieces. 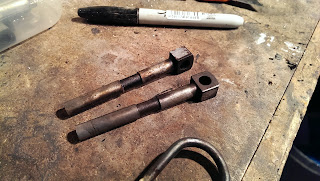 Here are two of the tappets. The groove is for a small wire circlip which serves to retain the tappet in the tappet block. This appears to be an assembly aid, since it stops the tappets falling out of the block when you lower the cylinders into place. 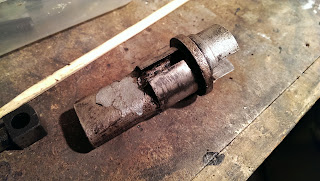 Another view of one of the tappet blocks. Curiously, these are plated with something resembling tin? Not sure why. Heat transfer?
This is the new one from Drags: 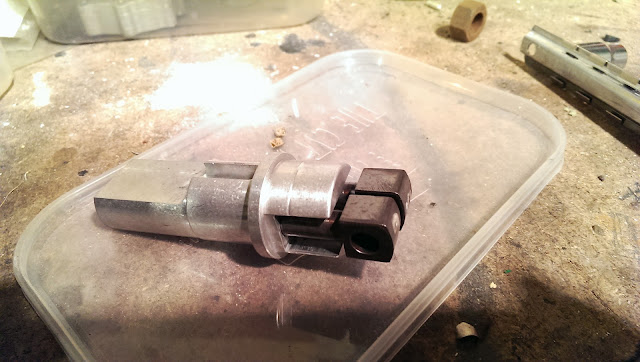 And this is how you fit them. First place it in position: 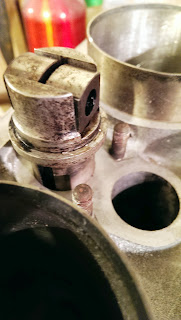 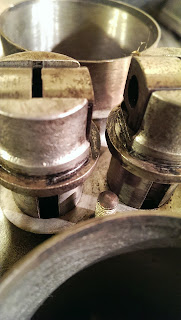 Then you can place it's neighbour. Observe that the two flats are facing each other. 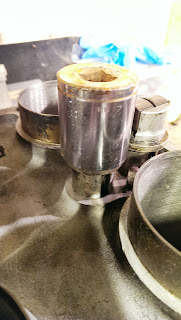 Then you can drive them in with a large socket. A little heat helps, or a press - but I don't have a press... So the hammer is always at hand. 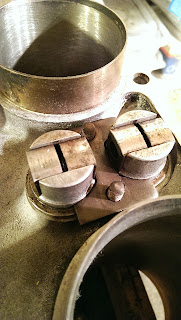 When they are in place, you can fit the retaining bars.
With their tab washers & nuts: 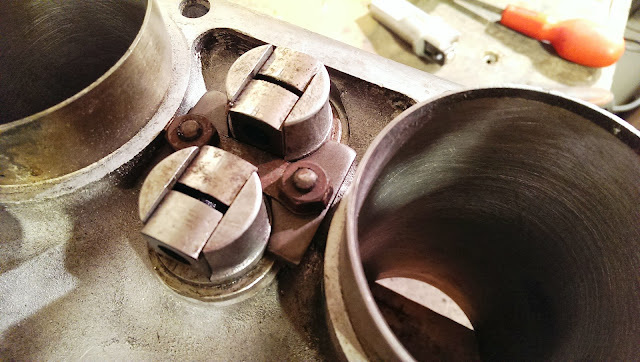