Well, its been 2 months since my last post, and you might be forgiven for thinking that nothing much was going on.


Soon after getting the bike started as I showed you in a previous post, the registration came through and I was able to order the number plates. 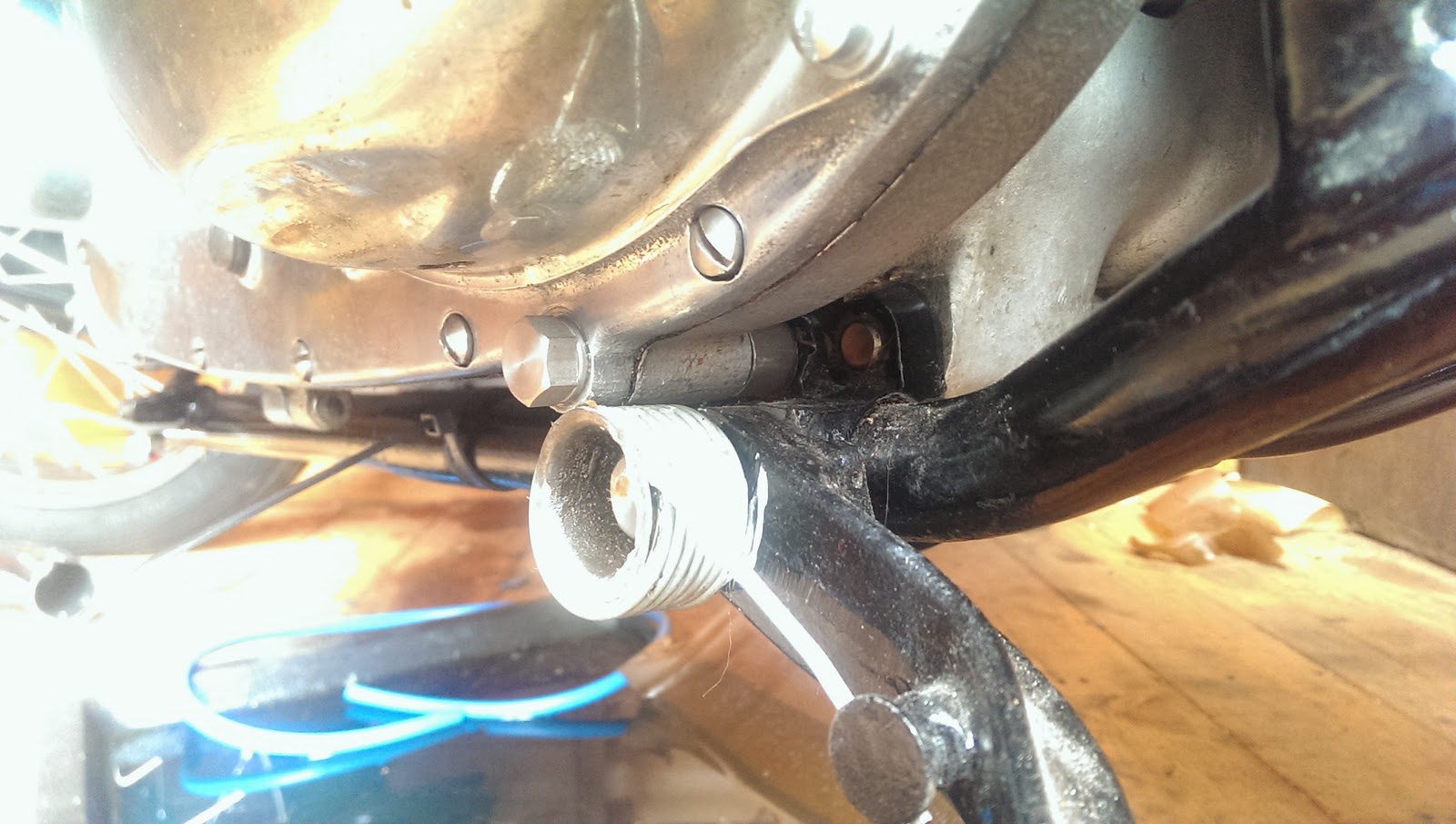 There were a few little jobs left to do after start up, which got easier every time I tried it. I'd noticed when building the engine up that one of the rocker cover studs was damaged, not allowing the cover to be tightened down. I replaced them all with new studs from Drags.

I made a spacer for the primary case to frame bolt, and filled the primary chain case up to the drain hole. This appeared to be necessary to get the oil level sufficiently high to lubricate the chain, but AOMCC wisdom suggests I may regret that later.


When I'm out for the first time on a newly rebuilt bike, I plan a route, around the house or workshop, not more than pushing distance away. That way, I can ride round and round and never be too far to push the bike home. When I've gained some confidence, I increase the radius – the idea being that I shake out the larger issues near home, and then if something happens when I am farther away I still only have the radius of the circular route to cover to safety.


Braving the mid-morning traffic on the first outing, the fuel line airlock returned just as I was passing a crowded pub... All the faces turned to listen to the old bike thundering down a shallow hill just as it spluttered to a halt before attempting the other side. 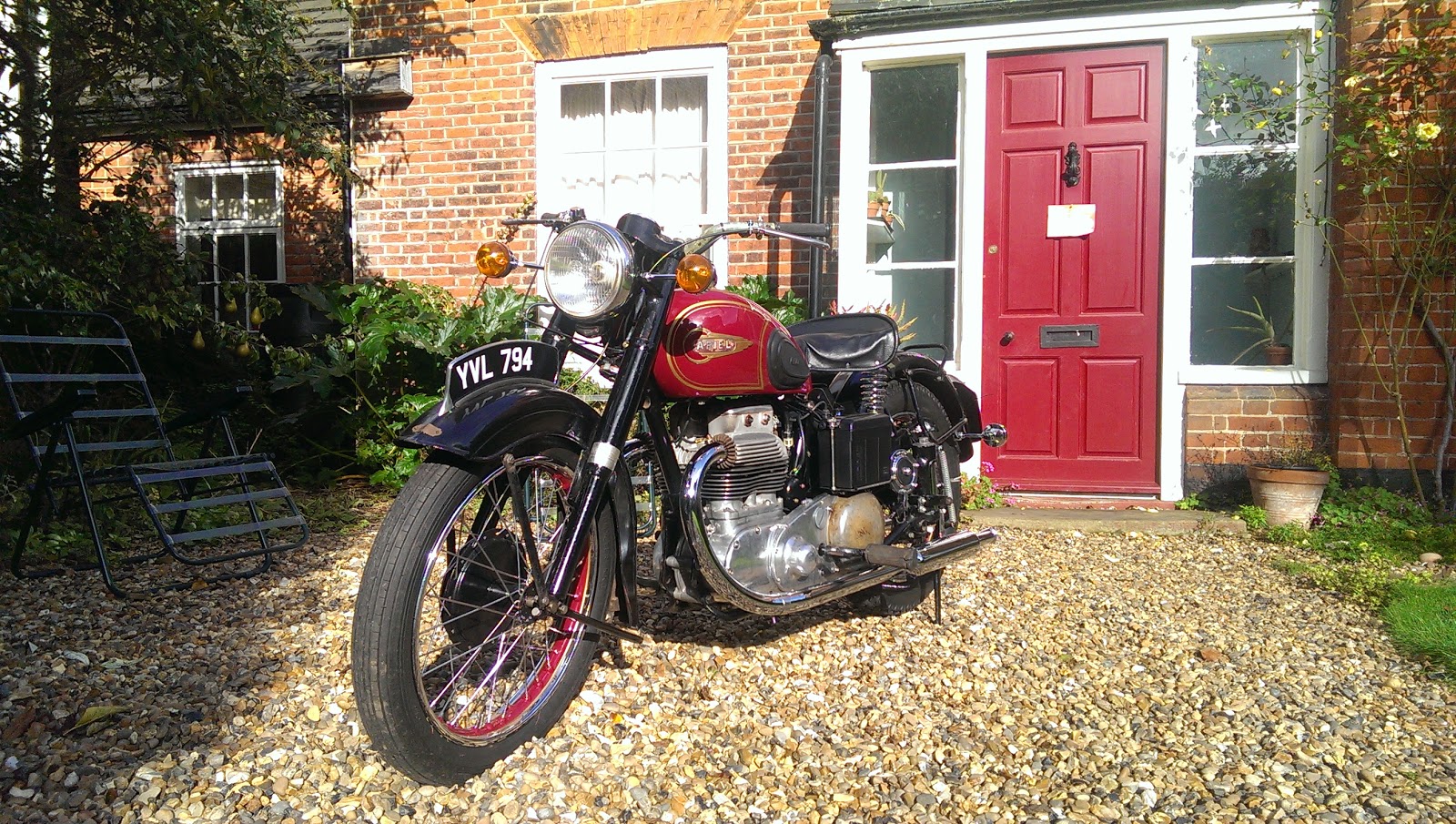 I pushed it down a side road and home, to arrive, in time honoured fashion, drenched in sweat...


Riding impressions? Initially I found the steering wandering, which was easily cured by backing off the steering damper. Its incredibly smooth – with a surge of torque as you open up. I didn't get out of second gear on the first few trips. Its easy to start, and every time I do it, I notice the engine's stiffness easing up.

The fuel system is still plagued by air locks. Its not help by me filling the tank with barely a gallon – the tap is very high in the tank, especially since the tank mounting rubbers are not correct resulting in the rear of the tank being rather high.

The mixture needed setting up, as did the tickover, which resulted in me finding out that adjusting the carburetter with the engine running is a risky operation if you don't want to burn your hands. I made some special screwdrivers to get at oddly position screws.

The brakes are being adjusted on every trip, and they are still bedding in.

It seems to be charging happily - in fact the electricals are all ok.
Posted by CharlieCeng at 18:58