Time for some maintenance - re torque the head. There are a few small oil leaks around the head gasket, so I pull the nuts down a little more, maybe a 1/4 turn on each - except these guys: 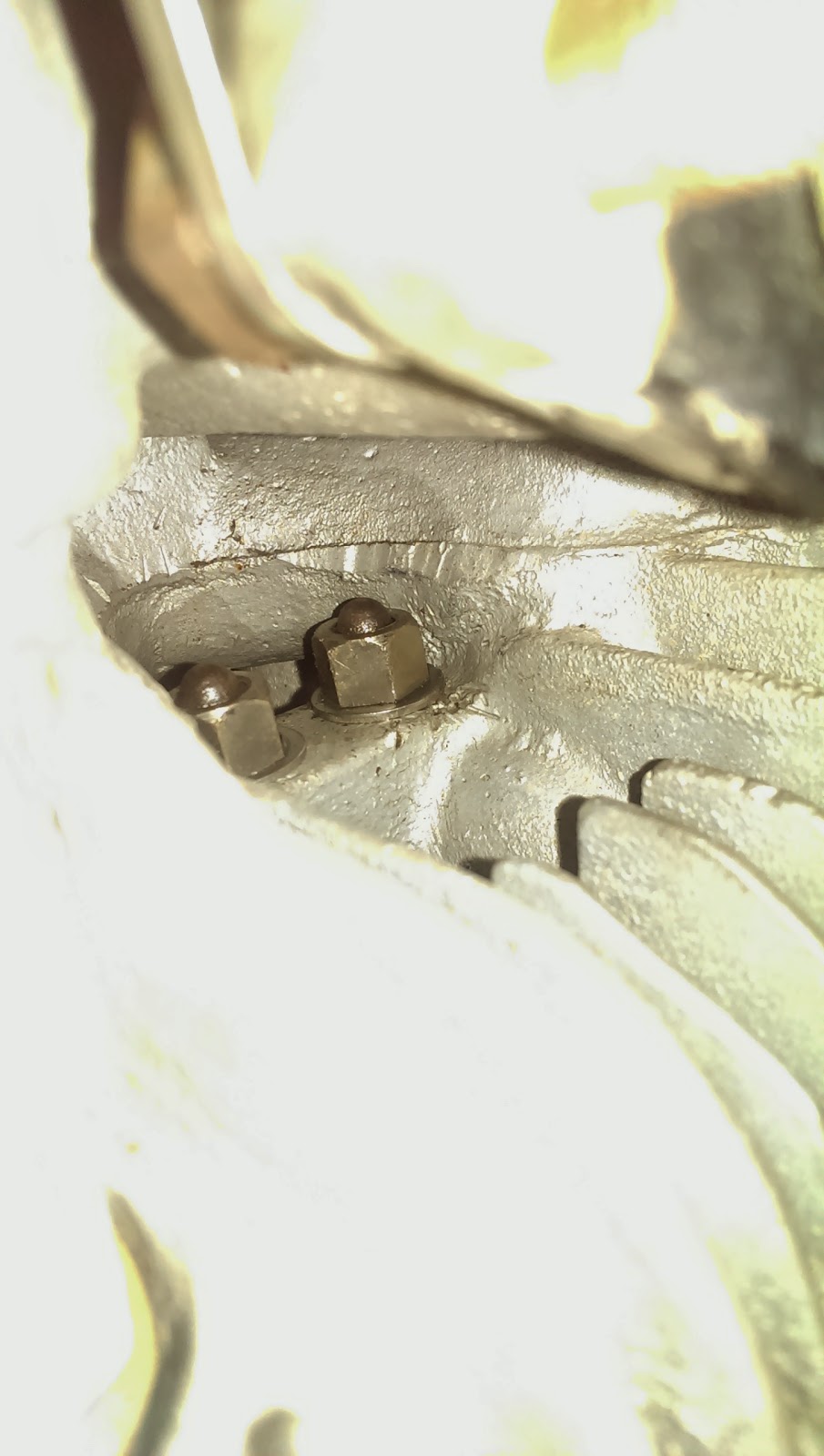 These guys are only hand tight. Now I know I made a better job of that when i pulled them down the first time...

So I've worked around the head and the base gasket, pulling everything down. I've also replaced the rocker cover studs, one of which was badly stripped (at the nut, not the head, fortunately!).

So I've also had to reset the tappets, and since all the plugs were out I have bent the terminals a little to improve the HT cable routing.

I've sealed the exhausts at the cylinder head with high temperature silicone sealant, so hopefully we won't have any more exhaust or oil leaks.

Next stop was the clutch, which I have readjusted.

The final job today was to take out the inline fuel filter which served only to cause air locks. You have to be careful with these - there does not seem to be much resistance to flow but really they are better suited to pressurised fuel systems.

So that's it. She starts beautifully, coming off the bi-starter after a few minutes and settles at about 25 psi oil pressure at idle, which I am very happy with.

Just running it on the stand, the clutch seems better but it will take a road test to check that out. Since there is builder-mess outside the workshop door and my back is now aching again, we will leave it for today.
Posted by CharlieCeng at 23:22