Winter Work on the SQ4

It's time to think about winter jobs on the SQ4. The W/NG is the go-to bike and with no chrome makes an ideal machine for the winter, so if I can resist the temptation to tinker with it I can get on with the SQ4 and still have a bike to ride. The SQ4 jobs are:

I'll make a separate post for the chain guard. It's here.

But first, checking the bike over reveals that the horn doesn't work. A quick nose about with the multimeter reveals no supply at the horn, so we look at the 15A horn fuse. This is blown, and was probably too low for the horn so we will change it for a 20A. This works fine and consistently, so we will leave this for now. We'll also pull the indicator circuit fuse... 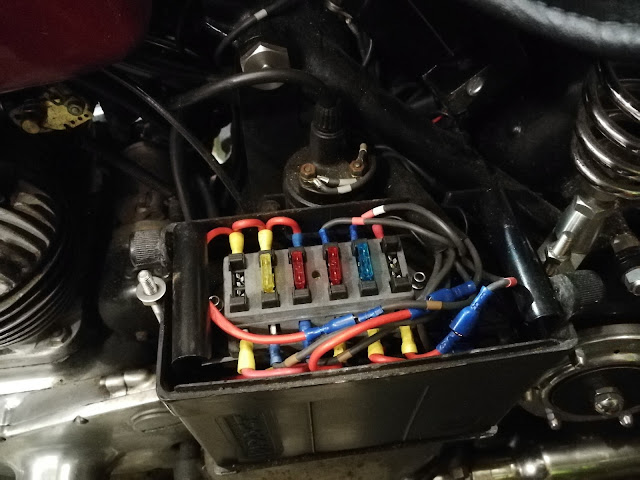 I've stripped out the headlight, in preparation for sending the speedo away, uprating the headlamp and removing the indicators.The speedo has gone to Russell at Chronometric Instrument Services for a clean, new springs and a new face: 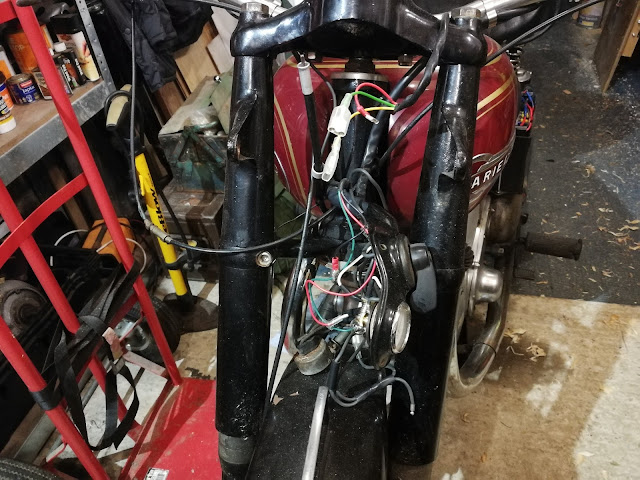 And here it is, back again just over a week later:


Now we can put the headlamp shell back in place with new bolts: 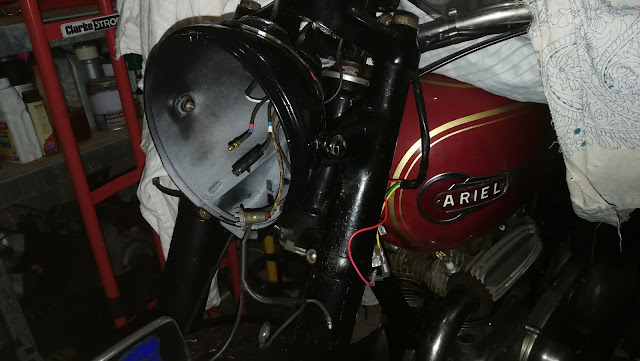 This is the new headlight bulb and it's driver: 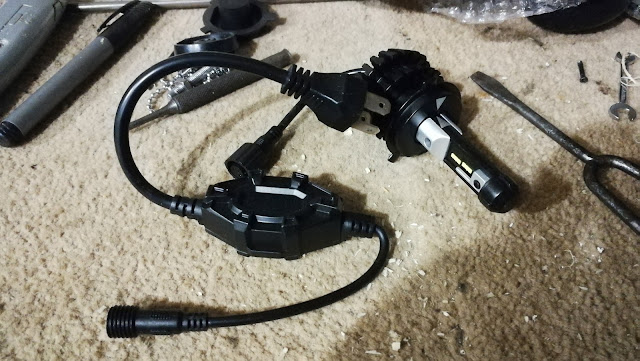 It's from CDRC, like some other bulbs I have bought and is their 5th Generation LED headlamp bulb shown here. Not cheap, especially as to fit it I needed an H4 reflector which I bought from Paul Goff as usual. It's the 7" Lucas reflector with a pilot bulb. The bulb is very nicely made - aluminium, powder coated black with nice elastomeric seals and good quality connectors. I've chosen a 6V bulb, so that I can keep the ignition & generating systems running at 6V.

The bulb fits into an adapter ring, which is provided with the bulb. This allows you to twist the bulb through 360 degrees, offering left, right or central dip: 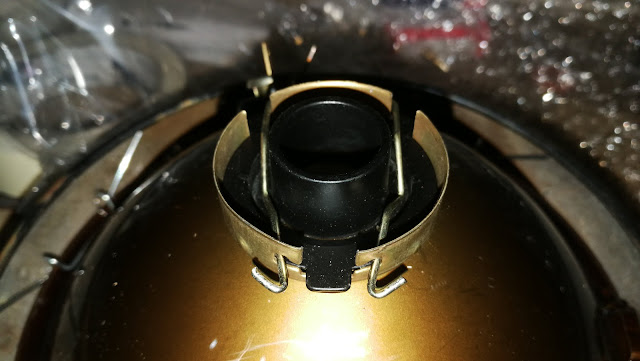 Whilst the bulb looks quite long it appears to fit into the SSU700 shell quite nicely. The cable goes off to the driver box which I will mount in the bottom of the shell. 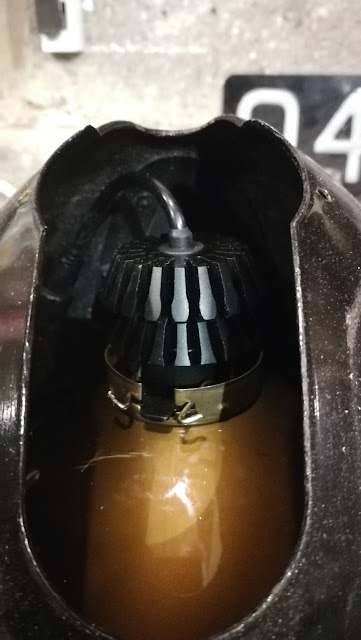 All done and back together: 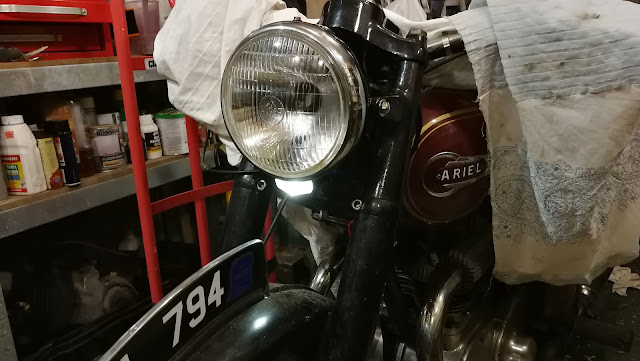 One job that wasn't on the list was to fix the offside fork leg which sticks down over large bumps. I pulled it apart to find that it was actually sticking with maybe a third of its total stroke left unused, so now that I have eased some very tight new bushes I am looking for better behaviour from the front suspension! I checked the other leg while I had most of it apart, which moved freely.
Posted by CharlieCeng at 10:29