Despite my initial suspicions to the contrary, it seems you can get an FH crankshaft in the mini lathe as shown in this first attempt, below. I'm not going to do anything radical here, but I can use the lathe to clean up the oil pump drive and the journal for the timing pinion - and I might use it to polish the big end journals. 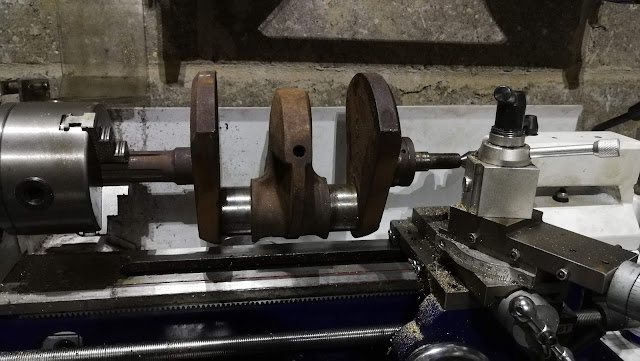 We can improve this set up though, with the collet chucks and the fixed steady, but first we need to identify the jobs we want to do and work out the sequence of events. The jobs I have in mind are these: 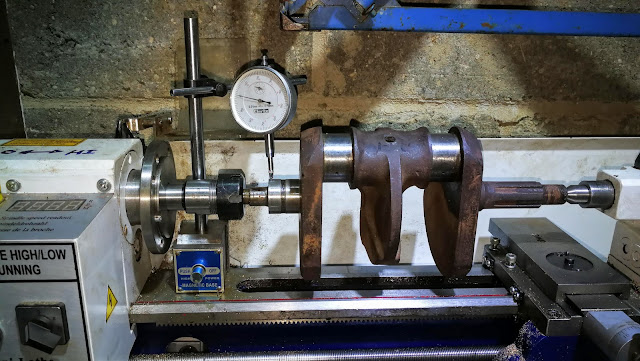 This arrangement shows the crank in the ER25 collet, and demonstrates a 0.28 mm run out in the timing side bush - this is not real, and is due to the fact that the pump drive thread is a little bent. The effect is magnified further from the bend point.

While we have it set up like this, we can clean up the drive splines and the drive side main bearing journal, which has a burr on the thrust face: 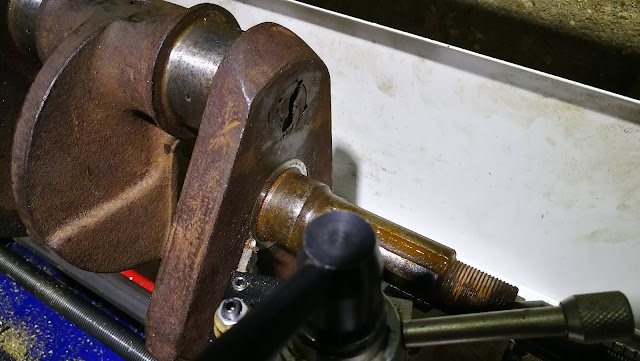 Easily skimmed off with a suitable tool.

We still need to measure the run out in the oil pump drive thread, so it's better set up this way: 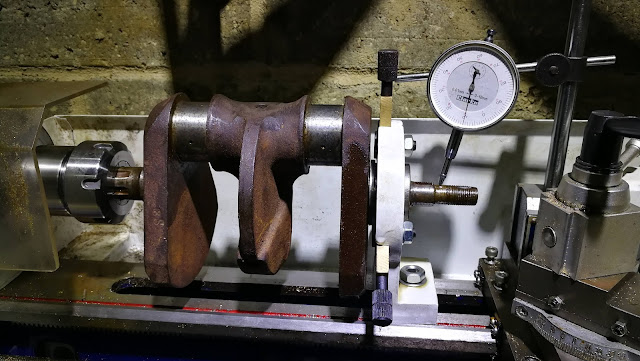 With the worm in place, I'm measuring the runout on each of the six flats of the worm drive: I am recording the results in my notebook, and subtracting values from opposing flats to come up with the deflection of the crankshaft nose. We can see from a comparison of the 0.01 mm timing pinion journal with the 1.0 mm runout of the worm drive thread that the nose is bent - obvious to the naked eye, but now we can quantify it:

These figures include the dimensional tolerance of the worm drive hex, and the clearance in the thread so we can expect the values to be excessive. Adjusting the nose alignment, I eventually got the run out on the hex to 0.5 mm and the runout on the plain portion of the drive thread to 0.12 mm: 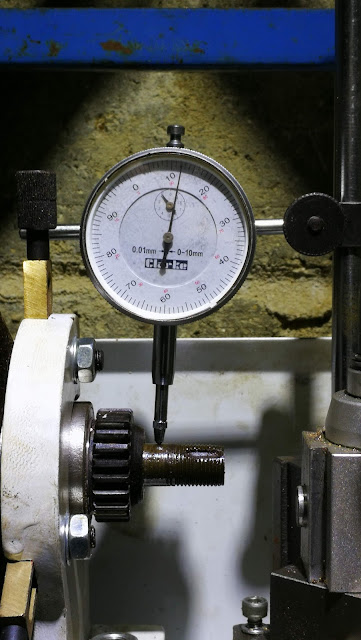 With the lathe set up like this, it is easy to skim 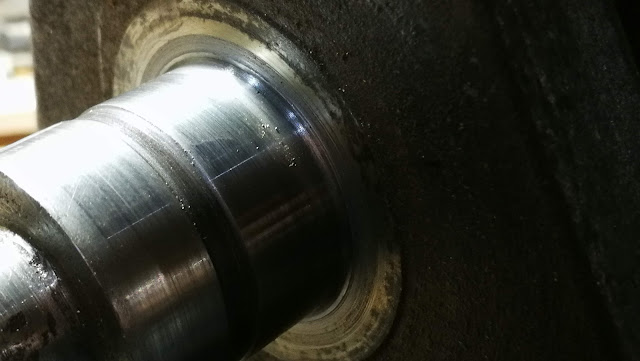 That's it for the crankshaft at the moment.

Swapping back to the 3 jaw chuck, I have an opportunity to look at the timing side main bush. As we saw, the oil holes don't line up with the remains of the gallery in the journal: 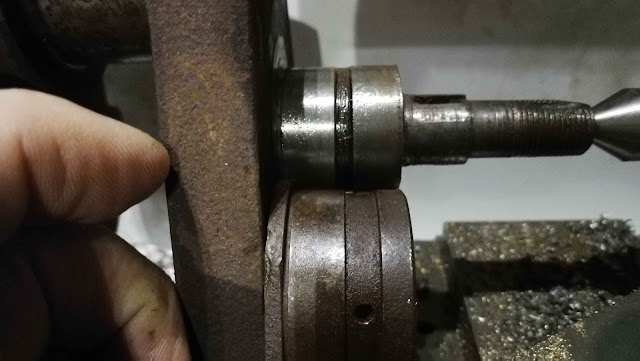 The plan is to cut a gallery in the bush, to bridge the bush oil holes and the journal oil holes. We can do this with a boring bar: 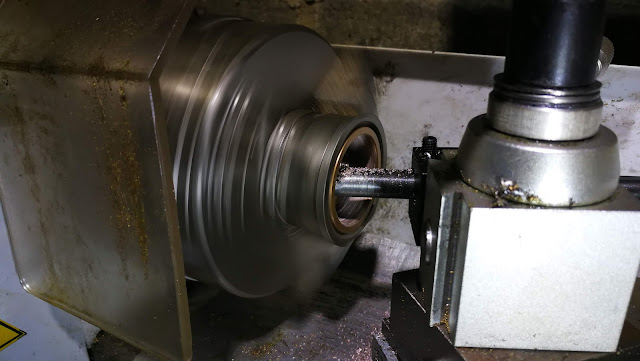 We'll take the opportunity to true up the thrust face of the bush as well. Here's the end result. If this bush fits in the crankcase, we'll have to decide whether to use it or not, but it has a few unpleasant scrapes. It may end up being a practice piece while I make another. 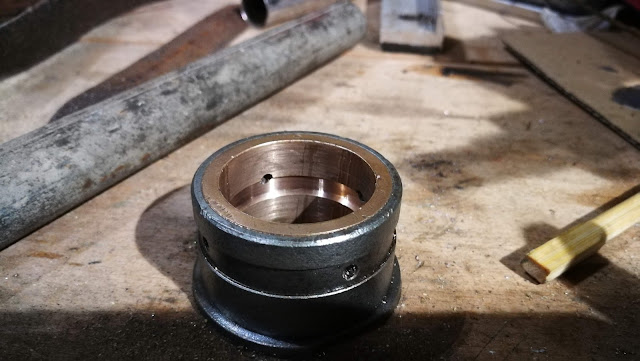