So now we have the crankshafts, rods and cases assembled:
﻿﻿﻿﻿﻿﻿

Next stop, setting end float. Not a difficult job, but you'll need a supply of shims and the right kit to measure the end float.

The Square Four is designed such that the timing side bushes form the datum against which the end float is measured. Many current machines are also built such that the timing side bush is responsible for taking any end load (there shouldn't be much) from the crankshafts into the cases, since most folk fit main roller bearings without the original lip.

The load is taken into the bronze face shown here. This is the rear crankshaft: 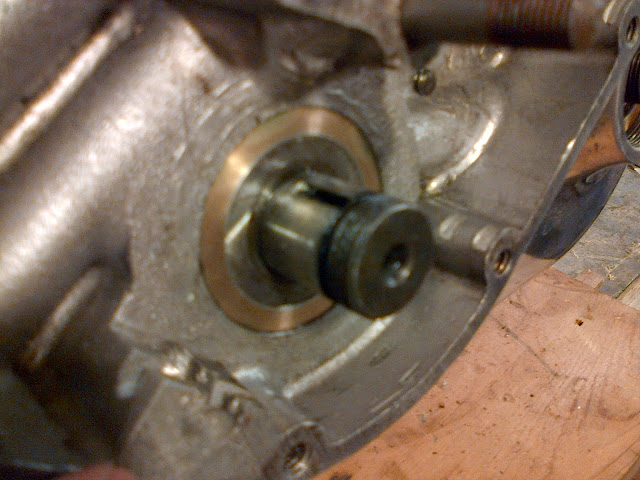 The front one is similar: 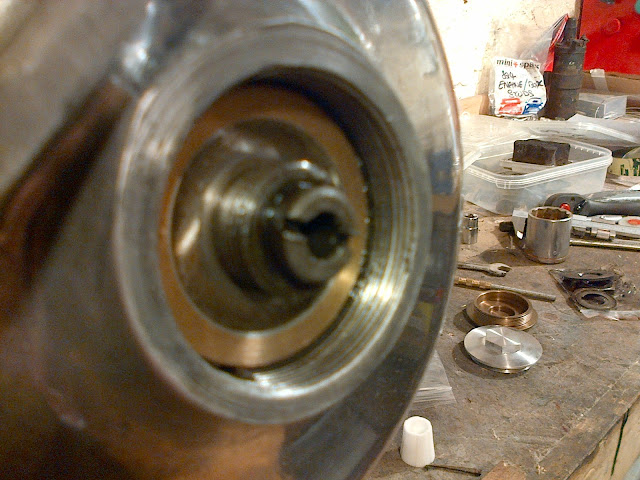 There is a large, thick washer fitted of the end of the crank to take the thrust into the bush: 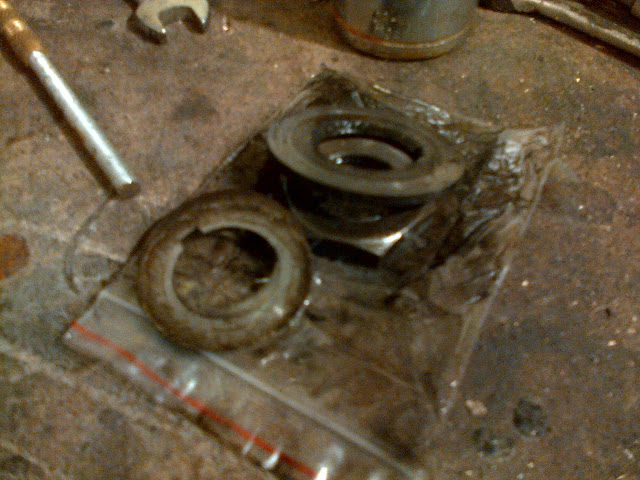 The shims shown in this picture fit between the large washer and the end of the crankshaft, and hence the gap between the crankshaft and the face of the timing side bush. This is the 'end float' and should be in the limits 0.002" - 0.004". Draganfly stock the shims.

This is how you set up to measure it: 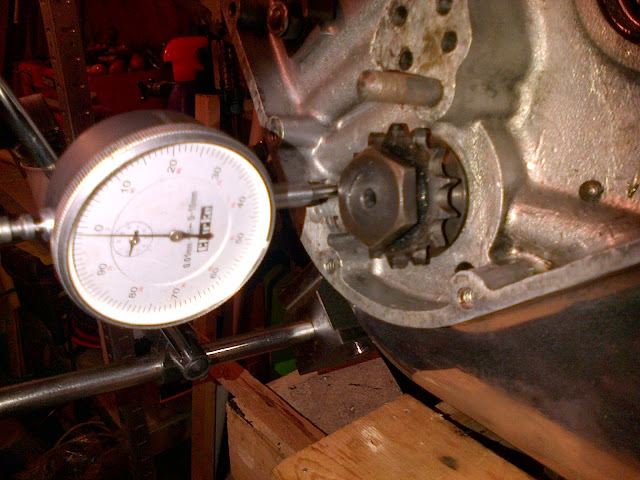 Here, the dial test indicator is set up on a magnetic base fixed to one of the engine plates, which I have temporarily fitted to the crankcase for the purpose. You can move the crankshaft by hand, to & fro, and the DTI will show you how much it moved. You add shims until you have the movement to spec. If it doesn't move... you probably have the bush nipped up between the crank and the washer. Add all your shims! Take them away until you have the right clearance.﻿