Apologies for the time I've taken with this, but life (actually DIY) gets in the way sometimes.
This started life, as most of my fabricated parts do, as a piece of cardboard. It's cut from 16 swg cold rolled sheet, and will carry the coil vertically, mounted on the Lucas bracket in those two holes in the middle.
It mounts from the shouldered nut under the seat, and will fix to the gearbox top bolt. 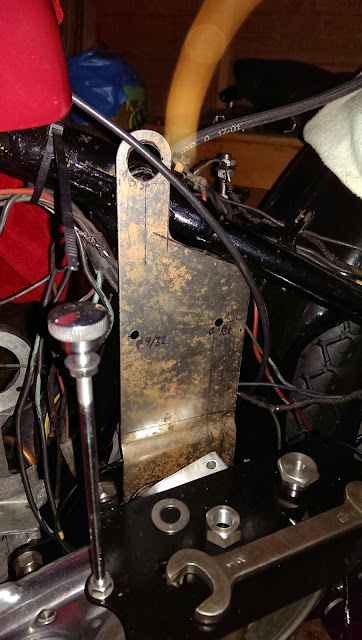 Here it is again, after some redesign, with the bottom bracket tacked in place. I've tried to use 'styling' ideas from other Ariel components, to make it look as if it was designed in Birmingham in the 1940's: 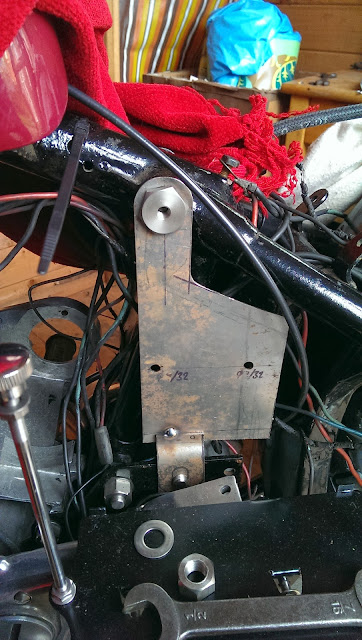 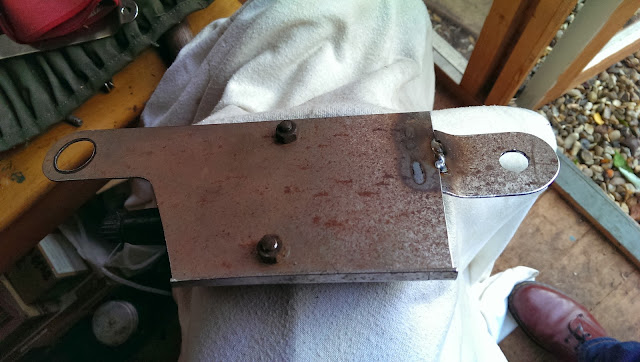 And various shots in situ. It now has a stiffened edge: 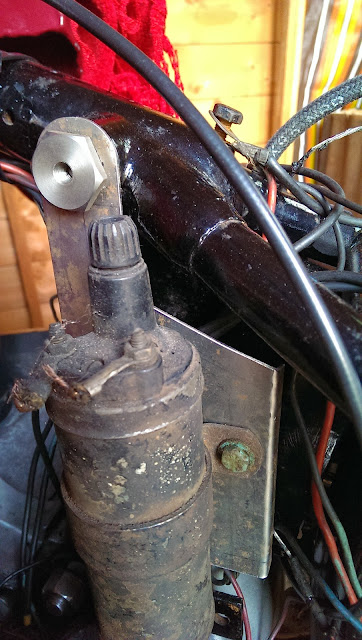 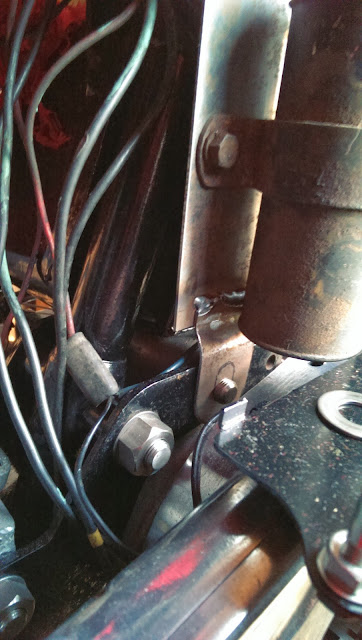 Looks a little too close to the battery carrier. I will move that bottom bracket a little.﻿ 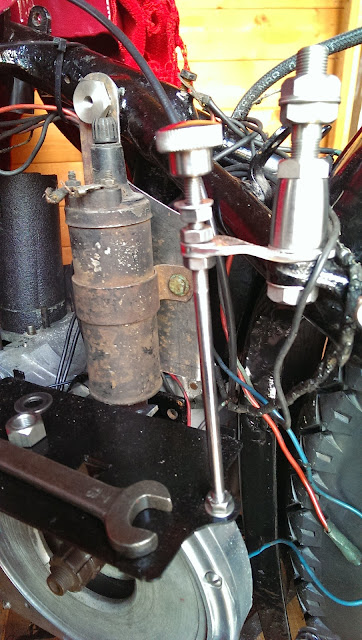