So, I have most of the parts to replace the head, apart from the high temperature sealant recommended by Bruce Longman. Over the past couple of days I have fitted the new head studs: 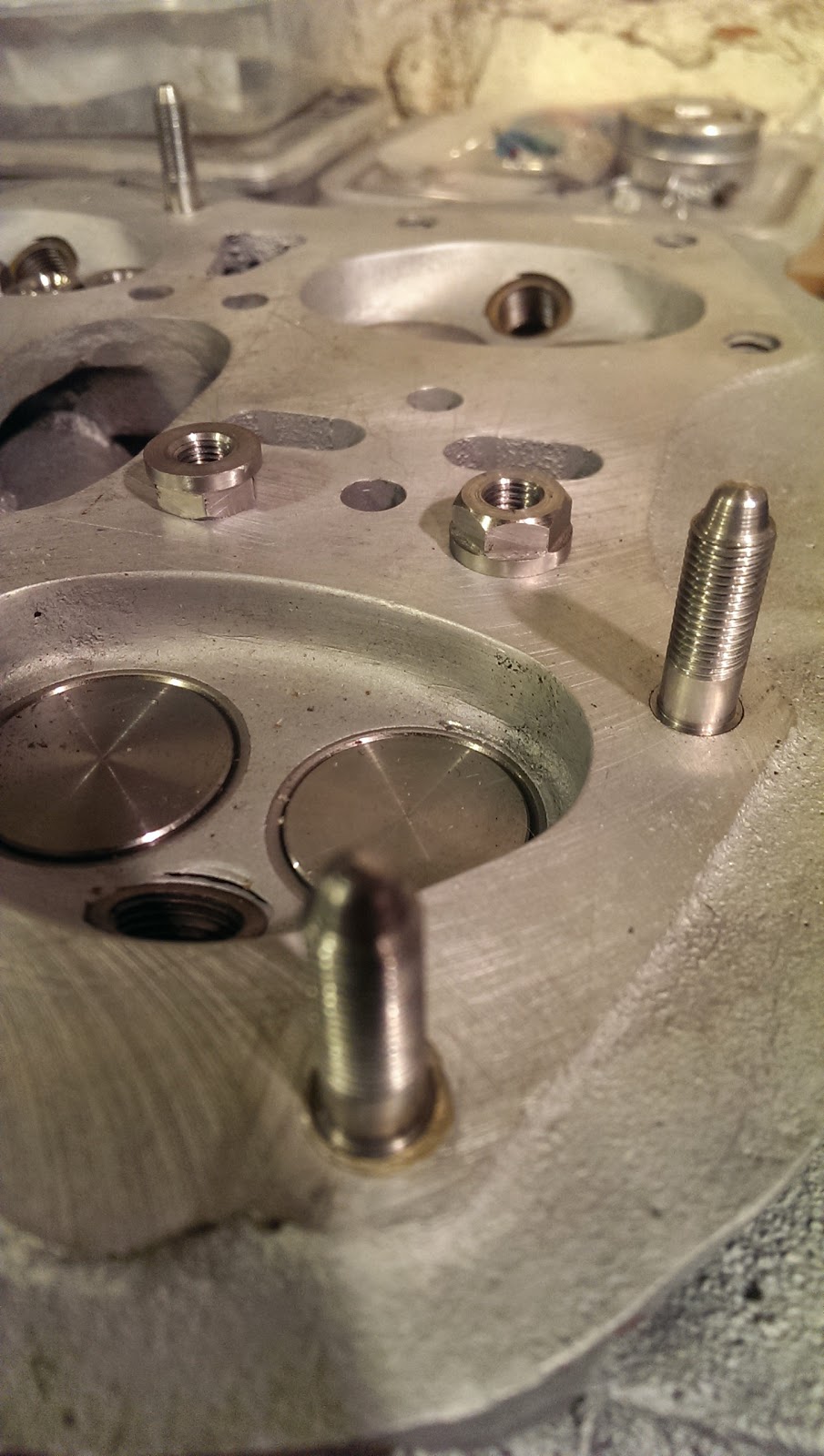 The thread into the head on later engines is 3/8" BSW, and there is a parallel section on the stud which has to engage with a counterbore in the head. You can see these here: 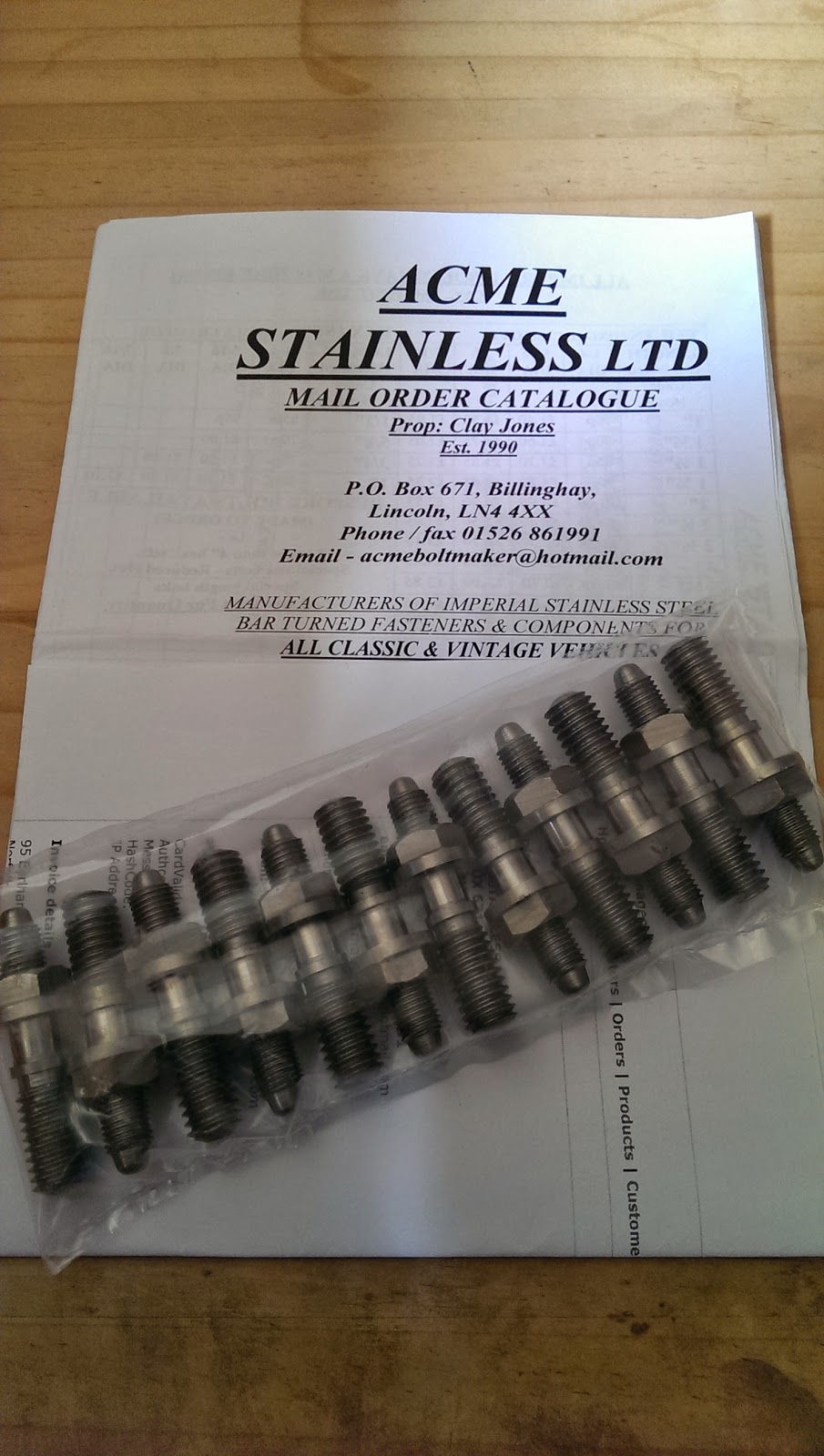 
Next up was the polishing. It's fairly clear from the state of the casting that the fin edges, the 'V' along the top of the exhaust ports, and possibly the sides of the rocker box were polished - maybe also the carburetter flange. Personally I'm not sure that Ariel would have done this, since the rocker box sides would be quite difficult to polish without resorting to small buffs and hand work - there is no access for a polishing wheel, so this would have been time consuming & expensive. I've polished the fins for now; I also like the contrast between the polished rocker covers and the unpolished rocker boxes. 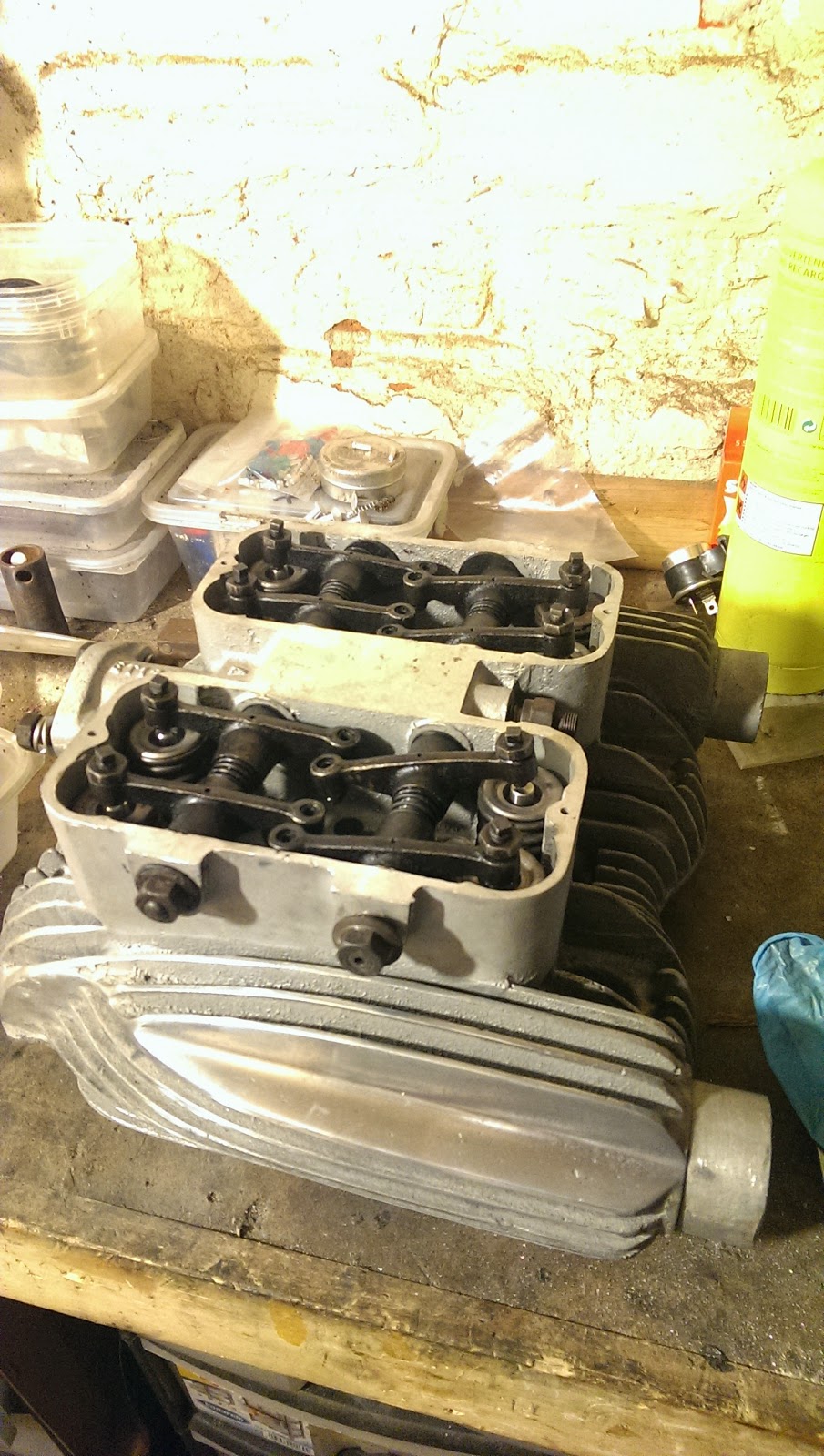 Final thing is the assembly of the rockers themselves. These are all back in, with a couple of replacement shafts (thread damage). One of these went in and out several times - and turned out to be too large on the OD, and with the two grooves for the 'U' washer in the wrong place. The best of the old ones went back in and the replacement will go back to the supplier.


So, now I am waiting for the high temperature sealant and the head can go on!