A sunny day in June

My Square Four tank, and it does appear to be a Square Four tank (very large and of the appropriate width; large filler, pressure gauge hole) has as I said two taps (it also has a drain at front RH and no crossover pipe). What I neglected to mention (or even realize) was that the taps are forward of the tank mounts: 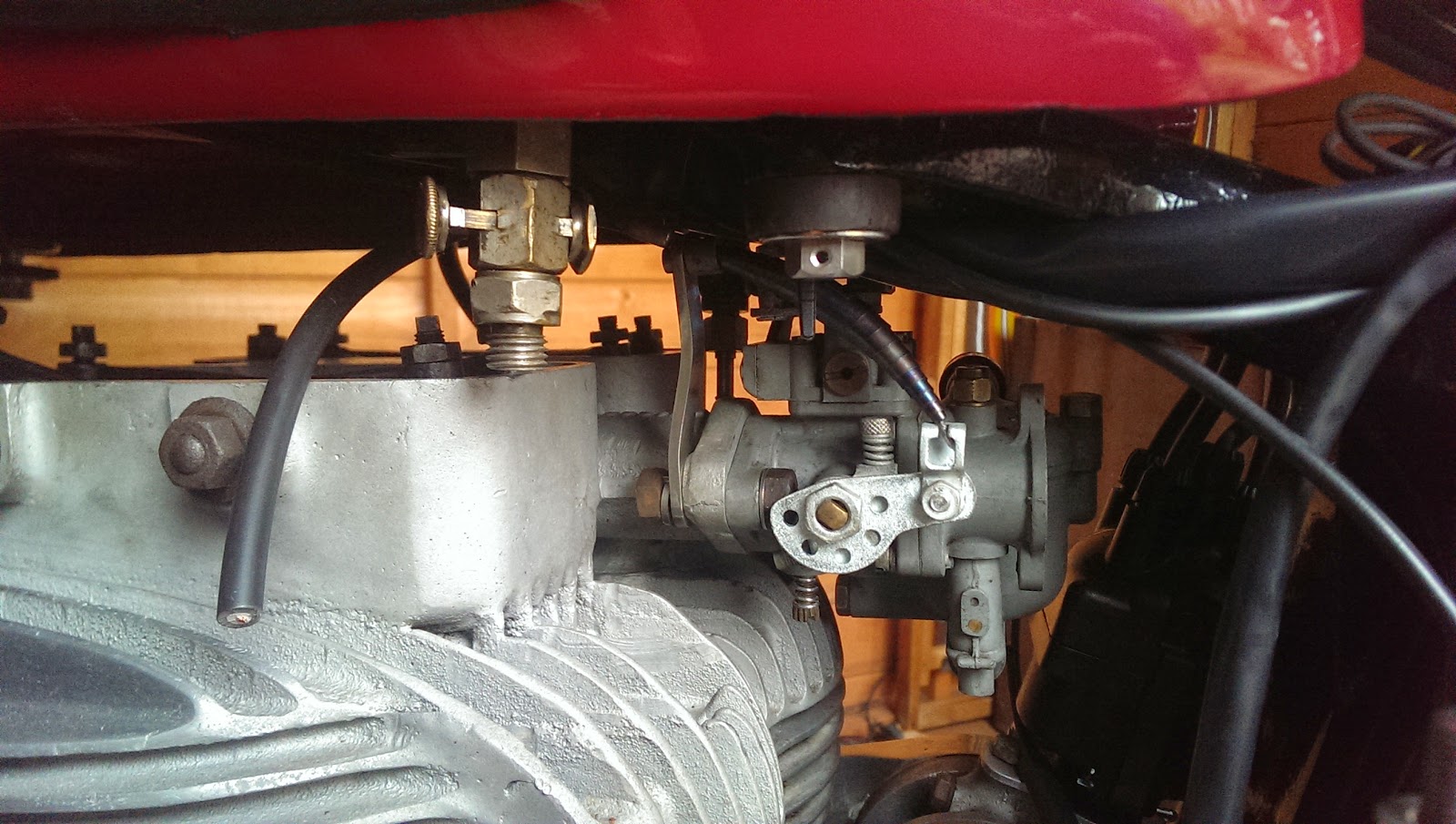 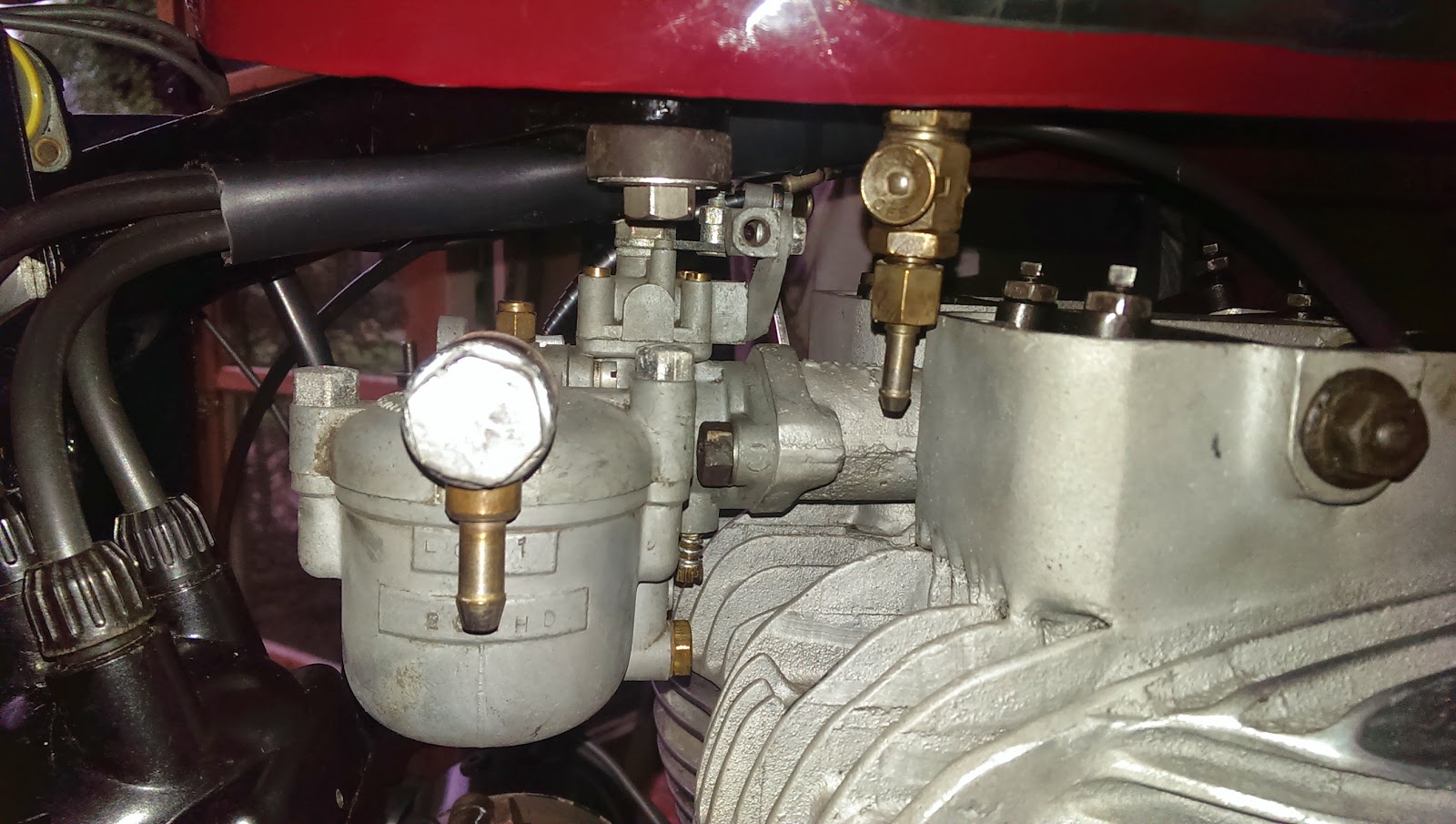 As you can see, on a Mk1 these are very close to the back of the rocker covers and will get frighteningly hot, I suspect. It looks a little odd; the closest reference I can find to this arrangement is a rather nice '51 KH shown in an article in RealClassic, which has two Ewarts taps in a similar location. The curious thing is, I have scoured all the KH and SQ4 parts books I can find and they all describe a single tap.

Hmm... Is this really a Square Four Tank?


So, one plan is to use a pair of Ewarts type plunger taps, 3/8" BSP into the tank with horizontal outlets. I will then make a copper/rubber tube assembly to tie the two taps together into the single inlet to the Solex. an alternative would be to blank the tap hole on the RH, and use a two-level plunger tap on the nearside - but I am not sure I have room for that.


I will need a supply of tube, nipples and gland nuts to make up this assembly - and I guess I will make a tee out of some brass barstock. I'm not sure where to buy these parts yet...

On a brighter note, she is a very handsome machine: 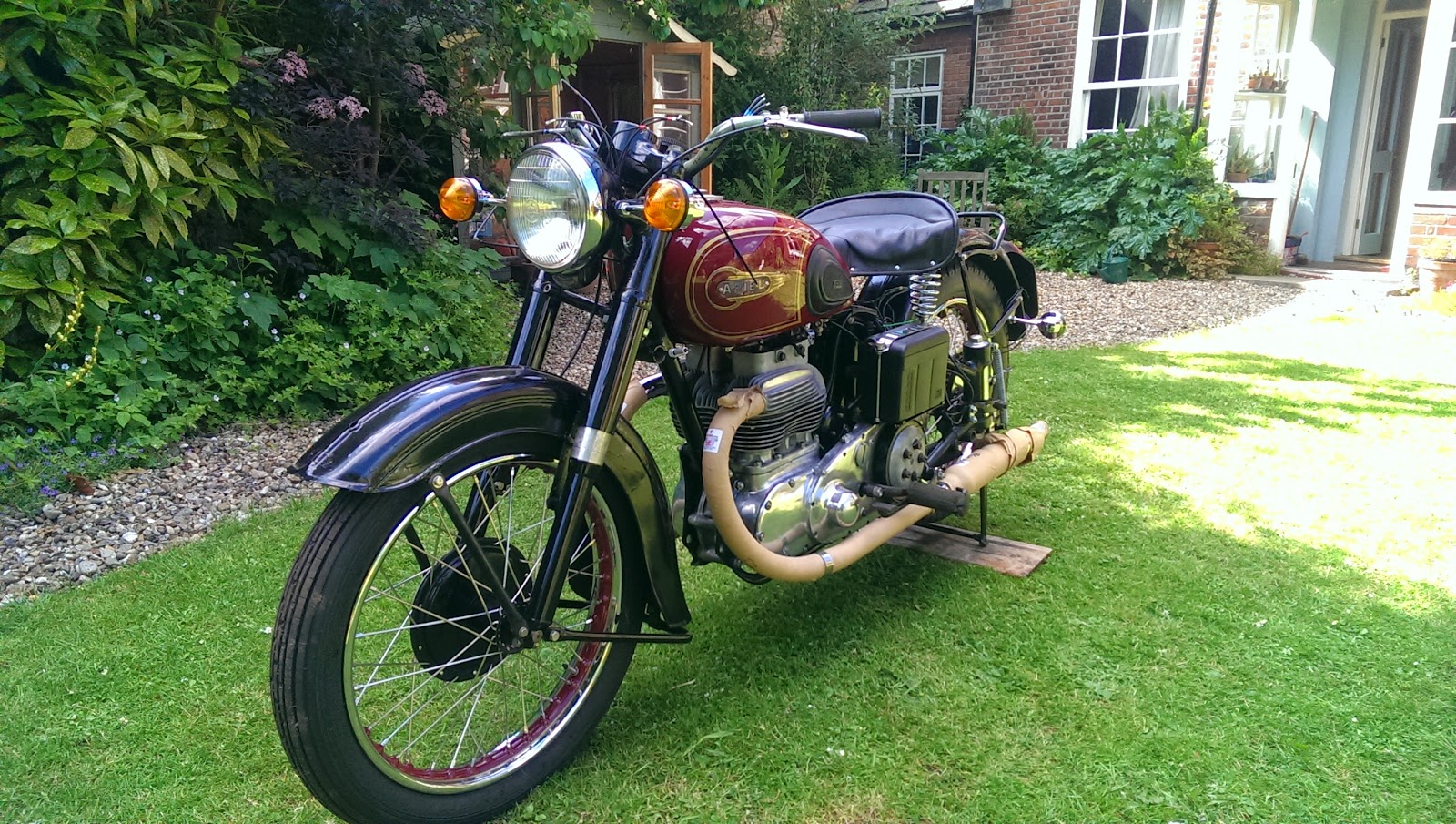 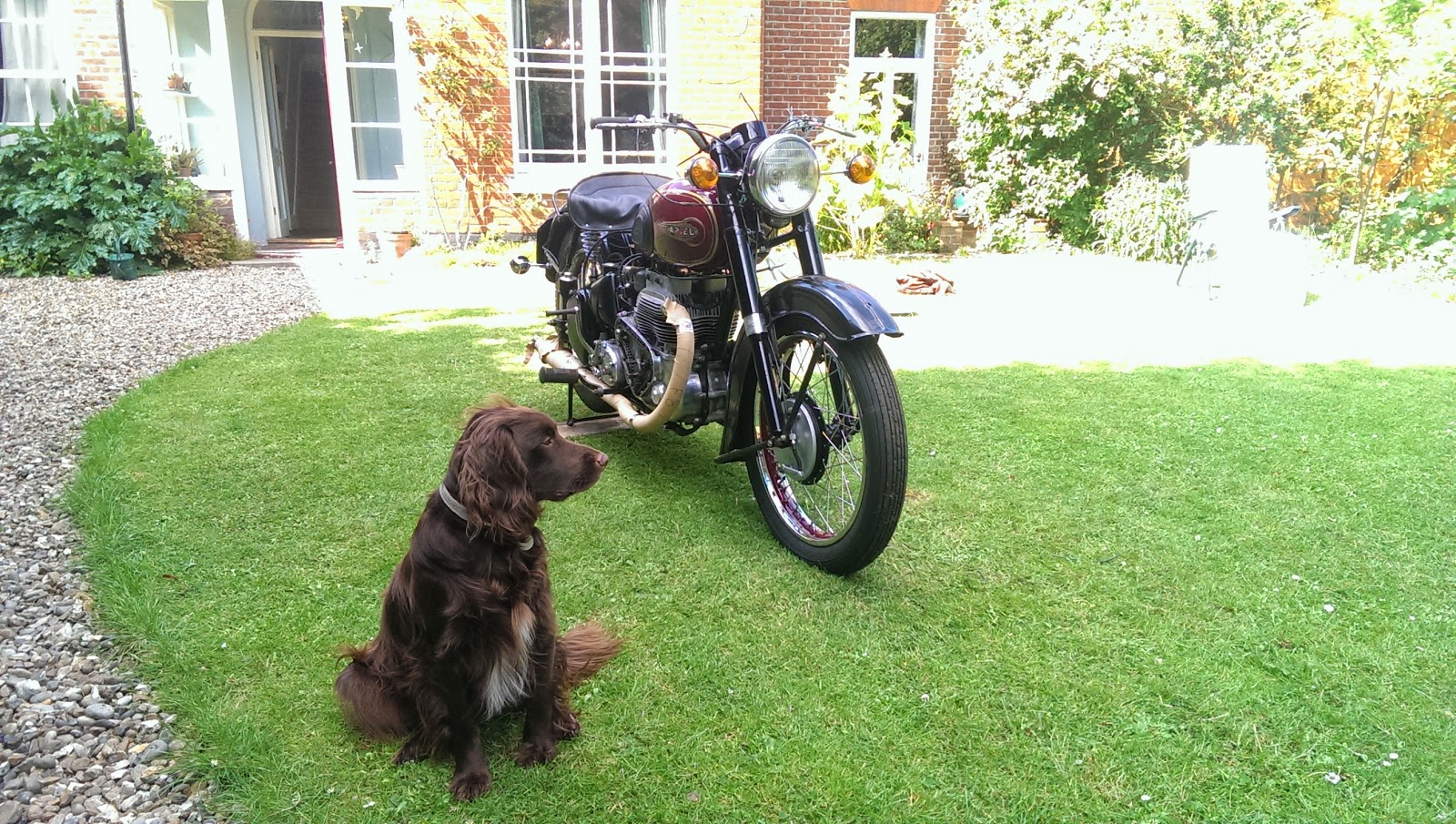 Ariel do not seemed to have paid a lot of attention to the maintainability of their machines. Two maintenance items in this picture, neither of them easily accessed AND I have removed the kick start lever. More positively, the oil tank is now hooked up. 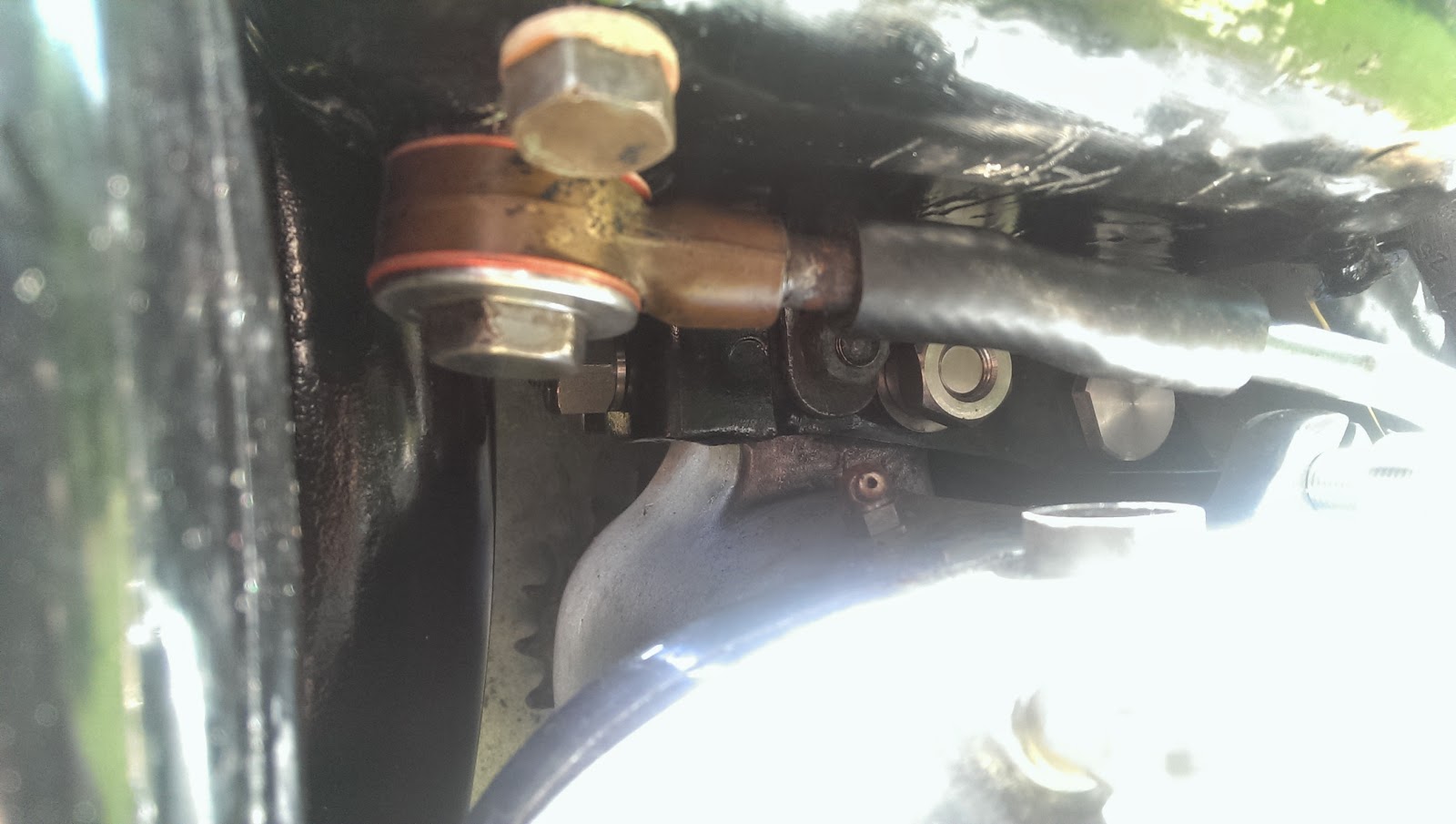 The valve timing is done, with a little help from my daughter - assembling the cam chain tensioner is not a one-man job: 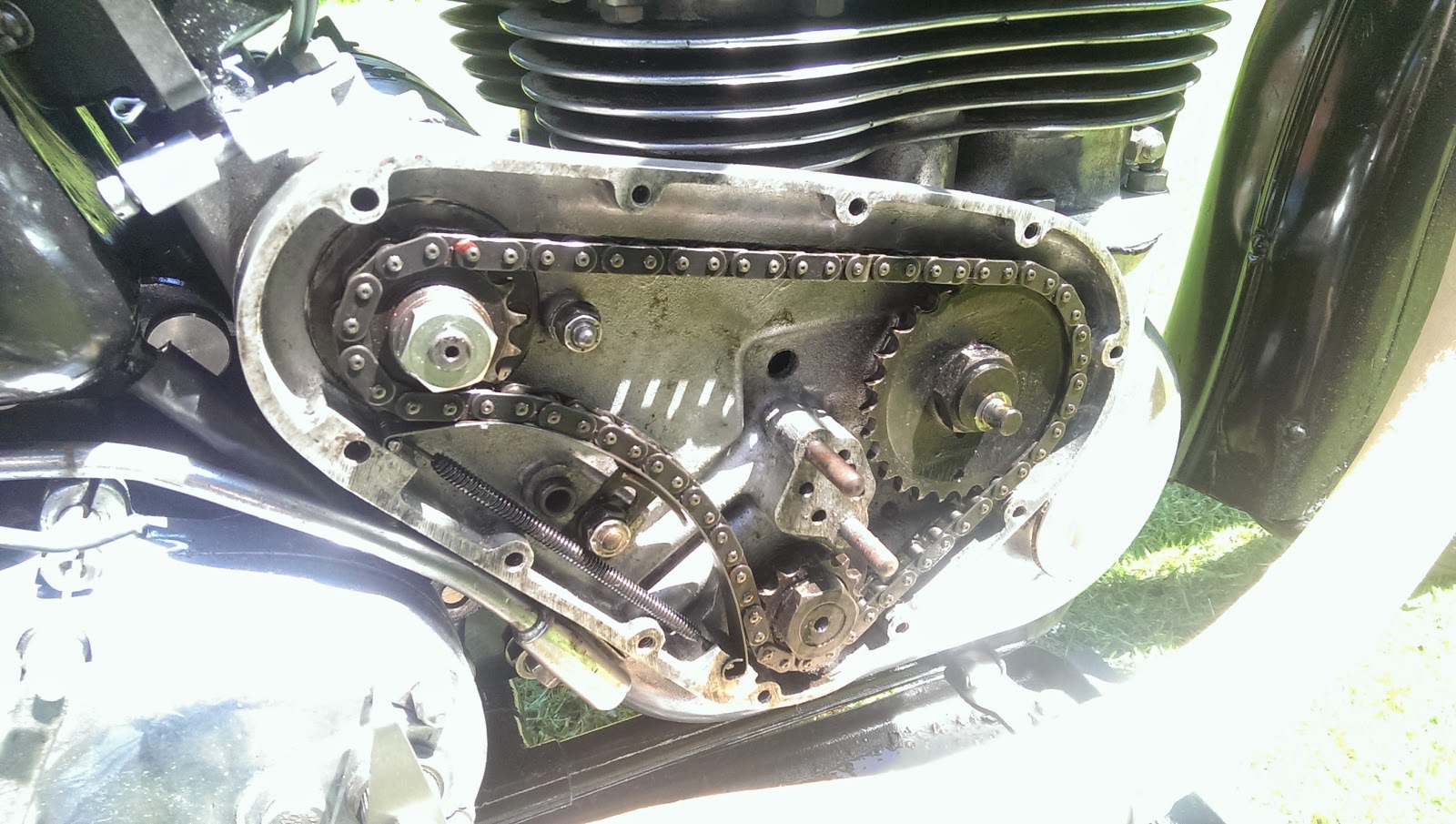 And the exhaust pipes are looking good. The eagle eyed amongst you will notice the clutch dome is still off: 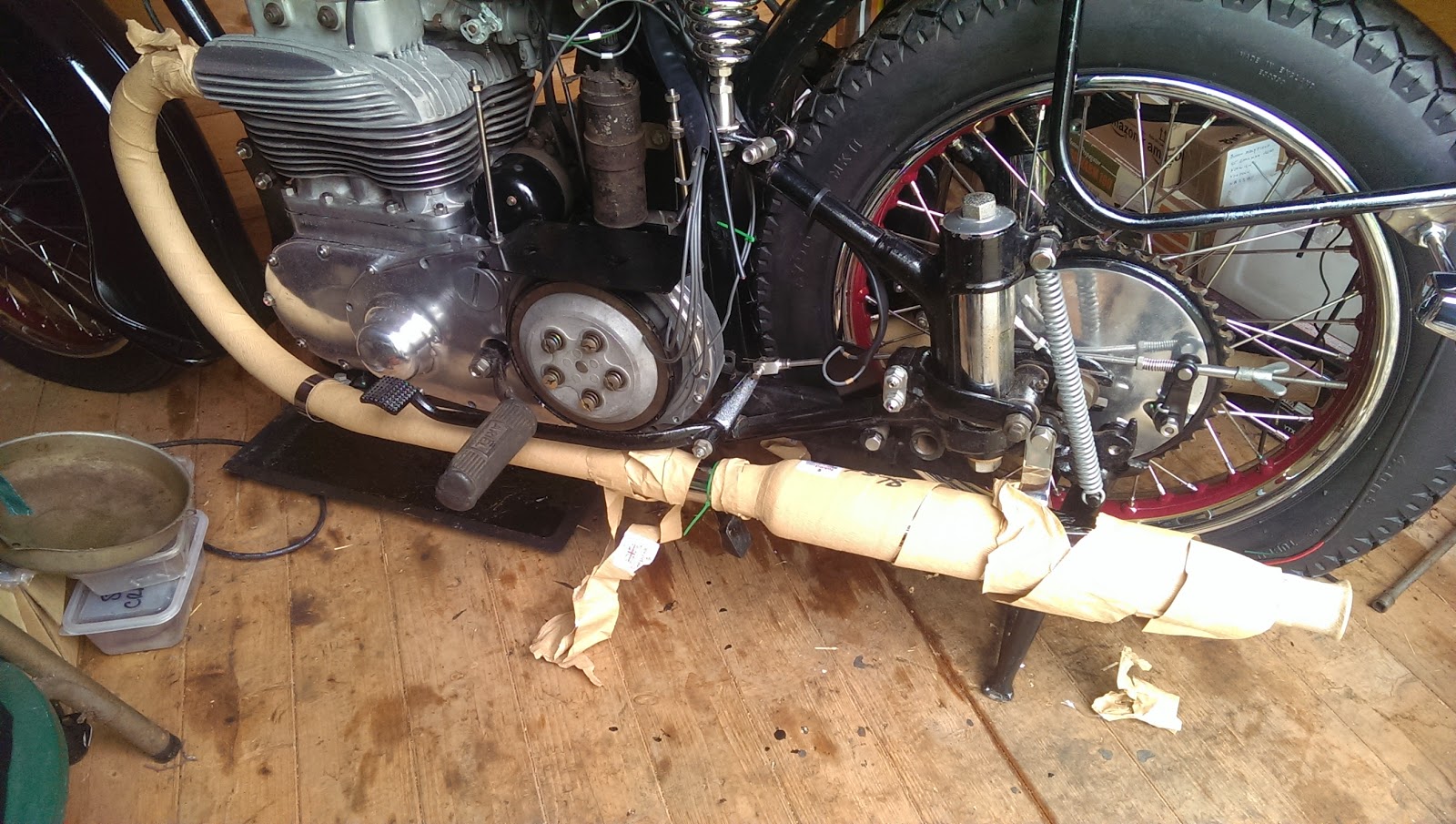 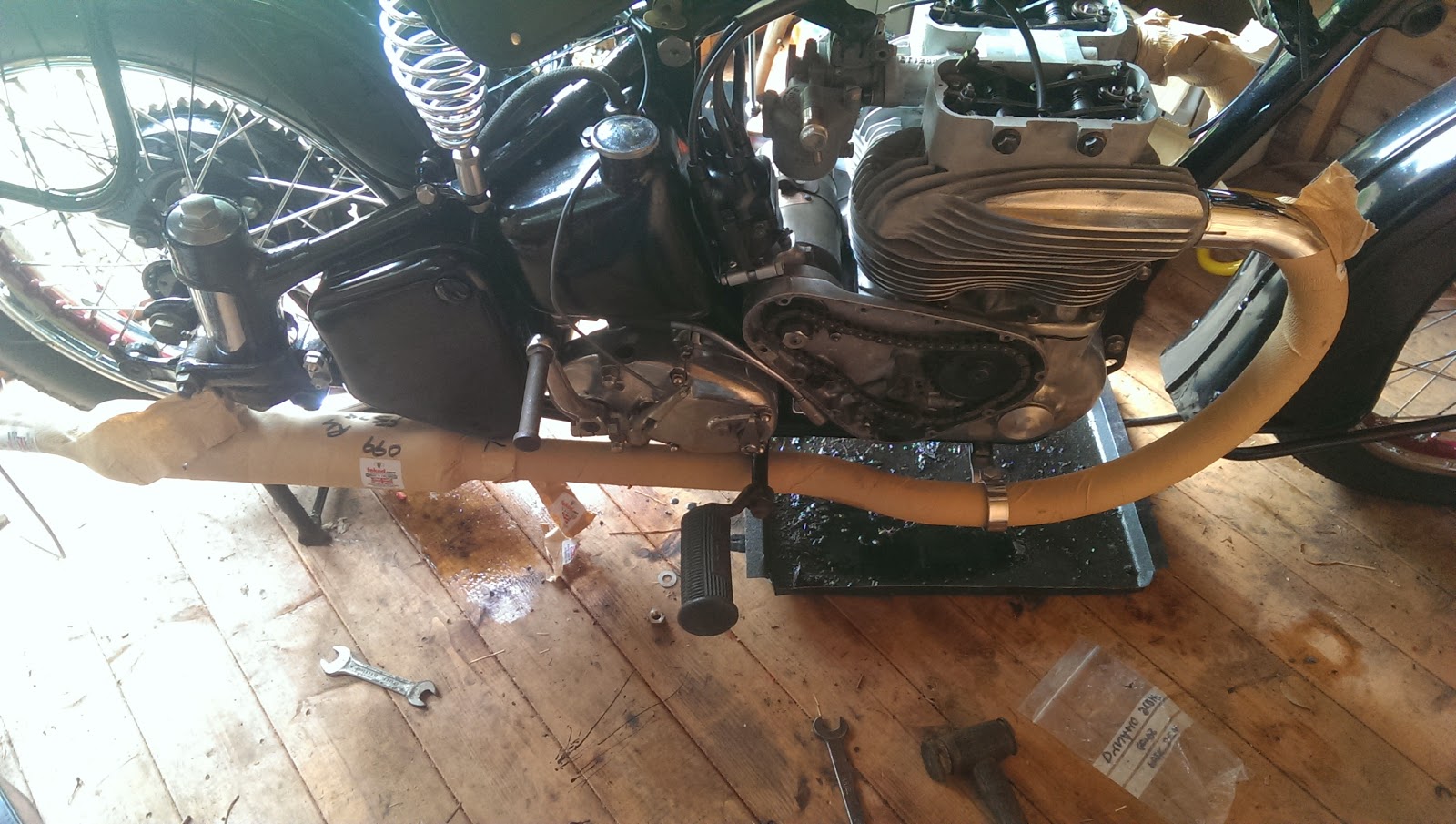 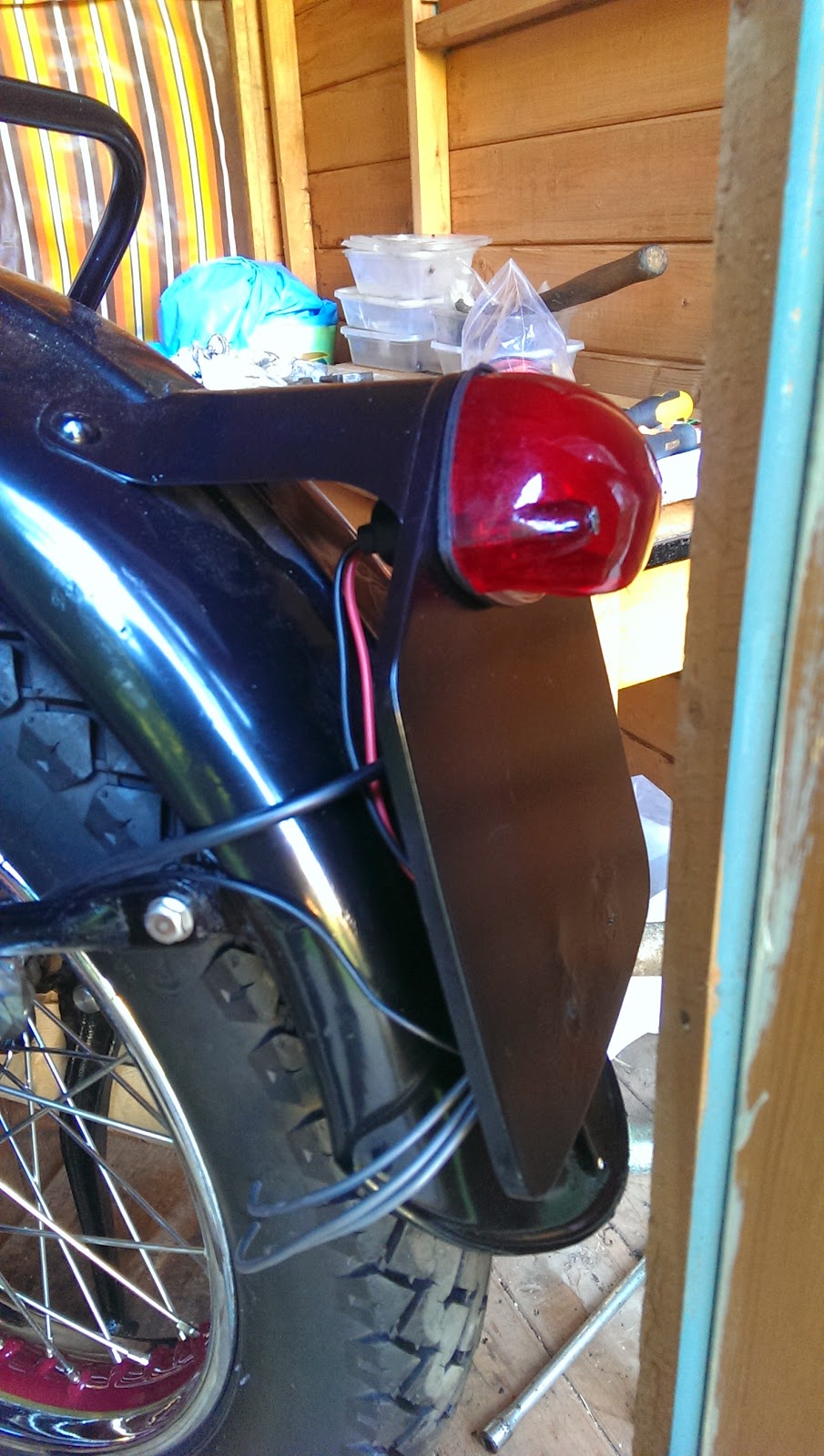 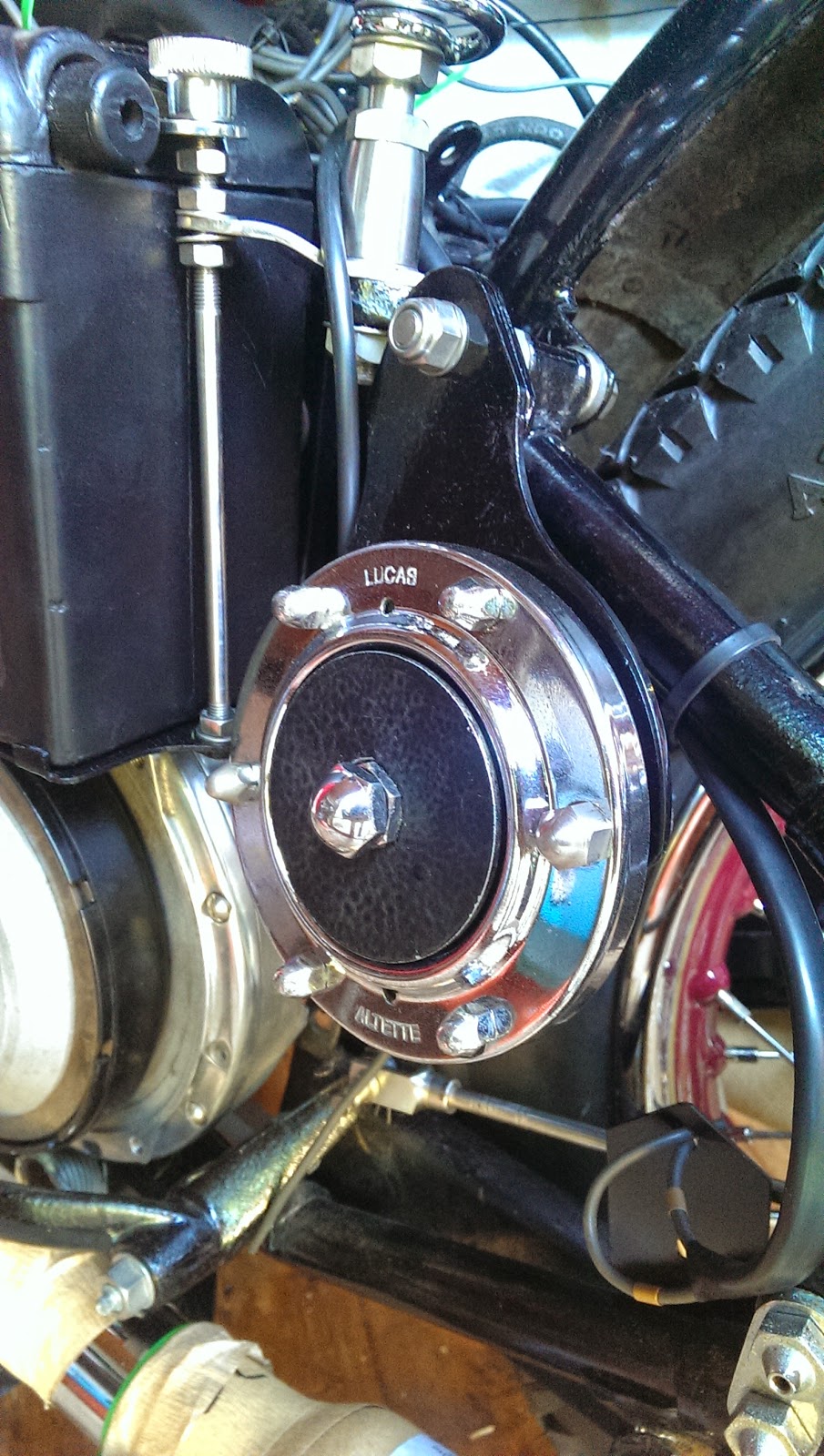 and I am not sure what to do about the throttle cable abutment: 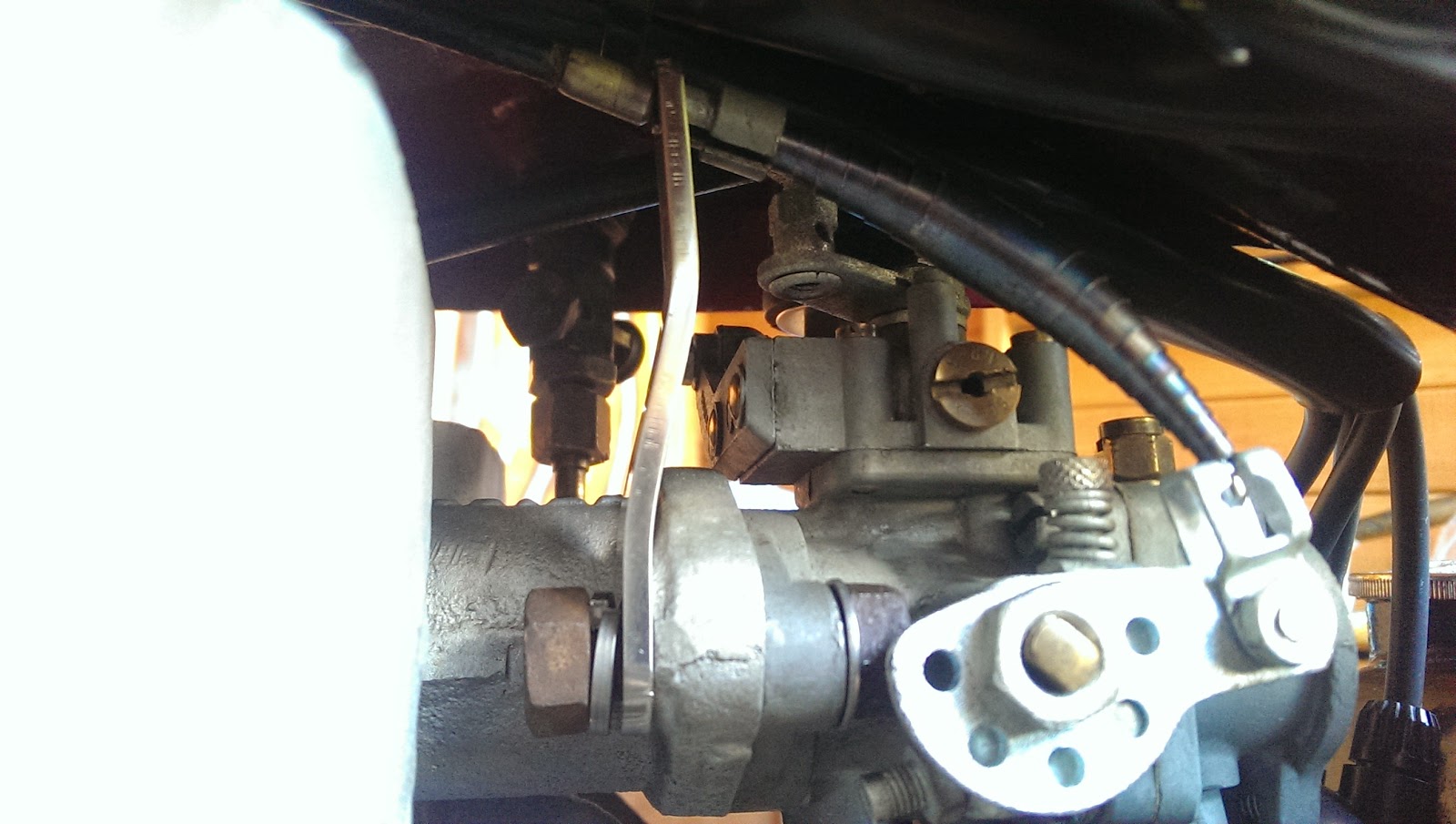