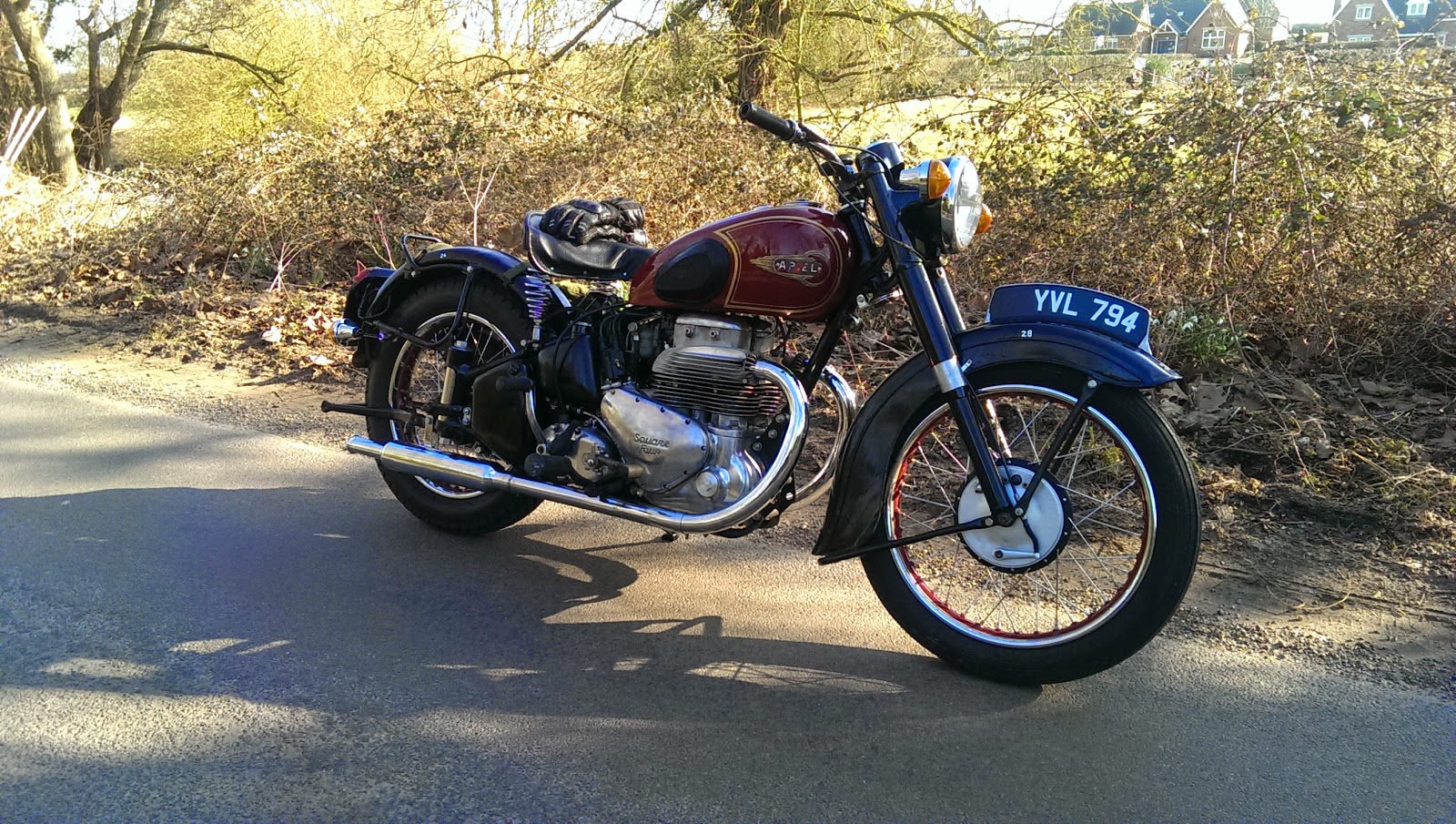 Lovely test run out to Bawburgh today, about 17 miles around the countryside. Bike is definitely running less hot, since after 8 miles I still had maybe 25 psi oil pressure at 30 mph, but that was dropping to 10 psi on the gauge at the end of the trip. I measured the oil temperature - 95 degrees C in the tank (about 200 F), which is much higher than I have seen after, say, a 5 mile trip.

As you can see the bike is on the sidestand - what I noticed later was that the carburettor drips fuel onto the dynamo in this position. I had left the fuel on though.


The engine sounds happy enough; I'm not too sure about this gauge - I keep wondering how I would feel if it had never been fitted. I'm tempted to buy one of the club reproduction gauges, or to get this one calibrated.


Out on the road though, the Ariel was handling fine for the first few miles until I became aware of a juddering from the front end, which I initially put down to the road surface. On braking however I found no movement in the front brake lever, and realised the brake was seizing on. Near home, I stopped for traffic lights and saw smoke coming from the front brake (I've been here before, with the Bantam)... 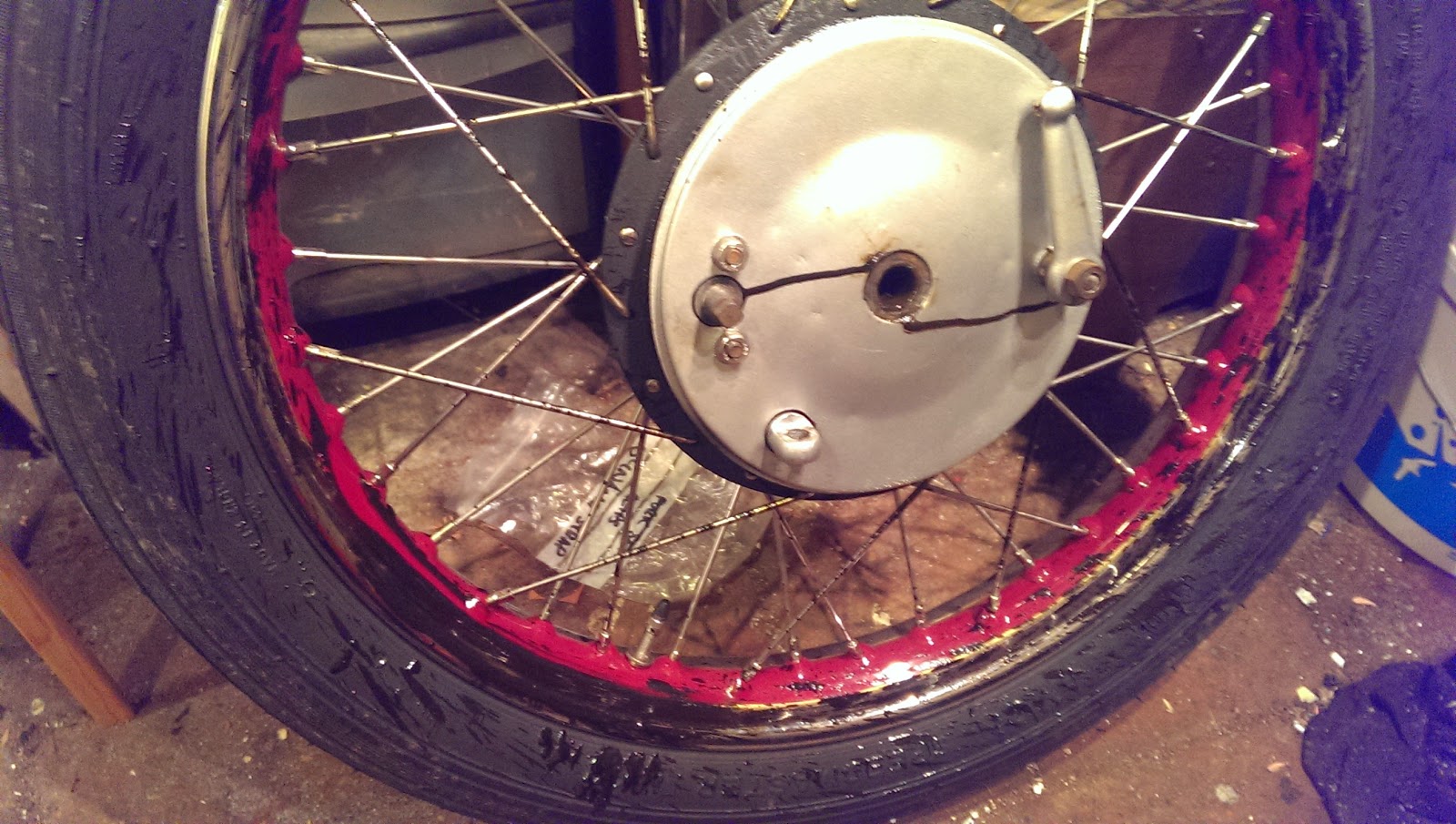 Arriving back I was greeted with grease everywhere. As we all know, hot brakes cause the grease in your hubs to melt... 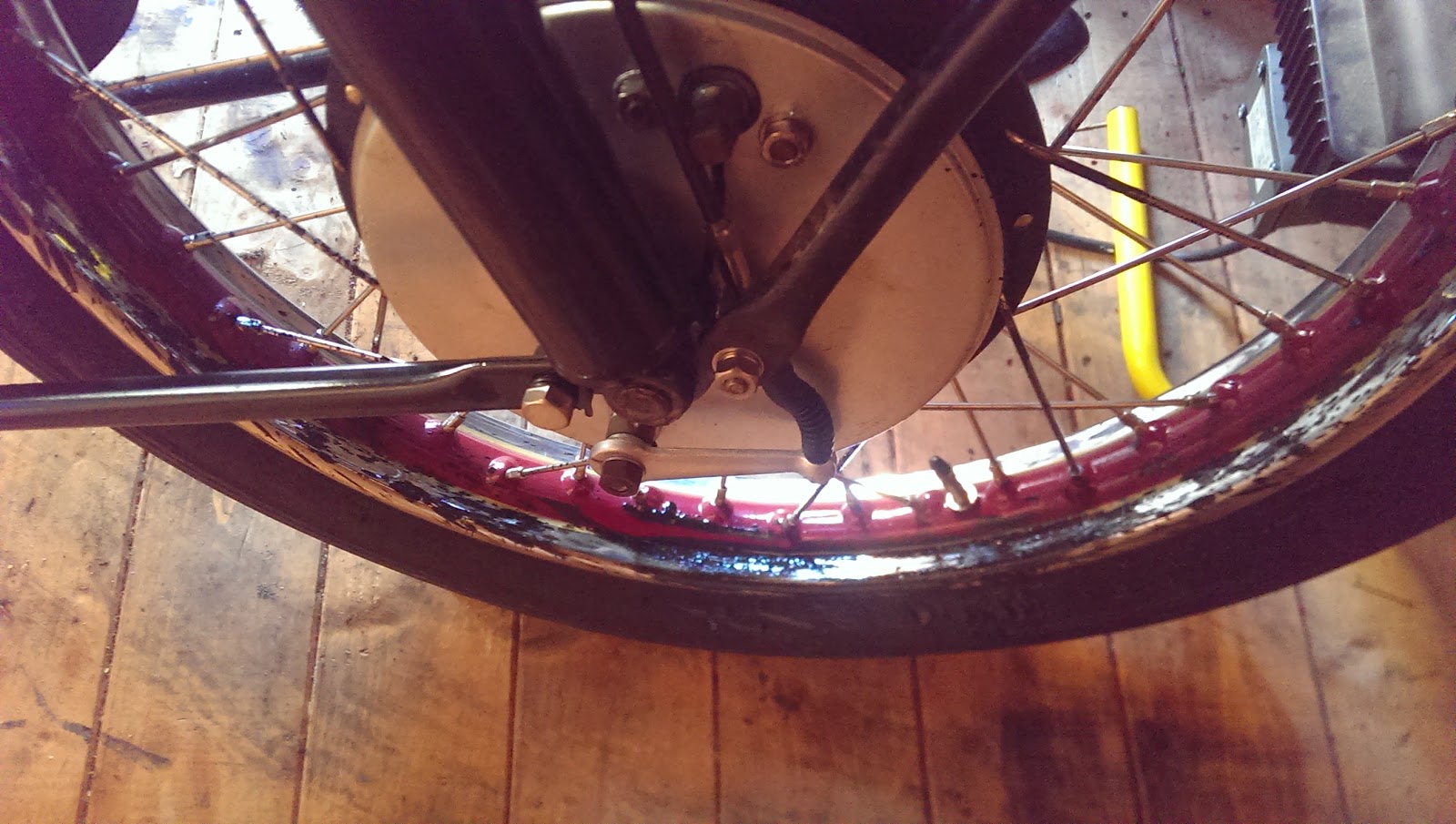 Stripping the brake down revealed some serious damage to the linings, and bits of lining (2-3 mm bits) all over the drum. The linings you see in the pictures are greasy, but those matt grooves in the middle are way below the wearing surface:

Now, I don't know if this is a result of heat, or the heat is a result of this breaking down. I'll take it back to the supplier tomorrow and see what they say.

Odd, since it had been bedding in nicely and getting quite effective.
Posted by CharlieCeng at 10:53