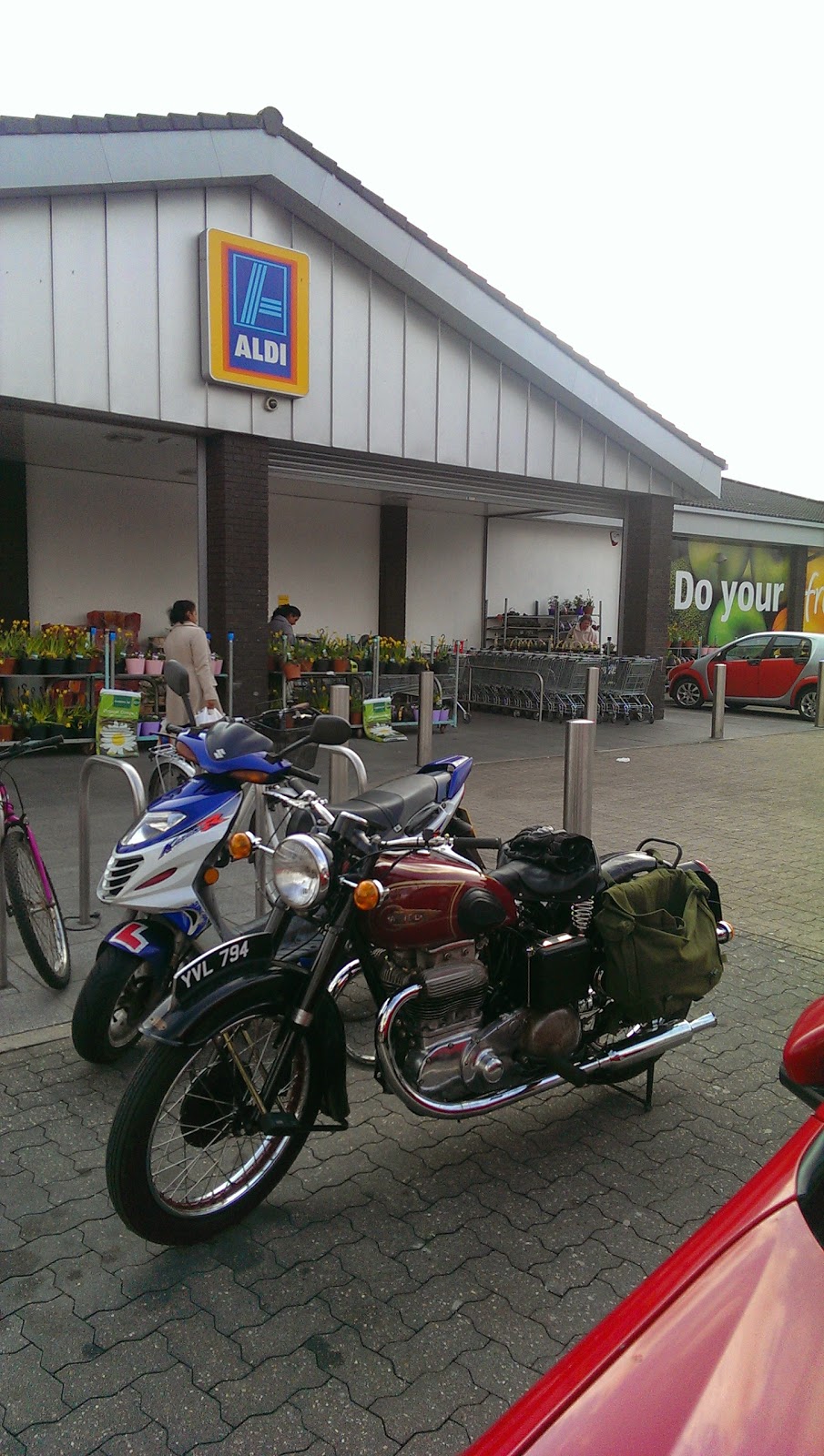 So, we had another nice little run out yesterday, on a shopping errand this time. No dramas, Amelia running nicely with her new brake shoes. She attracted some attention from a cyclist who came over exclaiming: "Oh, a Squariel! I haven't seen one of those in years!" He proceeded to tell me about his Triumph TSS and T120R, which apparently was fitted with a Morgo pump as well.

You meet the nicest people on an Ariel.

I'd heard mention of the effect valve timing has on overheating, and it occurred to me that in the joyous response to the problems I had had setting up the valve timing initially I had possibly not been too careful to get it spot on, being happy to go with the factory timing marks. Ariel folk lore tells us this is not wise.

So, when I arrived back from shopping I whipped off the offside rocker cover, the #1 plug and the front crankshaft cap and had a look - and it looked like number one inlet valve was opening near TDC - it is supposed to be 3/16" before TDC.

So, late in the night, and with the head torch on I took off the timing cover. I discovered that if you remove the dynamo sprocket you can reset the valve timing without removing the camshaft sprocket (and hence you can leave the oil pump in place too) After 4 or five attempts I finally got the timing as close as I could - which I think is spot-on. The cam chain tension makes a big difference, and you have to test it with tension on the cam chain.

I may need to change the cam chain at some point - a worn chain affects the valve timing.

And after all that, as usual, she starts easily; but probably more easily than ever; she runs eagerly (though I could only manage a couple of miles) and she idles very much more smoothly.

We have some errands tomorrow; we will see what happens on a longer run
Posted by CharlieCeng at 10:26