Time to start finishing stuff off. I have some new carburetter parts from David Jones from Sleaford, who specializes in the repair of the Solex carburetters fitted to the SQ4.

It's the bi-starter control and the air bell: 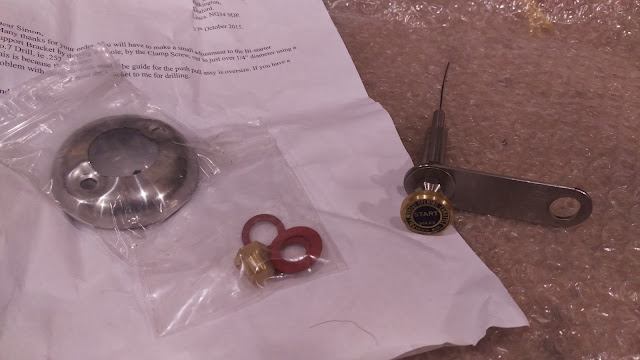 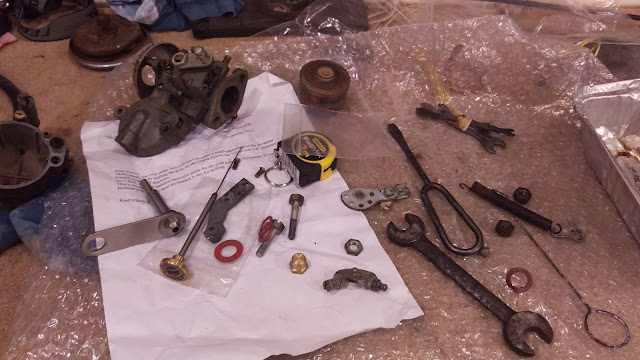 Assembled. This is the bi-starter in the off position - that knob is a little long I think. 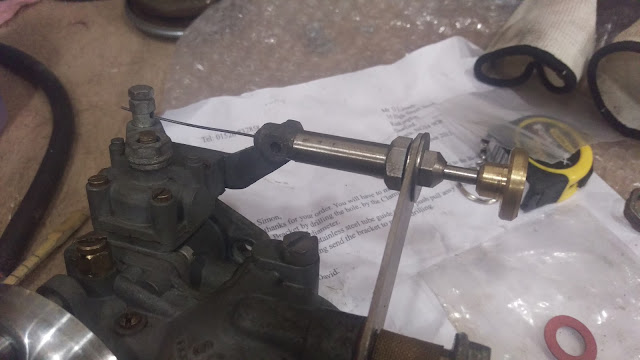 I have an insulator that I will be fitting as well. 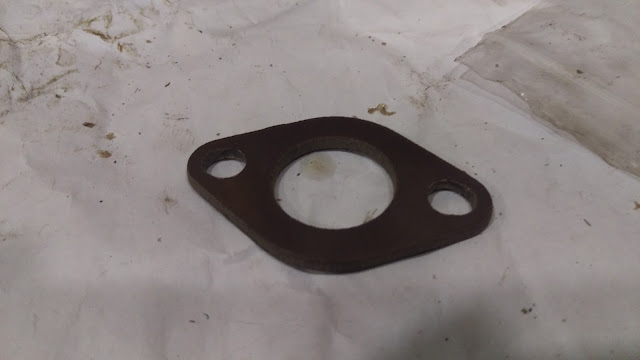 It's a 3 mm thick insulator and it is manufactured from Silicon Resin Bonded Fabric. It is impervious to Ethanol and it is 50% more heat resistant than a standard Tufnol insulator and 100% stronger than phenolic. In an ideal world this would reduce the heat going into the carburetter body and reduce the high-temperature misfire.

In the real world it causes the float bowl to foul the distributor cap and is completely useless. But I did discover that when you inevitably drop the carburetter flange washers and they fall behind the dynamo, you can see them sitting under the dynamo from the rear, if you look across the top of the gearbox. I'm sure if I drop enough down there they will start coming out.

Just like the 2p falls at the amusement arcade.

A post from Mark Walsh of the AOMCC shows me that if an insulator won't fit on my machine, there is something wrong: there is a lot of space on Mark's machine, which already has an insulator:

Here's the Solex back in place: 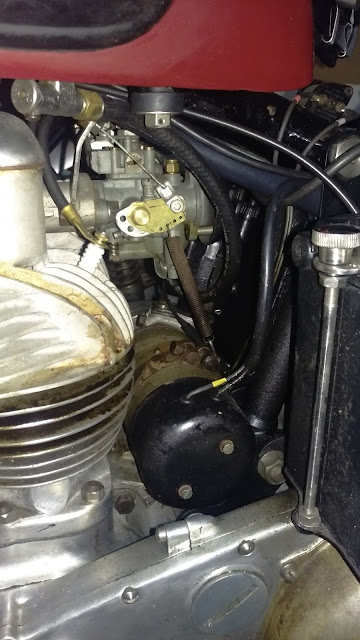 Here's a close up of an earlier version: 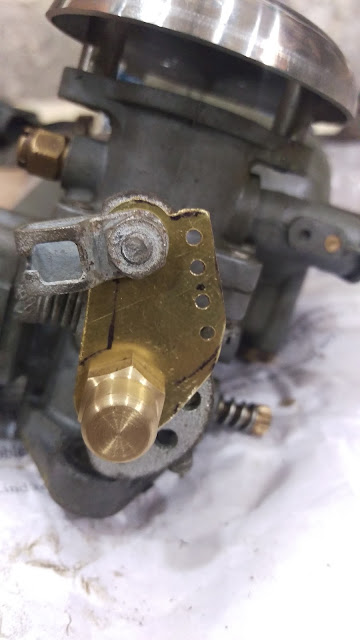