With a bit of time to myself this evening, I was able to get the M01 magneto HT circuit back together with a clean, properly terminated HT cable and a new pickup brush out of my magneto spares box: 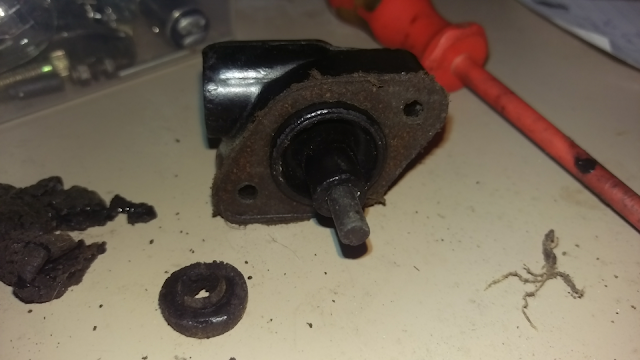 This works well now - nice fat spark. I need a few bits - a new HT lead boot, a pickup screw - but for now it is good.

I have a stock of fuel taps & bits, which I add to when things come along and I was able to remove the italian fuel tap, which had a metric outlet (or so I think - nothing I have would fit) and fit an old Ewarts double plunger tap: 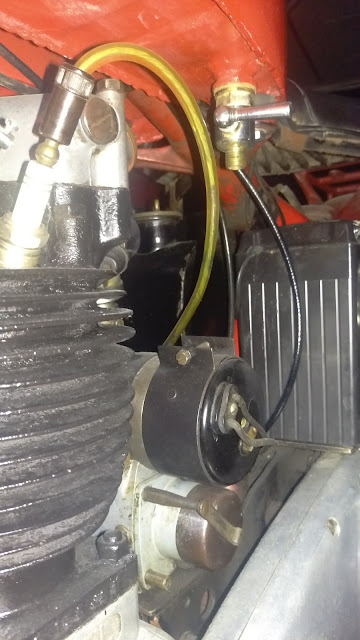 It's go two round plungers at the moment (it should have a hexagon one for reserve) which now have new corks. For the moment, I've made a flexible fuel line to use temporarily.

I've adjusted the rear brake & footrests to try to get the rudimentary footrests in a better place and I've added the dummy 'star' to the nearside of the girders: 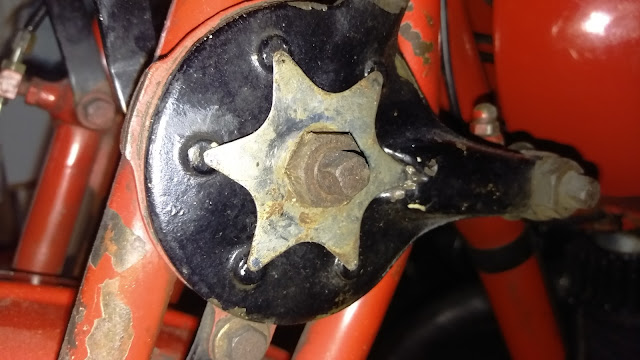 So having got it all working, I took it outside the garage to fire it up, and two or three kicks in, it thumps into life! I was able to ride it up the road and back before stopping the engine on the exhaust lifter. The clutch is fine, the front brake works after a fashion as well...

Then it started going a bit pear shaped with a few leaks. A bit of wet and smelly investigation later in the evening revealed a hole under the nearside front tank mount: 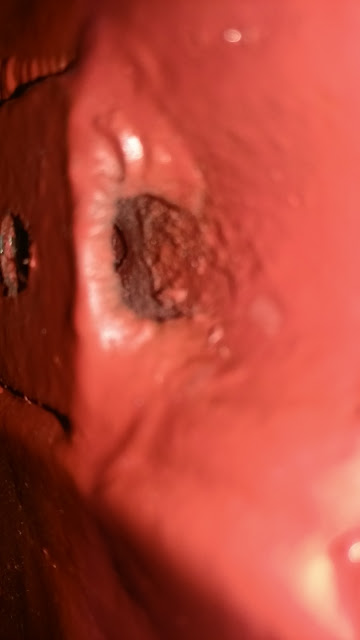 The float chamber was also leaking. It's 'straight' Amal float chamber with a banjo type bottom feed, so the float bowl is canted over potentially preventing the needle valve operating correctly. 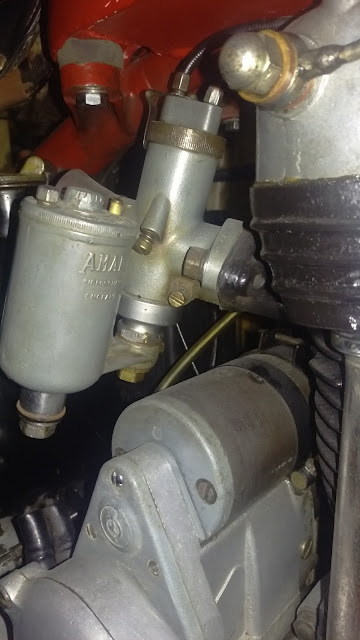 It also uses a banjo fitting at the bottom, which is wrong. Taking a look at the parts lists for early 1942 and early 1943, we see that a top feed Amal 2N float chamber was fitted for engine numbers up to BH6554, which has a copper pipe to a banjo on the float chamber, all illustrated in the parts list. Later, bikes have the 1J float chamber which has a bottom feed - no banjo, but with a crank in the copper pipe and a solder nipple & nut. Fortunately, I was able to find one of these on eBay.

So with a new float chamber, petrol tap corks and fuel pipe I should be able to solve the fuel leaks.

Apart from the effects of these over-long fuel tank bolts... They are not so much over length, as the fact that four of the rubber tank buffers are missing so that winding them in without paying attention neatly punches a hole in the bottom of the tank...

I'll see if a tank liner will do the job.

Meanwhile, I need to get the AOMCC dating certificate going, and get the machine insured. 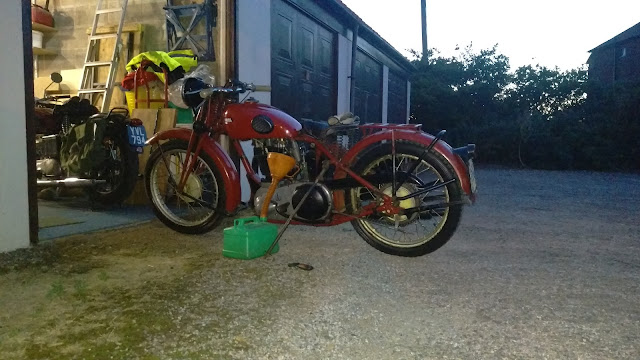