Genuine Ariel tommy bars are another rare item, and typically (of the tools at least) are rather confusing - not helped by the aforementioned rarity:
Once again courtesy of a few members of the Ariel clubs around the world, I have these pictures of three examples of the later 6612-27 three-diameter, two step tommy bar, and a W/NG tommy bar from Ray Tolman's genuine W/NG tool kit which has yielded so much interesting information.


We can see a few interesting points from this last picture:

Ray's pictures give us some proper information. Ray kindly measured these for me and allowed me to share the pictures so we can all use the information. 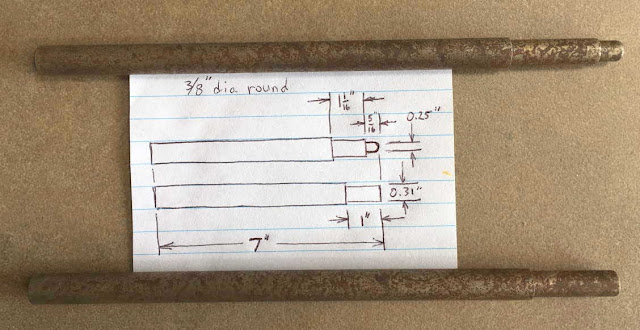 You'll notice Ray's tommy bars are a little shorter than David Andersen's later tommy bar. Here's a close up of the stepped ends; Ray confirmed that there is a 0.31" section on both bars: 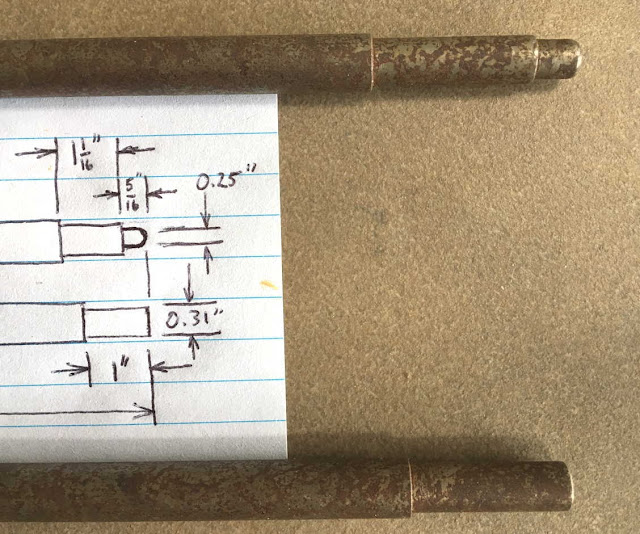 I'm planning to turn each of these up from EN16 steel round bar. First cut two 7" lengths from a bit of 3/8" round bar: 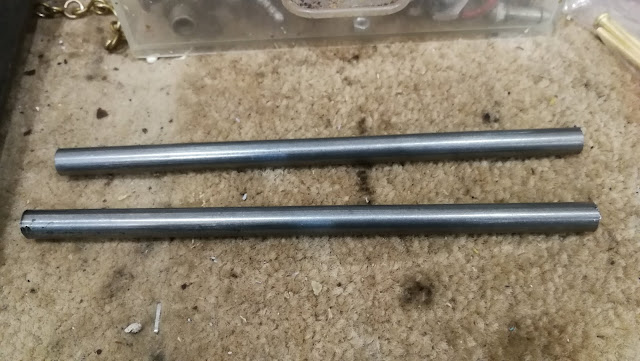 Face and round the ends: 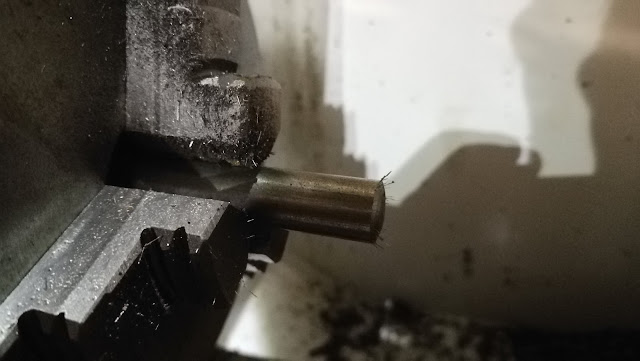 And as if by magic, some tommy bars appear: 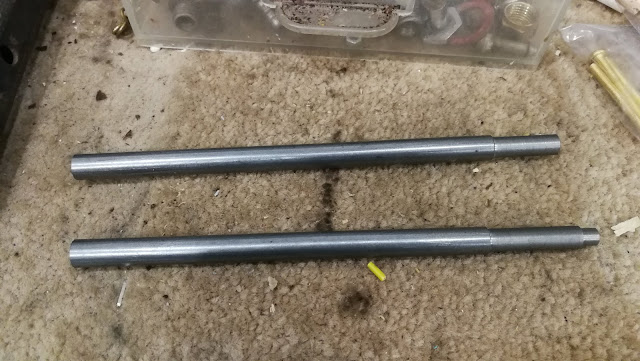