Let's get the CX Moving

It's been a busy month on the railway, cramming in some turns as we approach the quiet season; we've had some family stuff and some parties, and there has not been much time for repairing motorcycles.

It's not all been quiet though. I try the 'little and often' approach, pass by the workshop every day and do something.

Here's the story so far, mostly in pictures:

As I had the radiator off, it made sense to tidy up some of the rusty steel parts.

Both of the calipers have broken bleed nipples. I'm never sure I should attempt this sort of thing - it is fraught with risk for little gain: 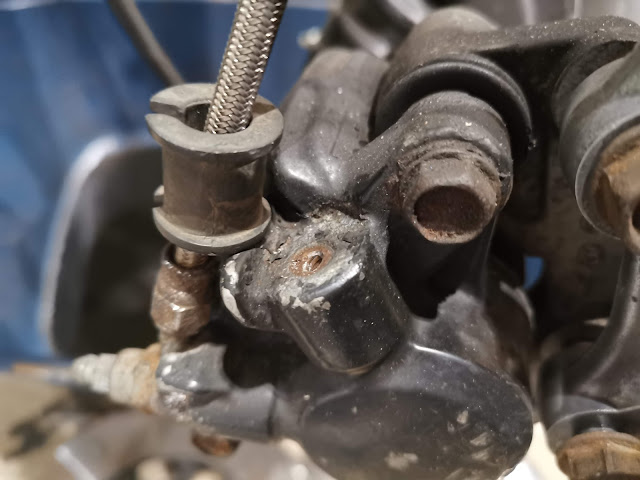 I've drilled this out in stages to 6.6, jsut under tapping size for M8 which is 6.9. The remains of the thread come out easily though it has more clearance than I would like and the nipple does not seal at first - I have to improve the sealing surface at the bottom of the hole: 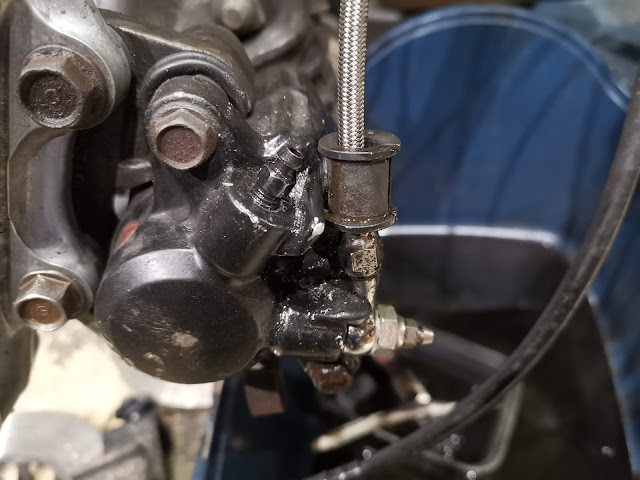 The radiator gets a repaint after cleaning as well: 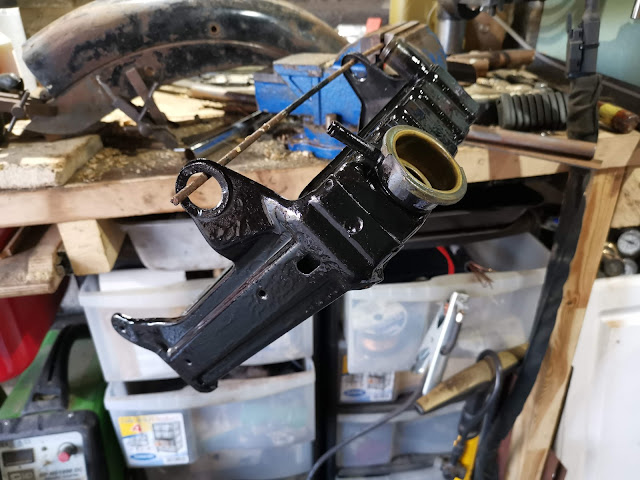 Bleeding the brakes with a Visi-bleed: 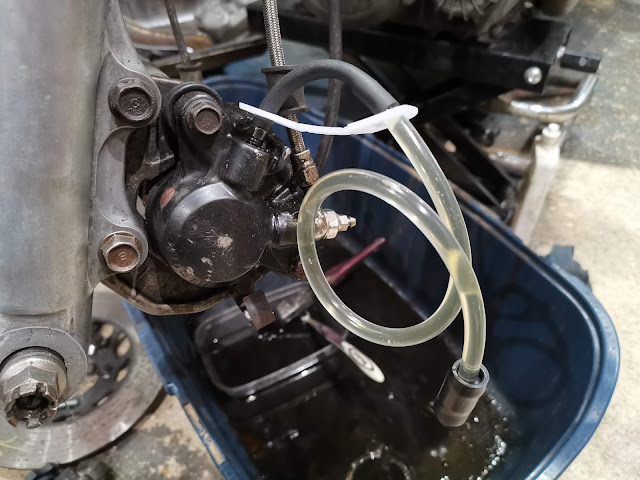 Replacing the brake discs after painting the wheels: 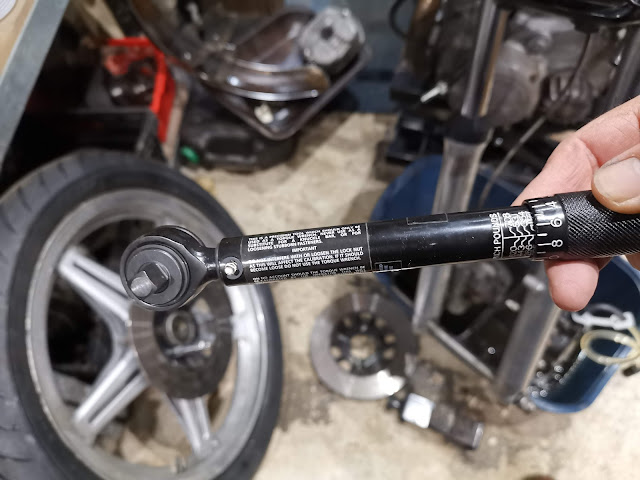 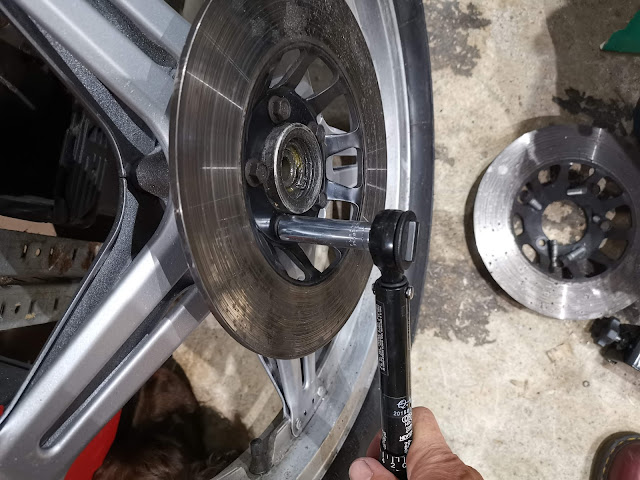 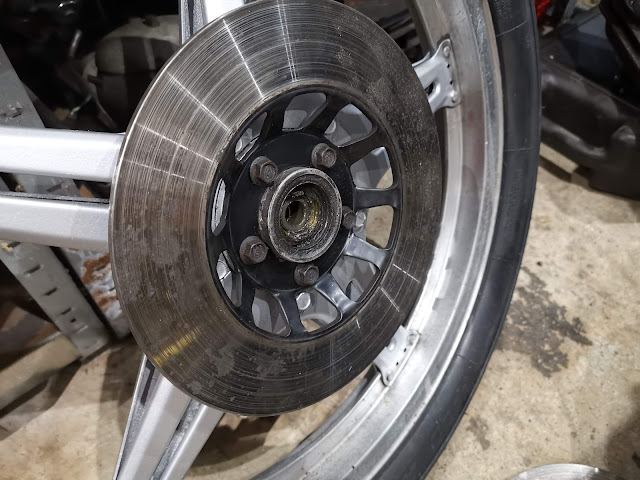 Low strength thread lock will prevent these studs coming out next time. The nuts will be stainless. 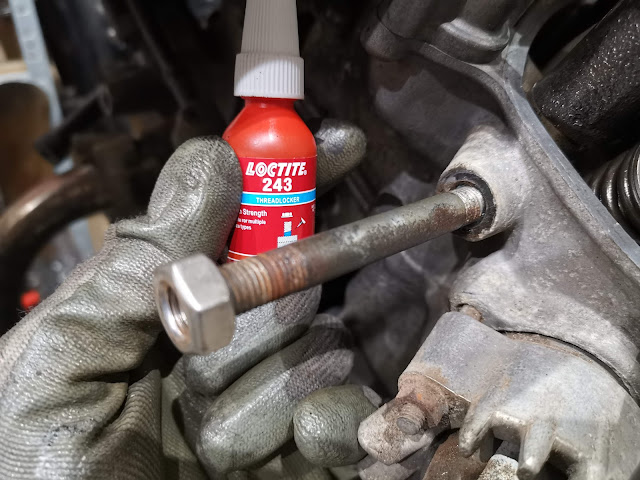