Lots of my bikes, from the Bantam to the SQ4, the W/NG, FH and now the QR50 have problems with stands, usually because they are worn out on the feet or that the mounting is damaged in some way. The QR is an exception, sort of, in that it has a worn mount (which we fixed earlier) but it's also the wrong stand. I believe it was meant for an NC50 Express.
If you take a look at this picture you can see that the bike is teetering on the stand - the slightest shove forwards will have it off: 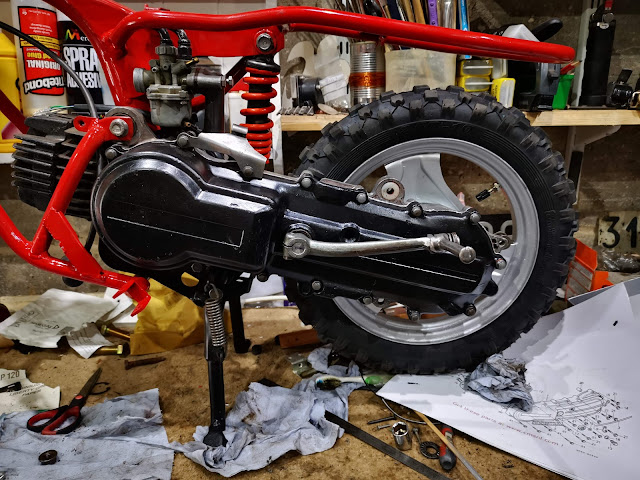 Here you can see why - the shape of the stand does not allow it to come forward far enough for the spring to go fully over-centre and hold it down: 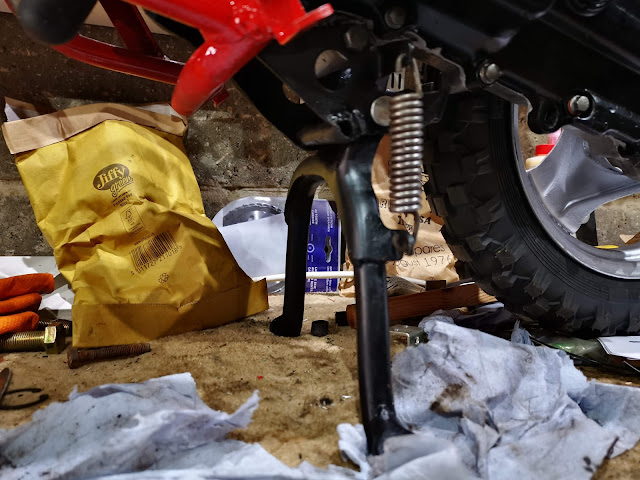 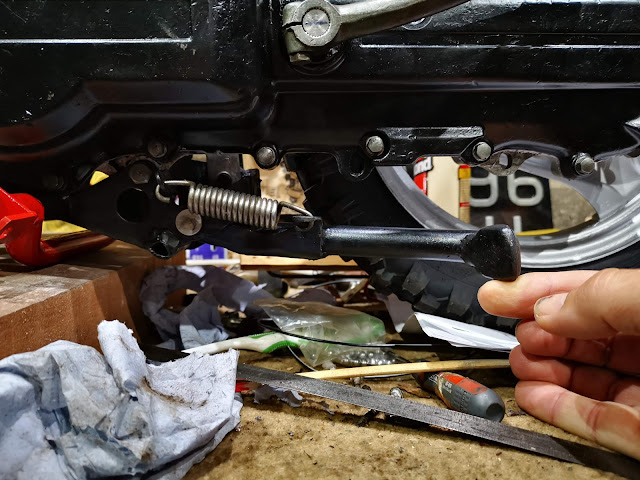 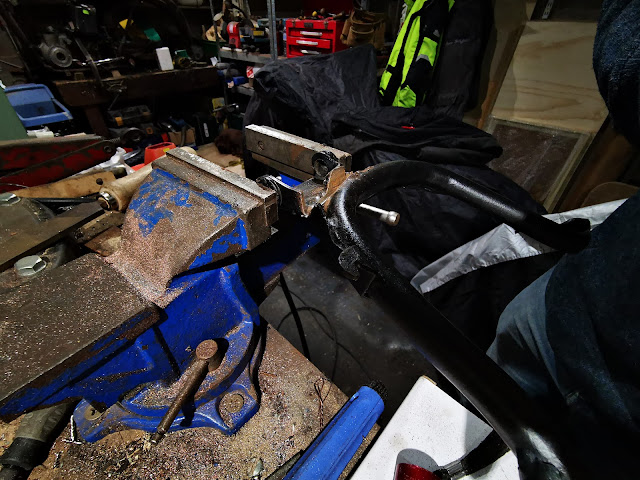 The stand feet are much further forward and the bike is more stable: 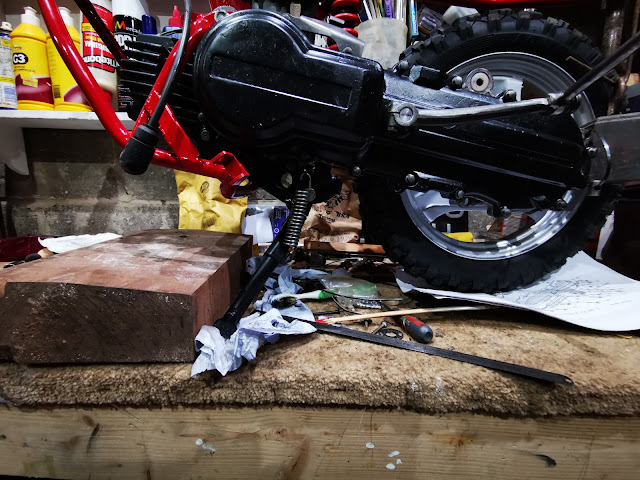 Since the stand spring lug is now further away from the engine end of the spring, the spring is tight and the stand is held firmly up: 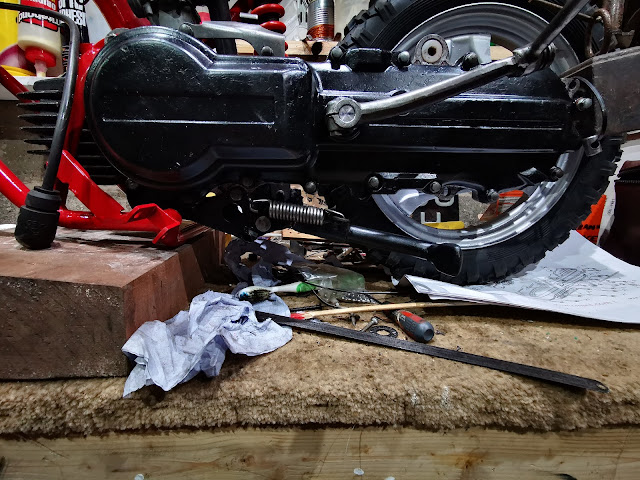 A bit of TIG and all is set in stone: 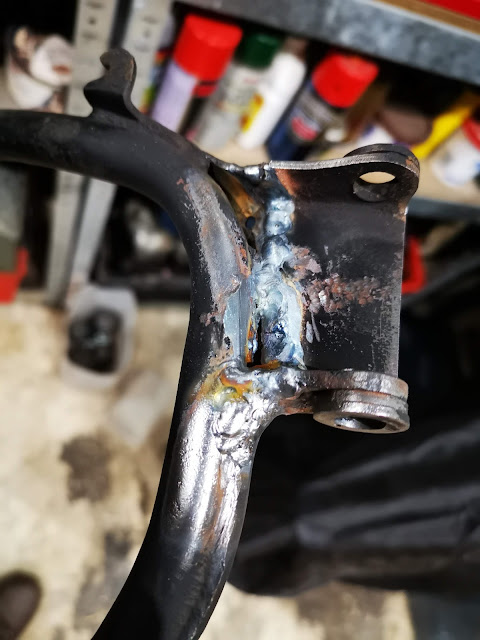