The batteries on the SQ4 are now seven years old and are coming to the end of their life, as witnessed by a complete failure to start earlier this year, remedied with the CTEK charger, and a short trip out a few days ago. This one was odd - I had left it idling on the bi-starter to warm up and all was fine (though of course at that speed it wasn't charging). I then took it out and it had no power, eventually dropping onto three cylinders within a few hundred yards of the house - I travelled 1/2 a mile in all, none of it at high enough speeds to charge the battery.

Getting home, the multimeter showed my batteries were down to 5.5 V or so. New batteries are on the horizon!

In the meantime, picking up on a thread in the AOMCC forum I had bought a battery condition monitor from Gammatronix: 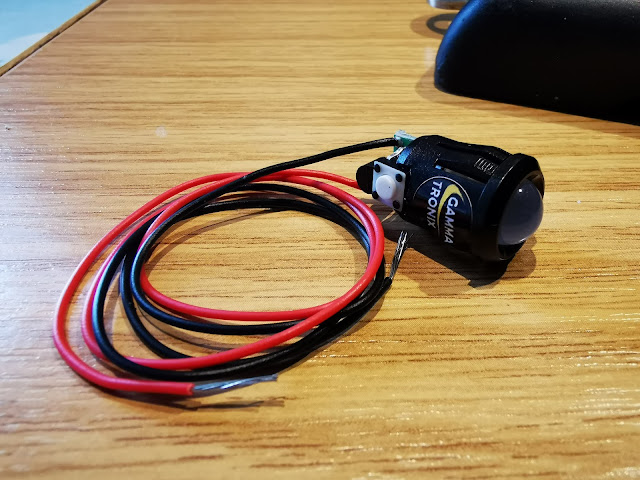 I've chosen to fit it in the top of the dummy battery box. It fits in a 14mm hole which I cut with a cone drill. 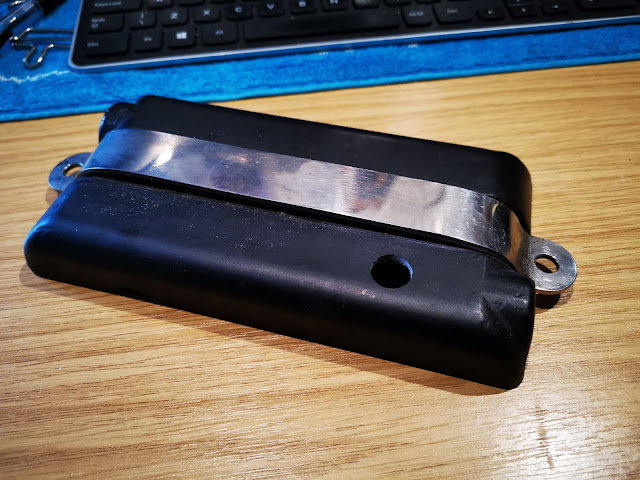 I've sealed it with some silicone on the outside: 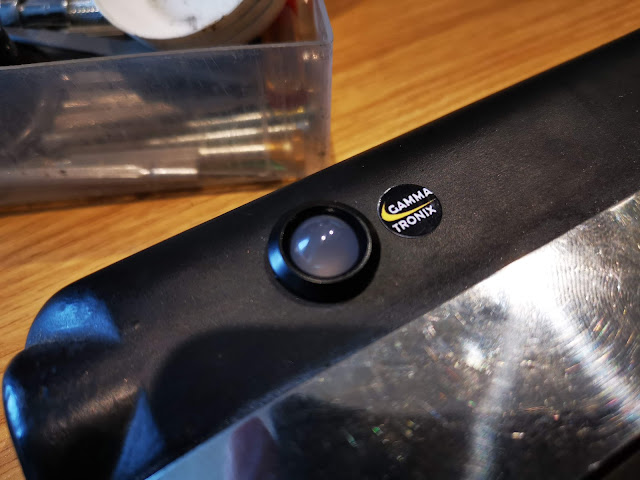 It's also protected on the inside with some pvc sleeving: 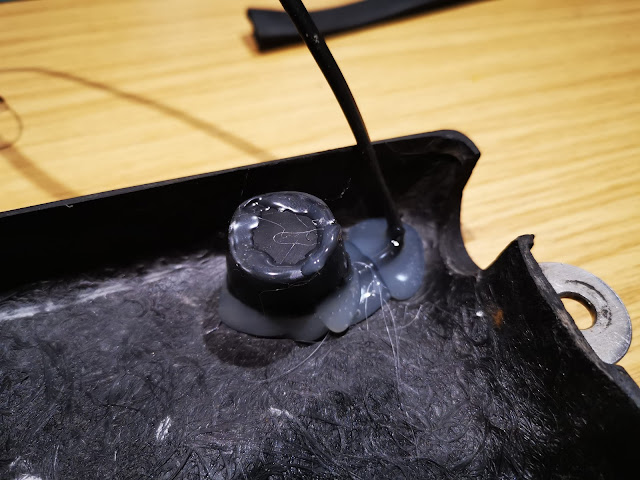 Once you have fitted the battery monitor and have wired it up (even temporarily - it remembers it's settings) you have to programme it. This is by a simple sequence of button pushes. I have it set to 6V, Map #3: 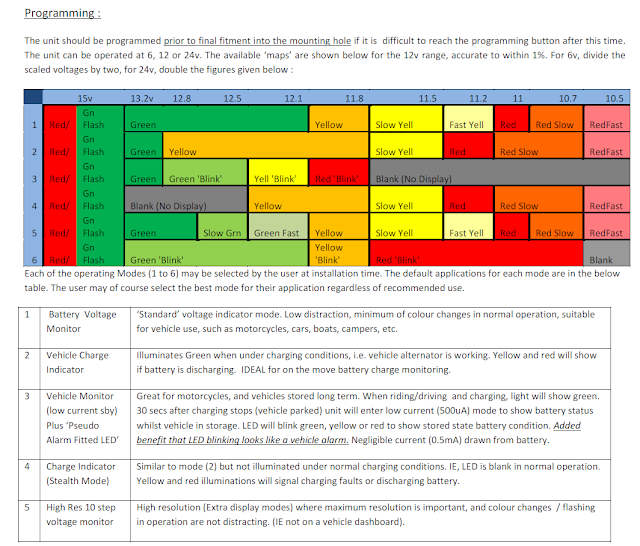 There's a further map #6, which is for low current applications and shows a slow red, yellow or green blink according to voltage level.

Here is a very exciting video of a LED flashing green. Tell your friends, it is riveting stuff:

Eagle eyed readers will see the CTEK charging connector I have fitted in the background.
The battery monitor is wired in using a long twin core cable, so that I can remove the dummy battery box lid and lay it on the seat for battery or fuse box access. 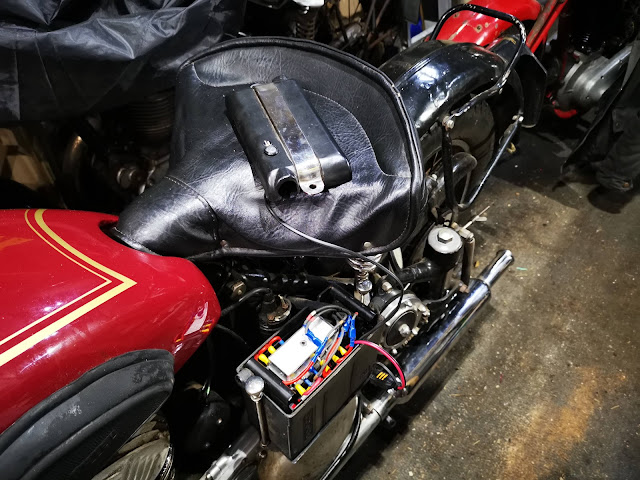