This is an exercise in turning as a favour for fellow AOMCC member Lee who is currently building a KH - a 500 cc twin. One of the delightful things that happen in the AOMCC is that members trade bits and information with each other - Lee gave me a new clutch adjuster for the W/NG recently, so it's my turn to return the favour and get some good turning and screw cutting practise at the same time.

His KH has a Vokes pancake air filter, which he wants to attach to a 276 carburetter. These are the dimensions: 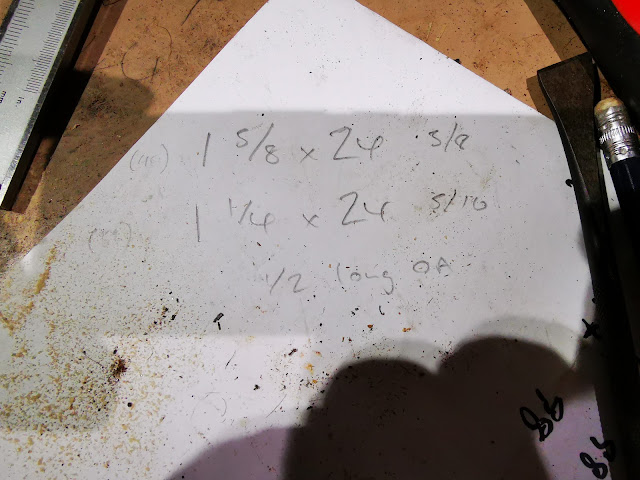 They will be a 60° form - it's a CEI thread but in a non-preferred diameter. 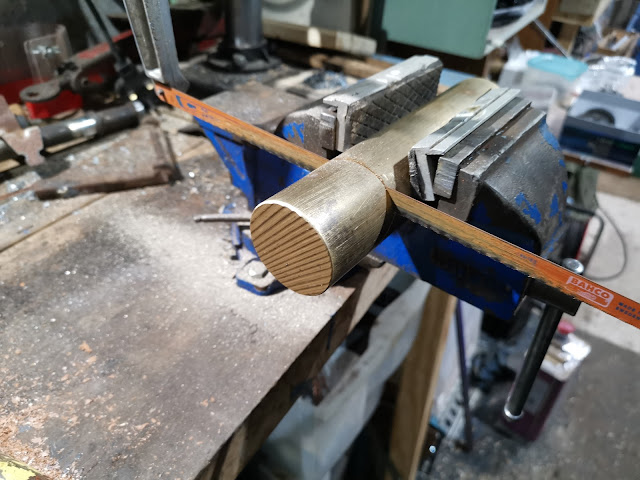 I've faced this both ends and turned a section down to the required outside diameter of the larger thread: 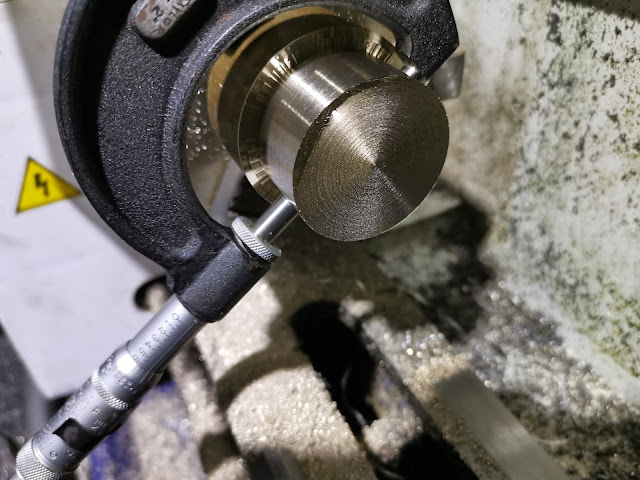 Next job it to cut the bore to the minor diameter of the inside thread, starting with drills up to 3/4" and finishing with a boring bar: 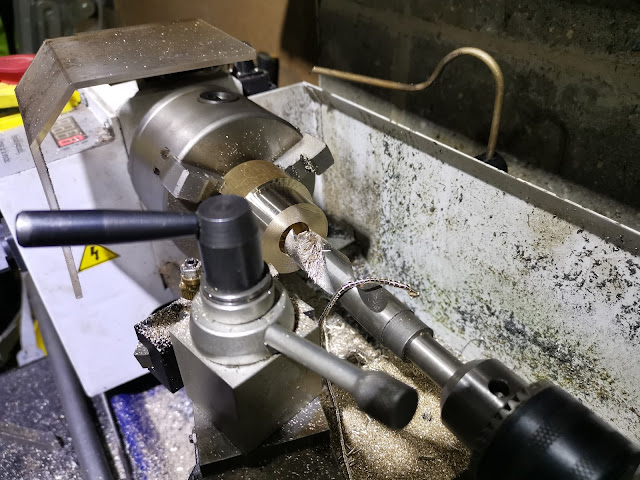 I'll cut the outside thread first - it's easier and I can test the setup. In this picture, you can see the thread is not fully formed - it's flat on the peaks: 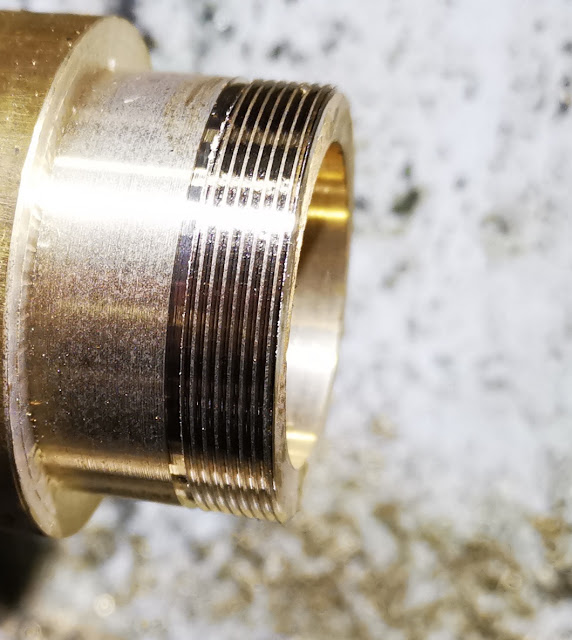 I obviously didn't take too many pictures - I have finished both threads in this shot and have test fitted ot to a 276 of my own. I did actually turn a 1/2" length of the inner thread from a bit of thick wall tube to test it properly - this carburetter is in very poor shape so it's not a very good test. 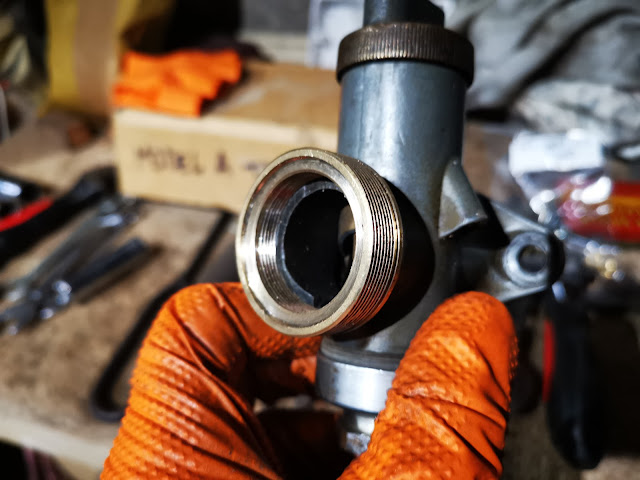 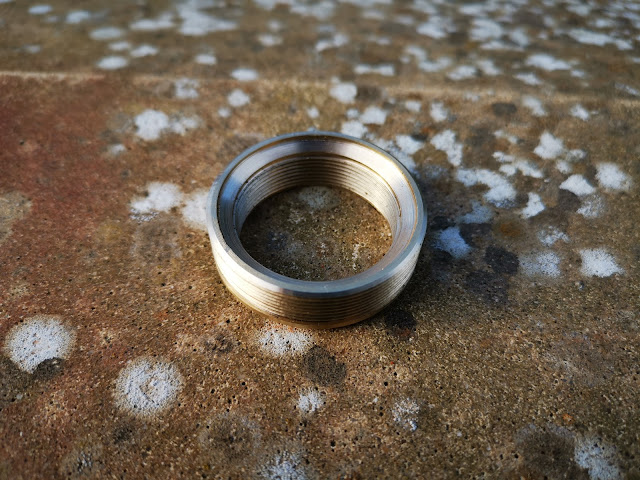 And here it is on Lee's carburetter. He says the thread into the filter is a bit tight - but we don't want it falling off now do we! 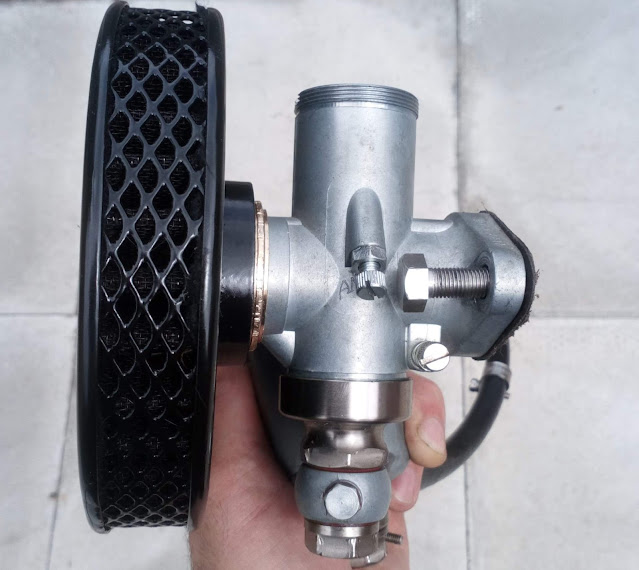