Back in an earlier post I commented that the fuel tank cap was not a proper Ariel one: 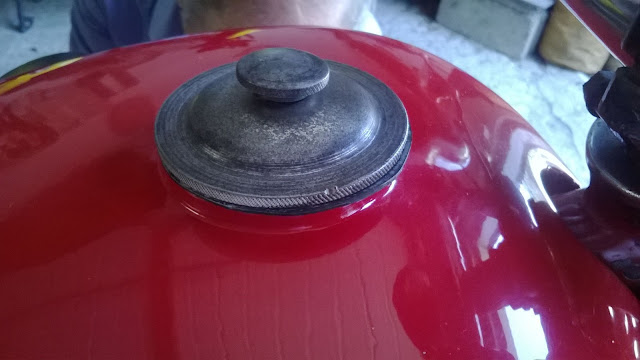 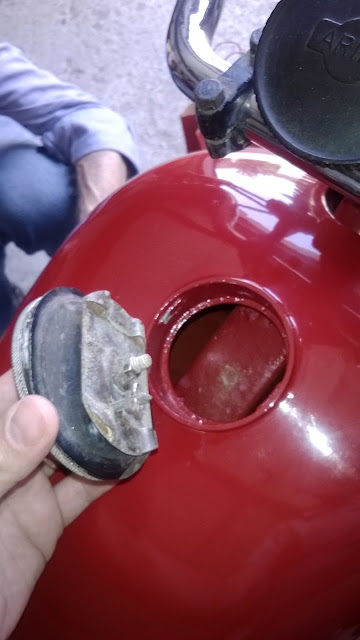 Fortunately I had an old one lying around which I had dismantled by drilling out the siezed centre screw. The female thread in the cam plate was just about usable: 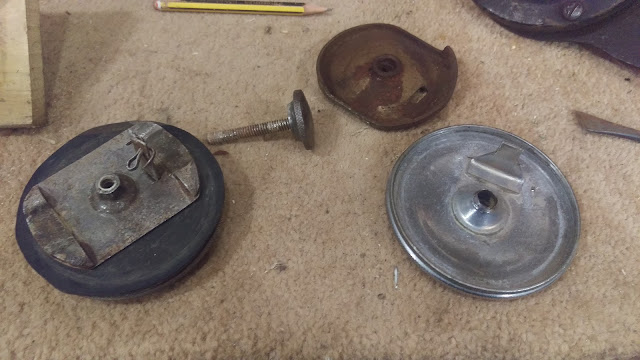 All I needed was a new seal, cut from a sheet of neoprene and a new centre screw which I bought from Drags 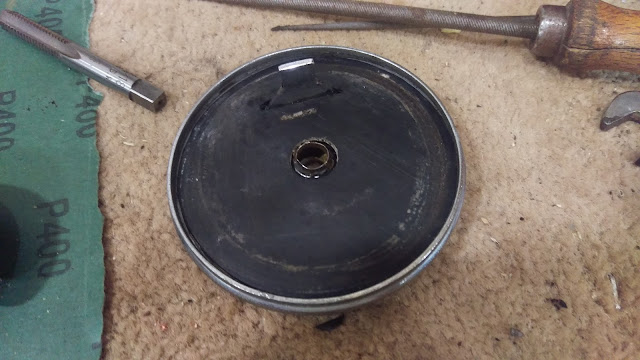 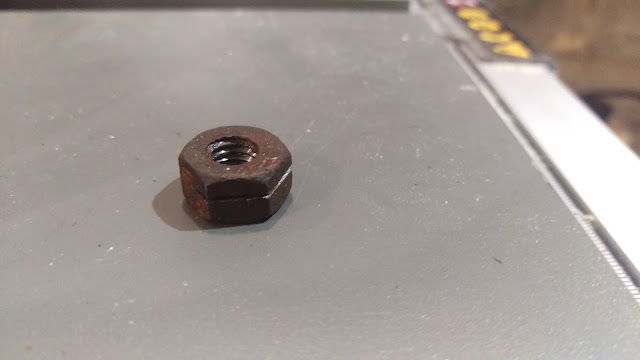 All together and in place. Looks the part, though the centre screw is too domed: 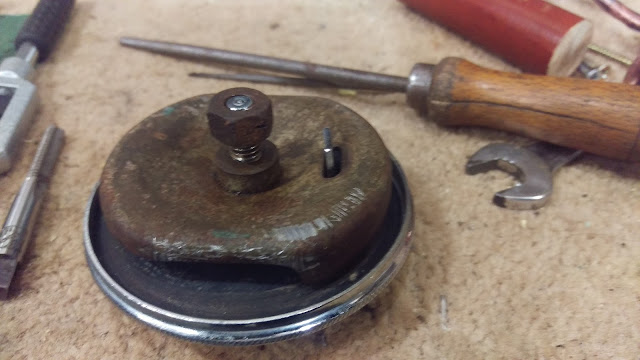 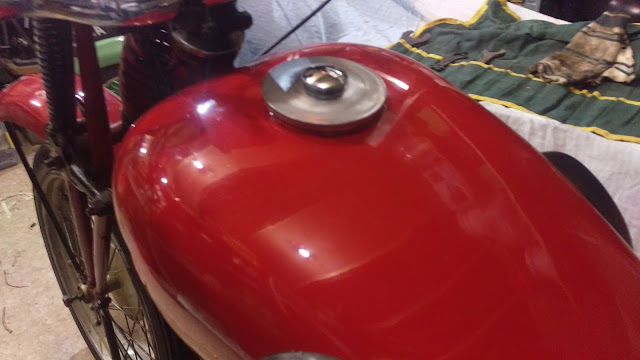