A bright sunny day, a day off, a wife looking for a few hours to pamper herself and a dog with a poorly foot leads to a day in the garage or maybe, since the SQ4 had not had any exercise for a while, a little trip out.

In a big shed attached to old railway buildings at North Walsham lives an interesting collection of over 120 motorcycles from the 1920's to the 1960's, put together by George Harmer, and looked after by George, his son Steve and a few enthusiastic volunteers. The museum opened in 1993.

It's more like a cross between a traditional bike shop and a museum, than a regular museum. I went to  the National Railway Museum at York a few years ago, which is full of shiny railway locomotives and other exhibits in a spotlessly clean environment. Now, maybe I'm spoilt by living tens of yards from one of the best standard gauge heritage railways in the country, with all the grime, smoke & smells that that entails but it's taught me that I don't like museums filled with cold, dead, trains, cars or motorcycles.

So for me, this place is great. If you are old enough to remember Happy Hamrax, Joe Francis Motors or any of yesterday's bike shops - oily floorboards, dusty old bikes, shelves sagging with boxes of obscure bits - then you will love it.

Here's a few of the pictures I took while I was there - just things that grabbed my attention.


Here's an overview of the museum, to give you an idea of the scale: 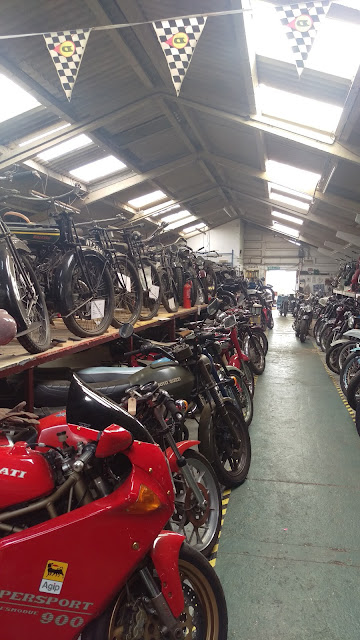 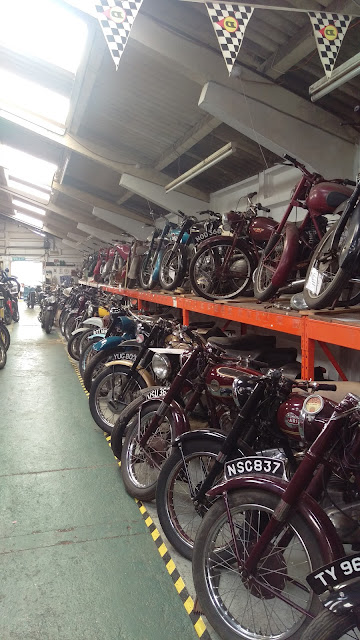 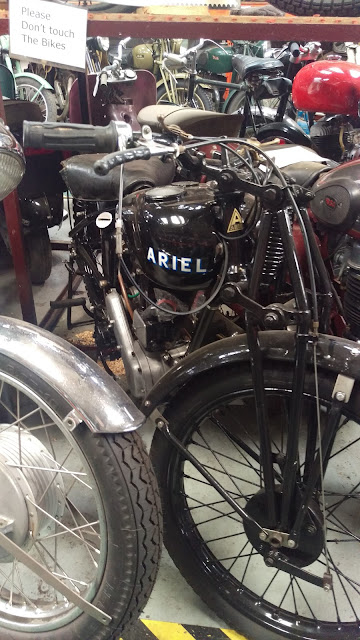 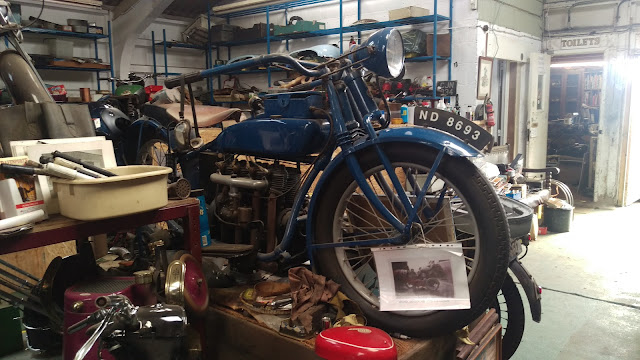 A gem of British engineering - a Rudge Radial 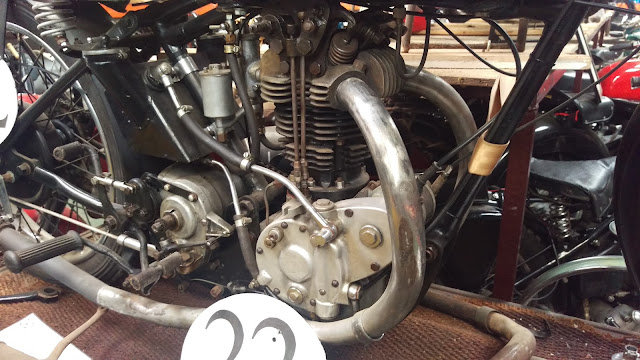 Close up of the cylinder head showing the pushrod operated radial valves: 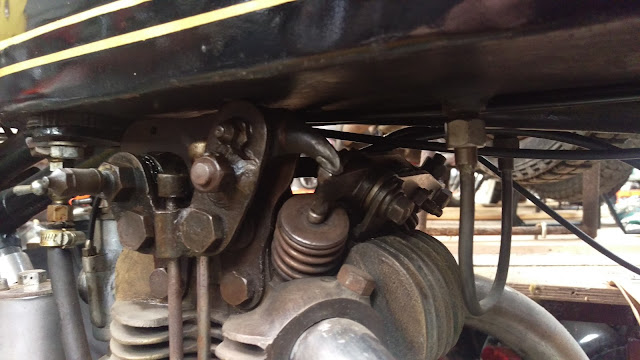 The museum has exhibits in varying states of restoration: 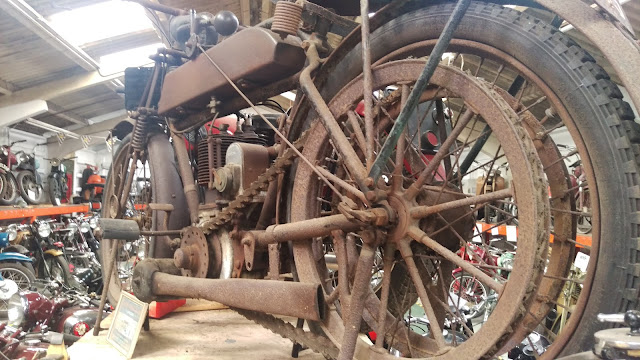 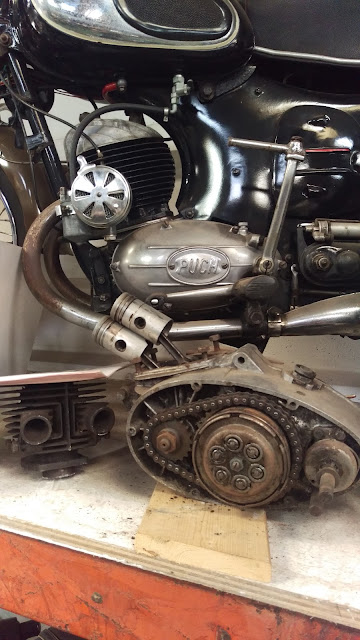 Here's the most interesting corner of the museum - the workshop! 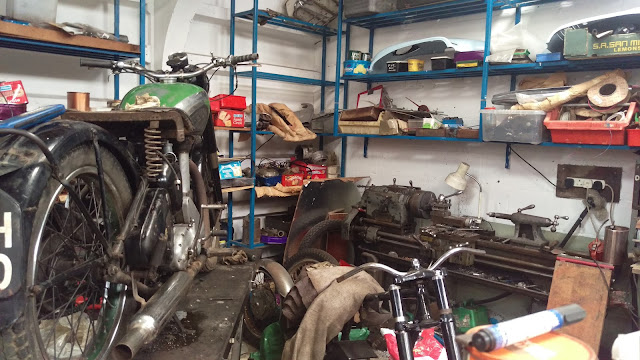