The parts book for my 1942 W/NG tells me my footrests should have rubbers. 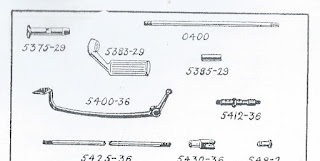 I think my footrests should be plain and more round in section than the flat ribbed 'military' one, something like 5393-46 perhaps; thought these are curved unlike either version of 5383-29.

Whatever they should be like, this is not it. The offside footrest has a serrated boss, and fouls the gearbox cover nuts: 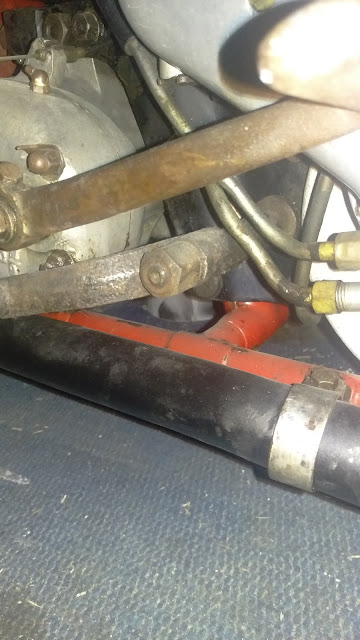 The nearside one also has serrations, but is not curved at all - which it needs to be, to get it in the proper position for the brake pedal - at the moment, the pedal is way too close to the footrest. 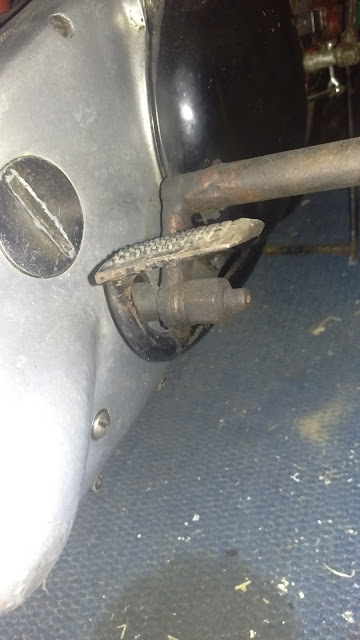 So I bought two 5383-46 footrests from Drags, and very nice they are too, because if they fitted the singles in 1946 I'm sure they should look the part on my W/NG, and they are made for rubbers. 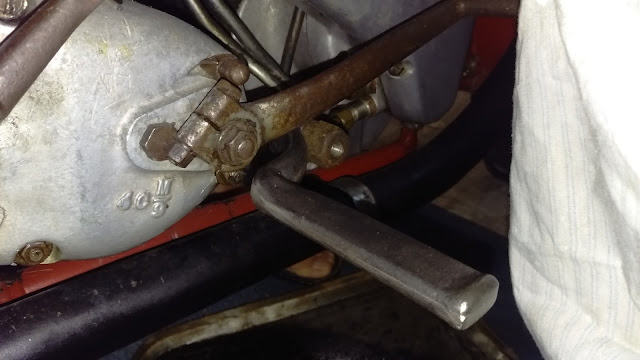 You can see it is a much better fit around the gearbox.

Ignore the socket in the next picture, that is on temporary spacing duty. Someone has cut the taper of the offside (5375-29) footrest mount. Does anyone know how long a 5375-29 footrest mount is supposed to be? My footrest is too far out as shown here. 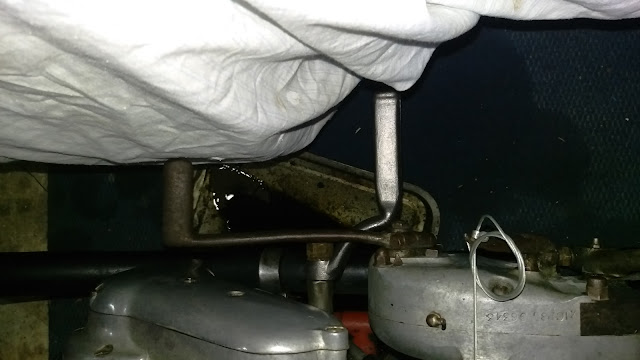 So in this one you can see that the curved footrest is in a better position for both the brake pedal and the clutch dome: 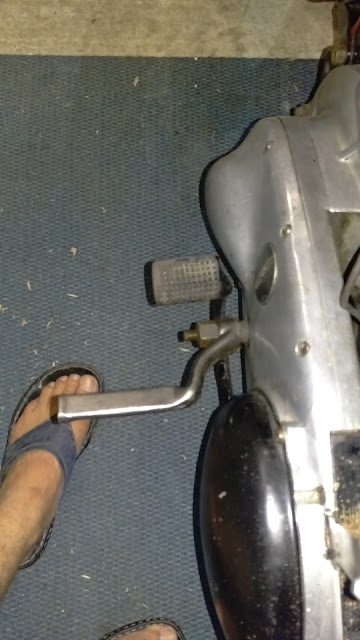 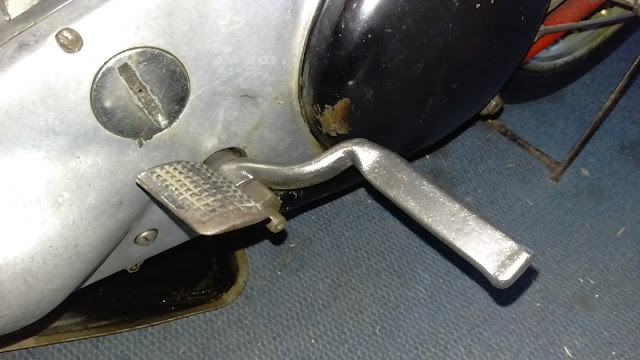 These are the genuine Ariel 5393-46 footrests on my SQ4, for comparison. This is a 1951 bike, and has a rather different arrangement on the gearchange side to the singles: 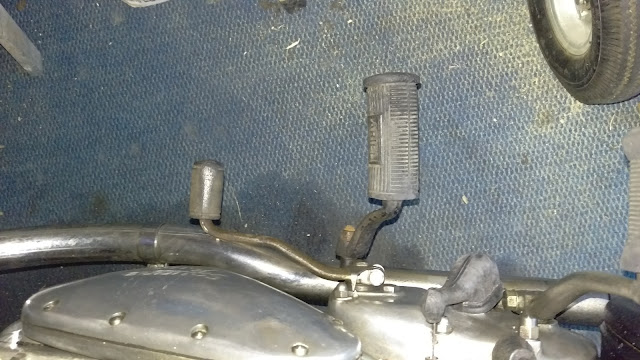 On the drive side, see the proximity of the footrest support hole in the primary case to the edge of the clutch dome, and remember that the SQ4 brake lever is different: 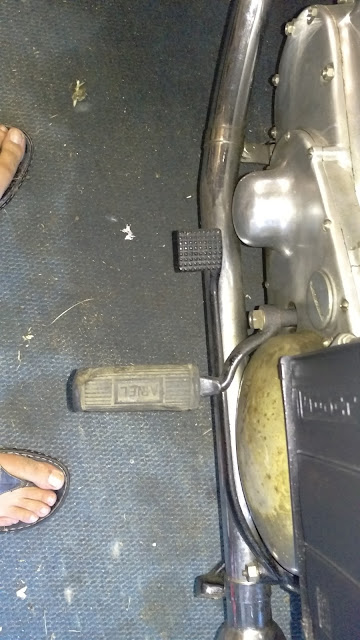 The footrests on two different 1949 NH, for comparison. Perhaps not surprisingly these are very similar to the arrangement on my W/NG: 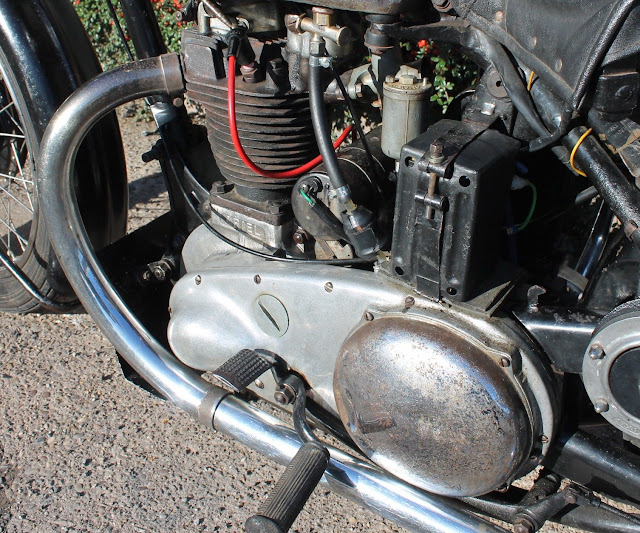 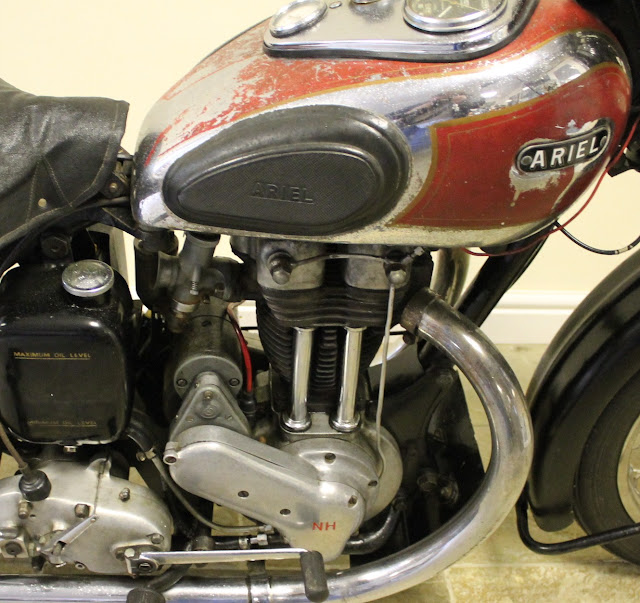 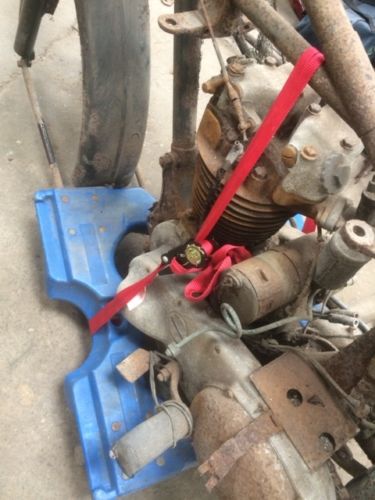 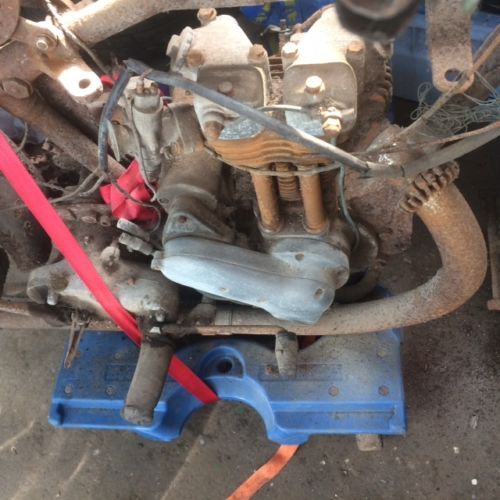 Luckily for me, I have around 8 original footrest rubbers in the pile of parts that make up my Huntmaster kit. Two of these can go on the W/NG. which is early enough to have had footrest rubbers when it came out of the factory. They have also had a dose of black paint: 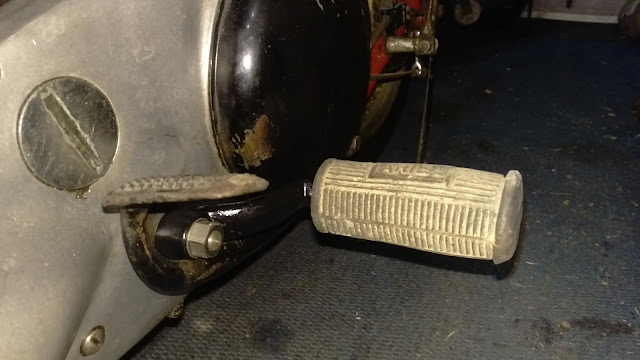