I have had persistent problems with the feed union to the cylinder head, which despite re-tightening on several occasions has always backed off after a few hundred miles. Seeking advice on this on the AOMCC forum, Nev Hunter from Australia pointed out that it was the fibre washer I was using that was at fault. This area gets so hot that it will cook a fibre washer... 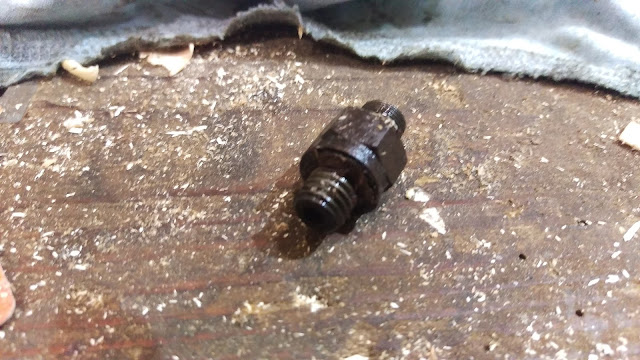 In this location you must fit a copper washer: 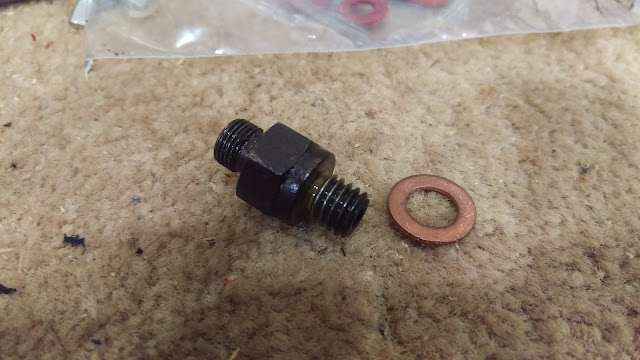 The second problem was not of my making. There are two oil lines leading up to the cylinder head from the crankcase; from the front main bearing as shown in this diagram of the 4G, and from the rear main bearing, a banjo under the timing cover on later bikes. The assembly consists of two lines _ a 3/16" line for the gauge, and a 1/8" line for the rockers which seems illogical but the 1/8" line is there to choke the feed to the rockers and to maintain back pressure at the main bearing.

Pressure loss in a pipe is affected not only by the size of the hole but also by the length of the pipe, so that long, small pipe to the rocker creates a restriction in oil flow to the rockers which has the effect of increasing oil pressure at the banjo, and hence increases the pressure the gauge sees. Mathematically, the effect is demonstrated to engineers by the Darcy-Wiesbach equation which has been useful in most of my oilfield career when predicting the performance of hydraulic fluids and chemicals racing along thousands of meters of small bore lines and back.
Problem was, several assemblies are out there that are the wrong way round, which results in over-oiling to the rocker box and a gauge that under-reads (since the oil pressure to the rockers is lower), so we will set about fixing the problem.

You need to take the tank off to have a look. 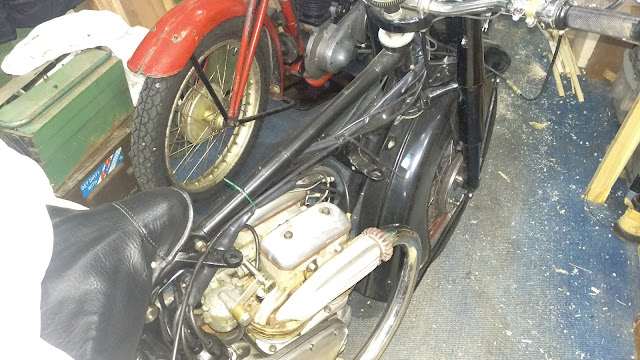 Here are the oil lines - the 1/8" pressure gauge line and the 3/16" rocker feed line. We are going to swap these around: 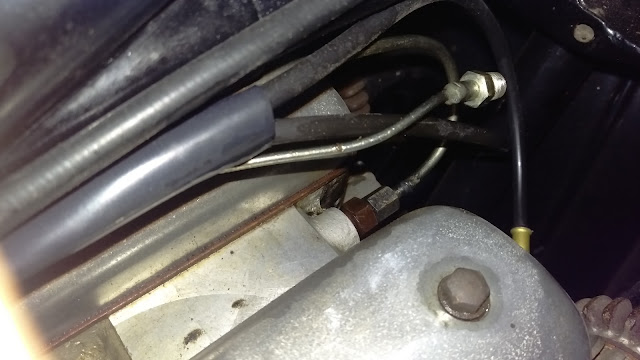 Here I've cut the old 3/16" rocker feed line and fitted a 1/8" equal union, which will mate directly with the existing line to the gauge: 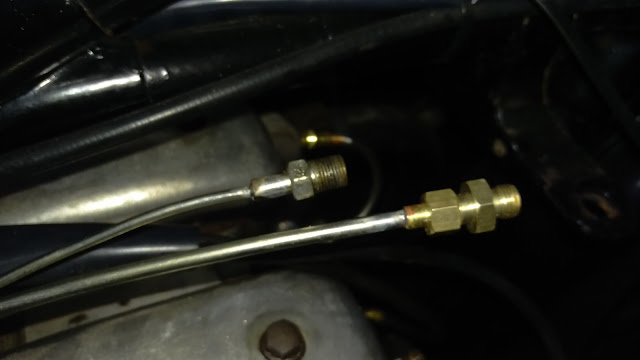 Using the remains of the existing 3/16" rocker oil feed, just the last few inches to the head, I've fitted a 1/8" nipple & nut to mate with the old gauge line coming from the double banjo under the timing case. In this picture, I'd kicked the engine over to prove I had oil coming out of those lines: 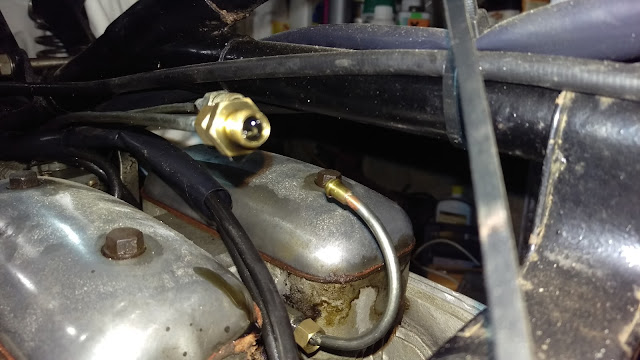 I took this picture after the first road test, when I discovered that the rocker box soldered joint had failed - poor penetration caused by bad fluxing or low heat: 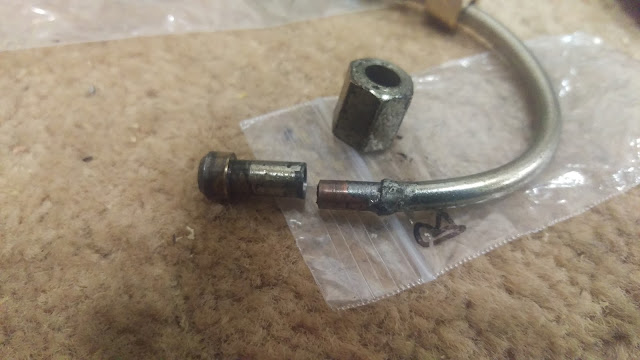 From the beginning of the rebuild, my Four has exhibited the same behaviour with respect to the oil pressure, namely that it will show about 55 psi cold, idling or on the road - governed by the relief valve. This drops to about 25 psi at 40 mph when really hot, and about 10 psi at idle - all this on Penrite 40/70. 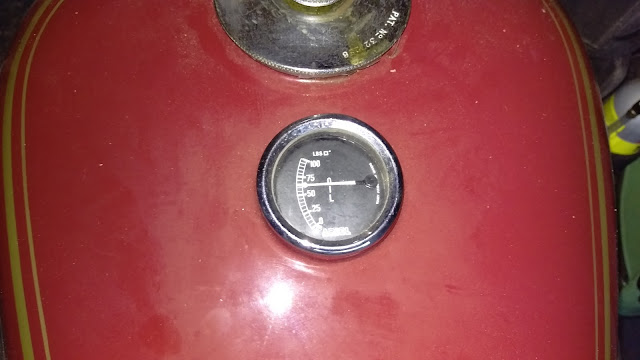 Now that I have the rocker box/pressure gauge oil lines the right way round, its completely changed. Same oil, but now I see 60-65 psi cold, and about 50 hot; this drops to 25 psi at a hot idle.

I'm a happy chap. I might go back to a lighter oil, just so I can kick it over in the winter without a hernia.
Posted by CharlieCeng at 16:44