As some of you may know, my W/NG was initially registered to an organisation in Italy called the ARAR.


After the end of the second world war, Allied forces had a huge quantity of war surplus in their inventory, which they had used in the Italian Campaign. Since shipping it back home would have been expensive, they decided to leave it behind at the disposal of the new Italian government.

Any surplus, with the exception of combat equipment, could be bought at auction by civilians at the so-called ARAR compounds. ARAR stands for Azienda Rilievo Alienazione Residuati, roughly translated as “Enterprise for the Collection and the Disposal of War Surplus”, and this organisation was active between 1945 and 1958. 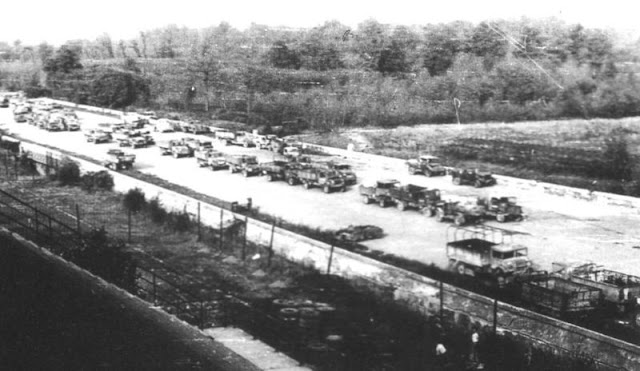 Ferruccio Lamborghini had served as a fitter in an Italian Royal Air Force motor pool during WWII, on the island of Rhodes. In peacetime, recognising an emerging post-conflict market, he started his own business building his “Carioca” based on the engines of Morris trucks from the ARAR compounds. Later on, he started his own tractor-making assembly line and even later became a manufacturer of top-notch sports cars, out of a dispute with Enzo Ferrari.

Motorcycles were abundant in the ARAR camps until the 1950’s; one could buy an ex-military motorcycle for about 4 months wages and many small businesses started as a result of this ‘feedstock’. Machines would be painted black, the tanks chromed and sometimes modify the rigid rear end to provide some rider comfort – Benelli restarted post-war selling suspension kits to convert ex-military machines.