In the last instalment, we removed the outer timing cover to gain access to the dynamo drive, the ATD and the oil pump. We removed the dynamo drive chain but then stopped with this old, lightweight Japanese puller distorting itself while attempting to remove the large dynamo pulley on the idler pinion. 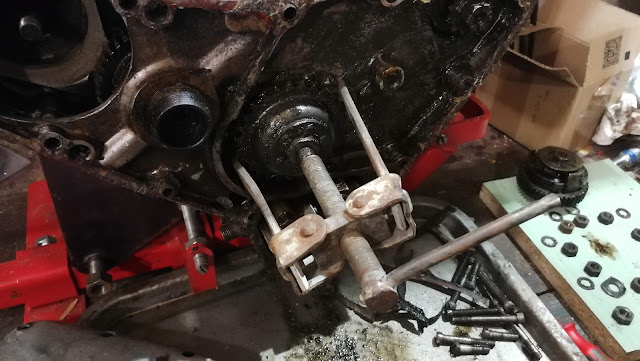 Over a week later, with three trips away for work I can tell you that the old puller never managed it and I had to make a new one. The new one, backed by a piece of 1" x 3/16" angle, is considerably stiffer though it loses out by having a coarse thread - the centre thread on a puller should be a fine, hard thread. Anyhow, it worked well enough and the dynamo pulley is now off. 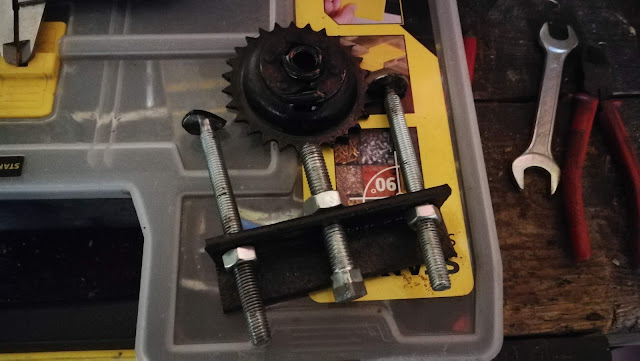 Here we are - I told you it was off. Nothing untoward here apart from damage around the ATD which suggests it has been whirling around and rubbing the timing case: 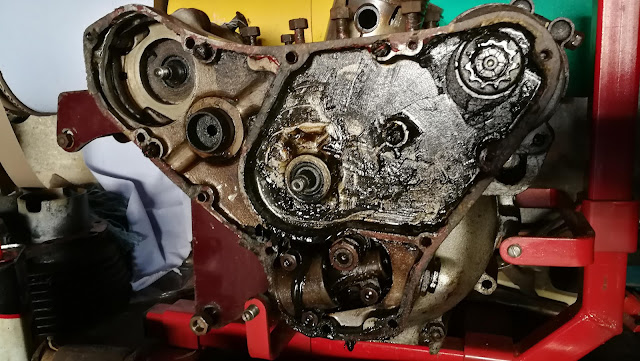 The next step was to remove the inner case, which is held in place with four screws. A quick dose of the traditional remedy - leather hammer and impact driver, though not necessarily in that order, had it free in a jiffy. A mysterious 'tink' followed and this little chap appeared in the drip tray: 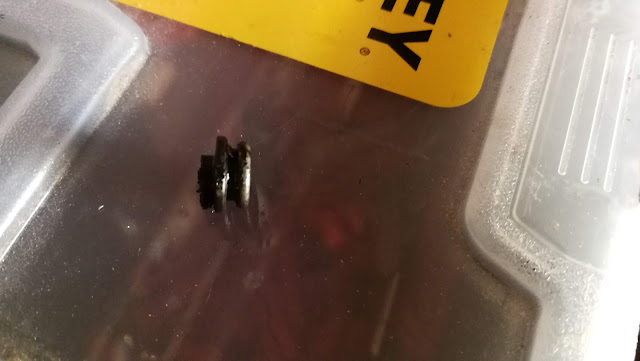 I wonder what it is?

Now we can see the crankcase, which looks fine & dandy. The idler will have to go back in to release the crankshaft & cam shaft nuts. 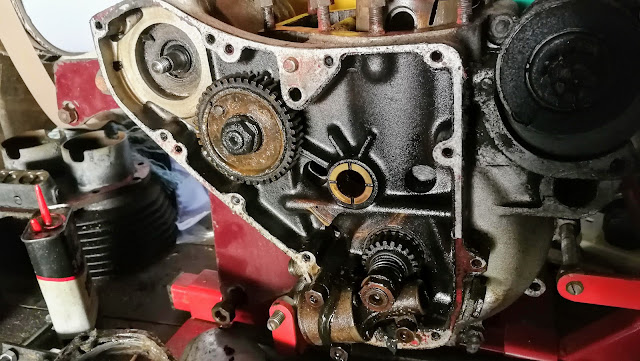 Here's the crankcase side of the inner timing cover. You can see the damage the loose ATD has caused in the top right of the picture. 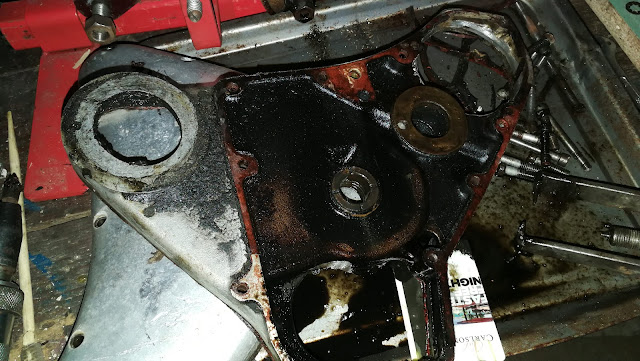 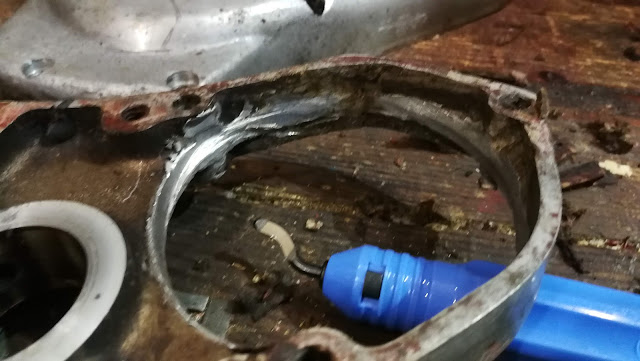 The magneto shaft, whilst it will turn the points, is very wobbly. This is more than a bearing problem - I think the shaft is broken. 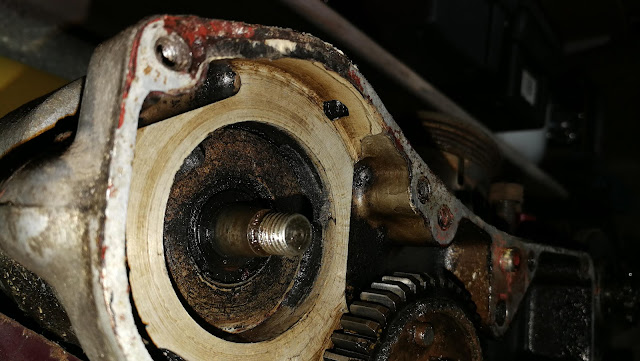 Here's the timing cover in the parts washer, almost clean. 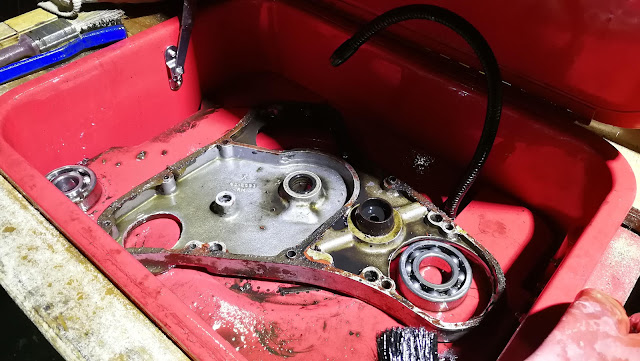 It was about now that I discovered you are not supposed to put paraffin (kerosene) in these little parts washers...
Posted by CharlieCeng at 23:06