I have two sets of crankcases for the Huntmaster - the original 1958 cases which are bare and clean (and match the buff log book), and a set from a complete 1955 engine. Pundits will know that the 1958 cases will take the later large big-end journal crank designed for the 1954 BSA Road Rocket and fitted to all the A10 range from 1958, including bikes with A10 derived engines such as the Huntmaster. Thus, the earlier Huntmaster engines (like my 1955 version) use the smaller big-end crankshaft from the Golden Flash.

I plan to use the later, original cases to recreate the bike as it was, and part of this job is to strip the 1955 cases for transfer into the 1958 cases when the time comes. 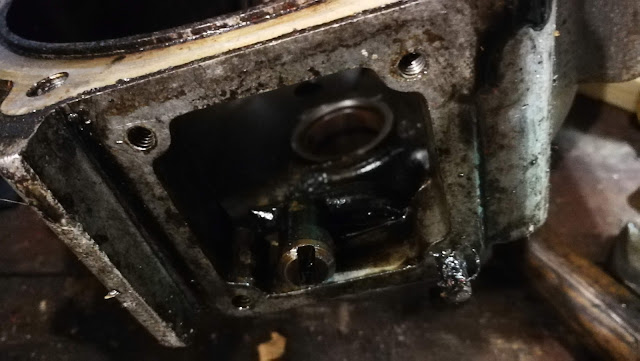 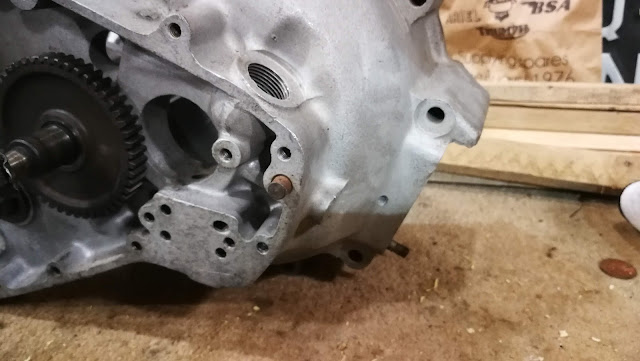 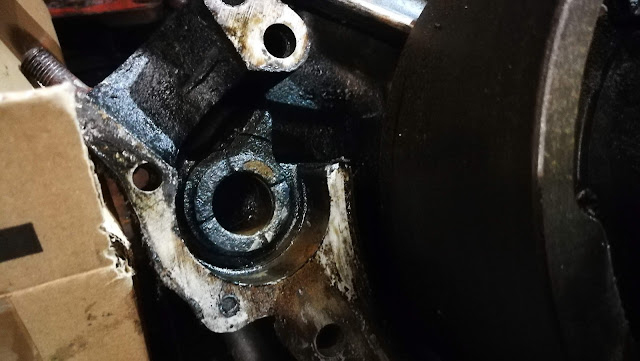 Timing side camshaft bush in the 1958 cases; timing side main is missing, as is the oil pick up pipe: 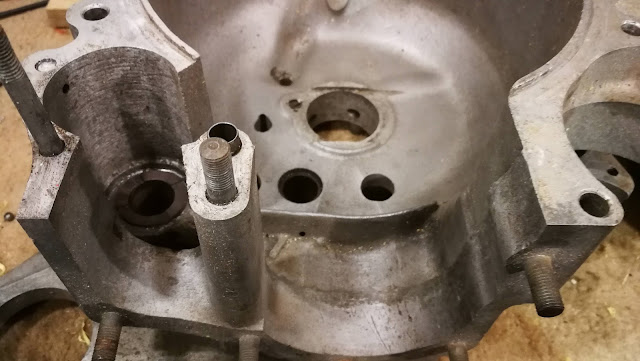 Oil pick up pipe and timing side main in the 1955 engine. The oil feed check valve (under the staked screw) is present and operational in both sets of cases: 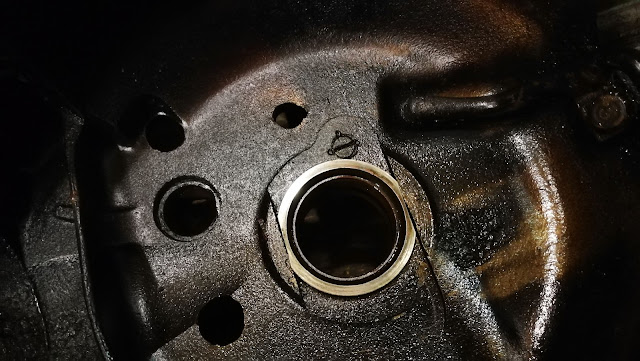 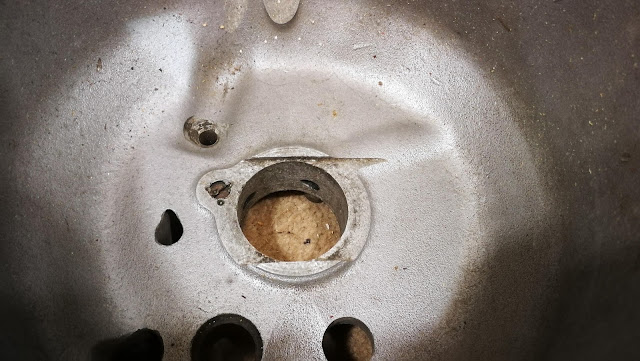 Knocking out the oil pick up pipe with a piece of 3/16" rod: 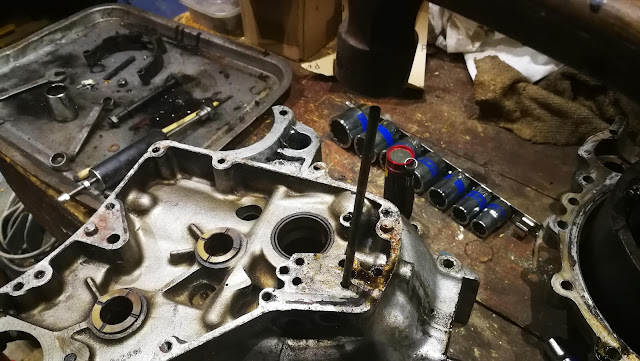 Remaining items removed from the 1955 cases: