Dry Build - putting the crankcases in

So, moving on at pace you might remember the gearbox plate with the missing stud. Ariel were quite careful in this area, as one end of this stud is quite difficult to get to and the upper gearbox studs have to be loosened for primary chain maintenance. Way back before the war, these studs had a flat machined into them such that they won't turn in the hole - so you can leave this end tight, loosen the other and release the gearbox with out fear of a spinning, inaccessible nut. 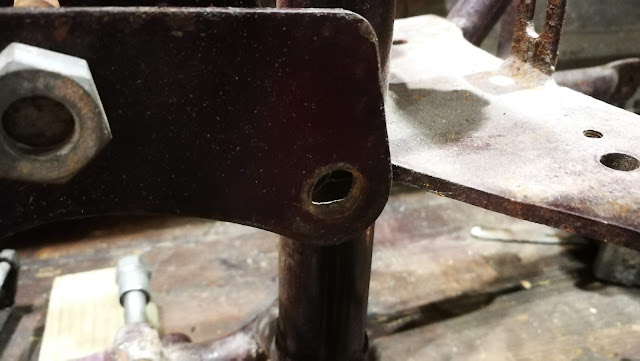 It was a simple matter to file a flat onto the the existing 1/2" stud. Who needs a milling machine? 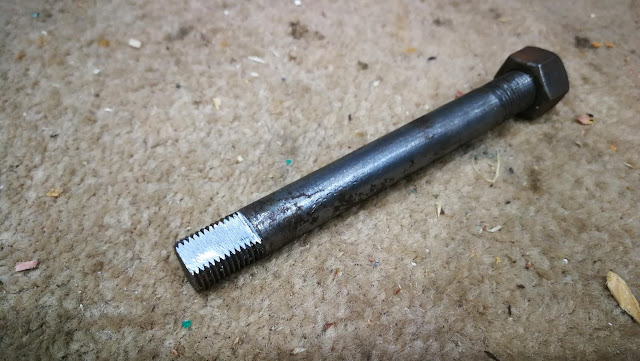 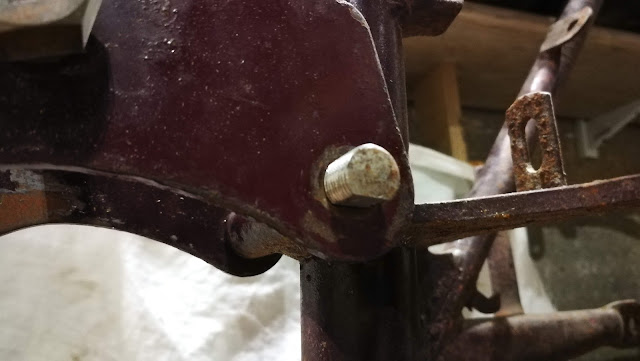 Some of the other studs are quite inaccessible too - this is the upper front engine mount, and it has a tunnel cast into the timing side crankcase for access: 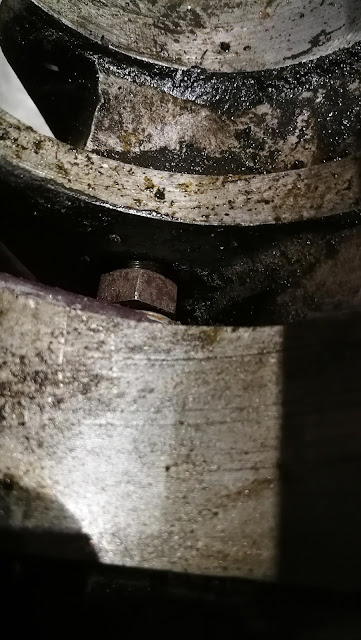 This lower front engine mount stud will not fit with either nut in place: 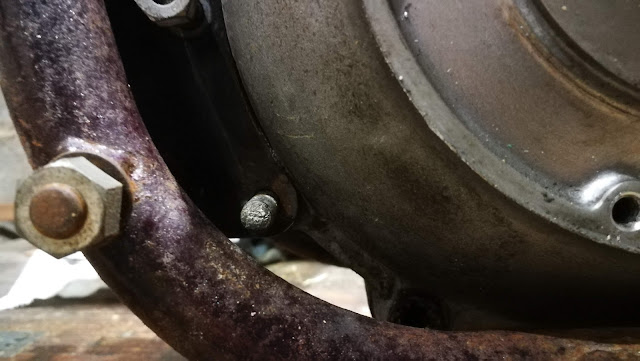 Apparently there are some special crankcase bolts with slim heads in this area too - I must find those before I make a mistake on reassembly.

Next, getting the crankcases in shows that I have to move my supports, or modify them as the sump plate will hang below the frame rails: 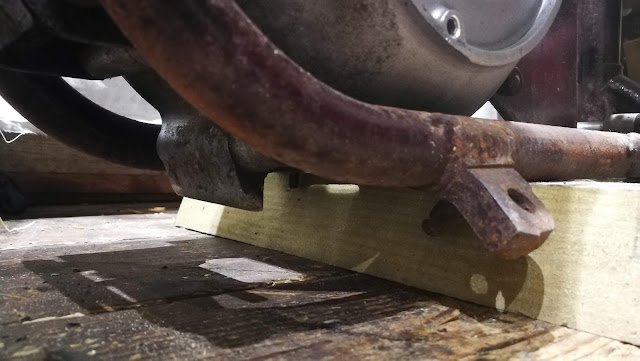 Moving the supports around reveals that the centre stand stops need building up: 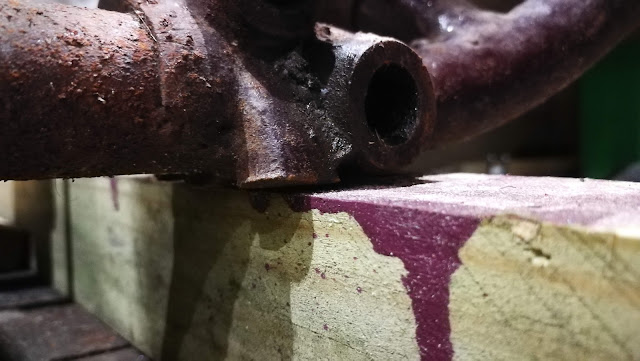 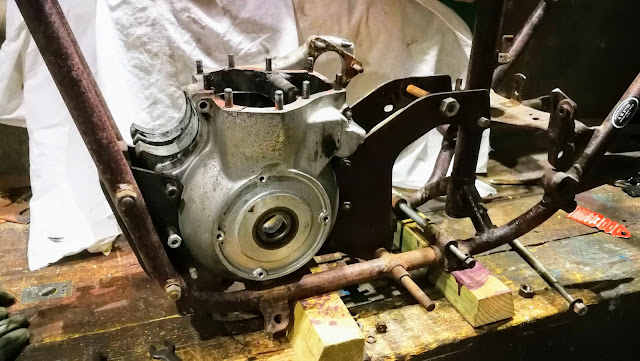 And that Ladies and Gentlemen is what dry builds are for.
Posted by CharlieCeng at 19:48