I have two bikes with missing lower chainguards, and two lower chain guards on the shelves. Here they are: 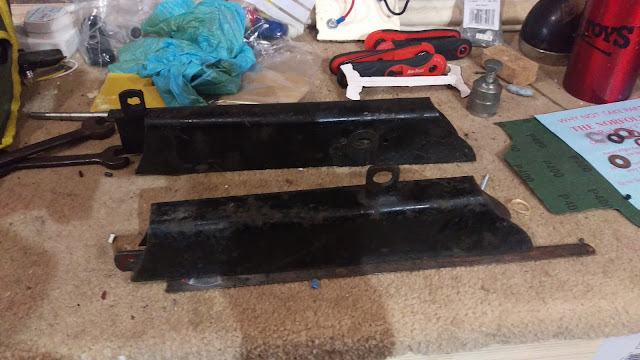 The two bikes are my W/NG and my Anstey SQ4. I'm hoping to make a chainguard to fit each bike out of these two but I don't think either of these is a straight fit on either bike. I believe that the upper of the two in the pictures is for an Anstey frame single, and Paul Jameson of the AOMCC has confirmed the lower is from a rigid SQ4.

One of them looks like it is close to a fit for the W/NG, at the front: 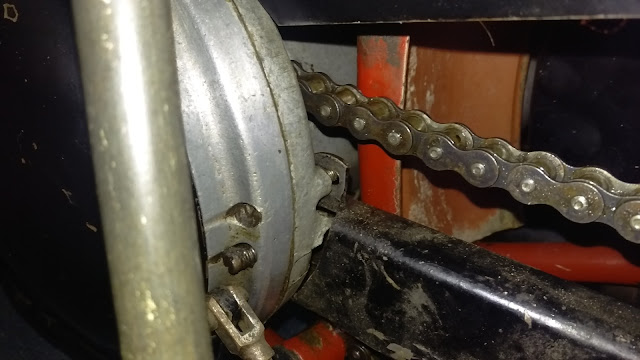 Clearly the rear bracket is in completely the wrong place: 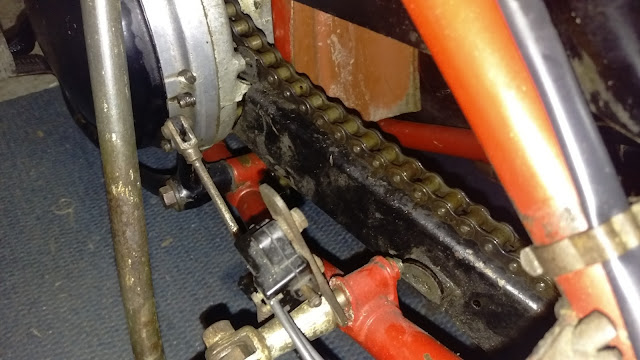 If we change the rear mount to suit the rigid frame, we can trial fit the front more effectively. Right now, the guard looks like it will foul the chain oiler so perhaps it will need a little adjustment. We'll see.

Thanks to Vincent van Ginneke (again) we know what it is supposed to look like: 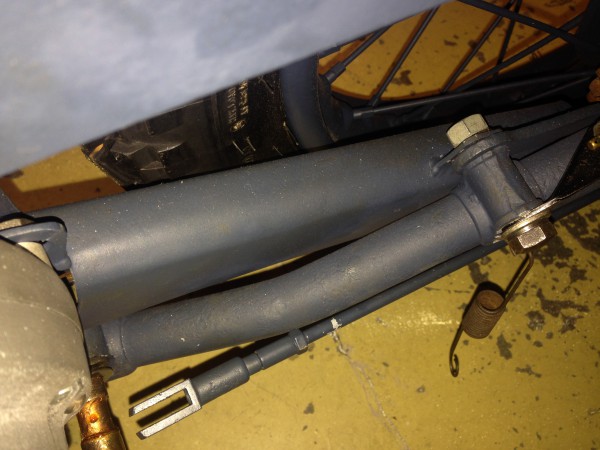 So to get started, we will use the cut off wheel in the Dremel to make a tidy job of removing the rear bracket from the anstey frame chainguard: 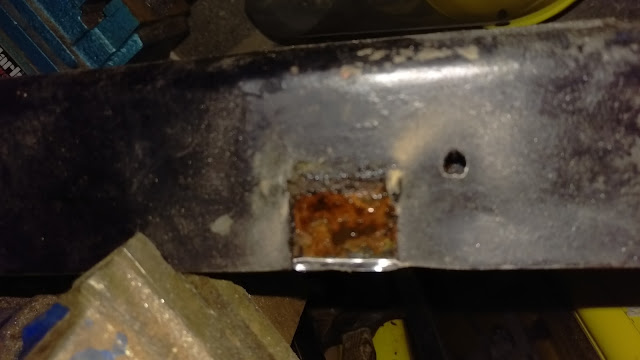 We'll use this mount  to convert the SQ4 chainguard, or perhaps to make a completely new one: 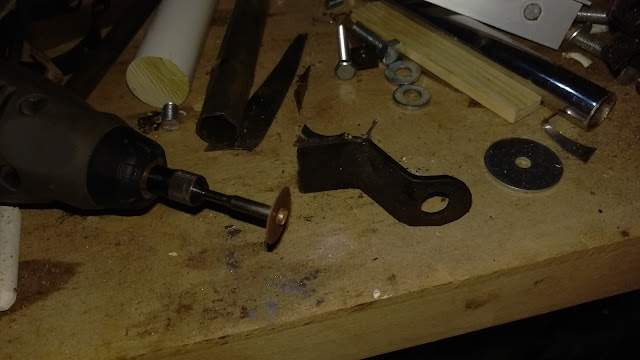 Using the rigid frame chainguard as a guide, we can mark the position of the rear bracket with chalk: 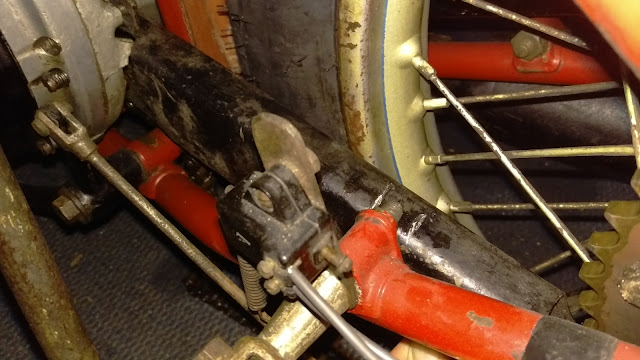 Below the frame, we can see it sitting in the right place: 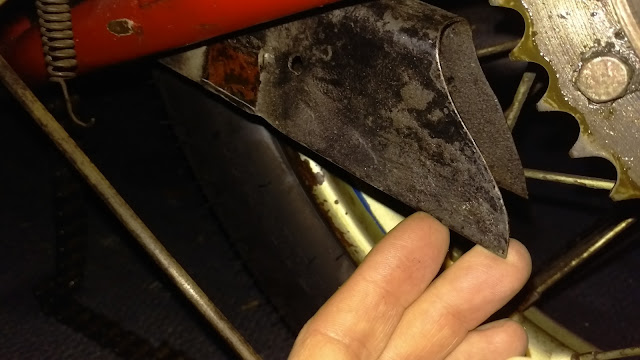 So off we go. First job is to clean up the old mounting position with the wire brush & bench grinder: 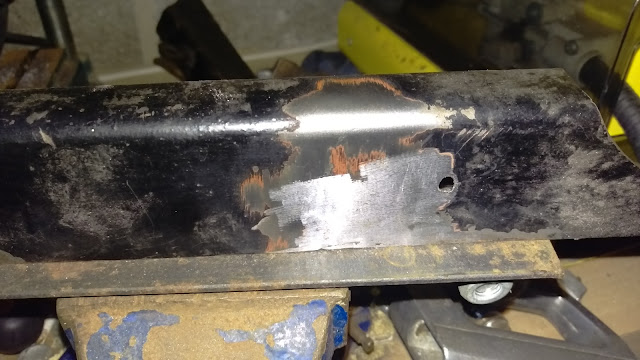 Then we cut & drill a piece of 1/8" sheet to make the new top mount. It seems I forgot to take a picture, but here it is held in place with a magnet and mounted in the frame: 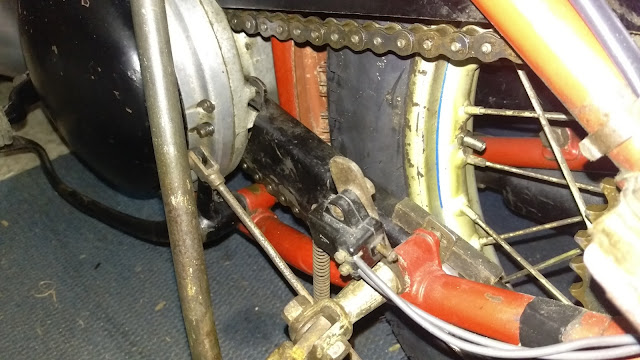 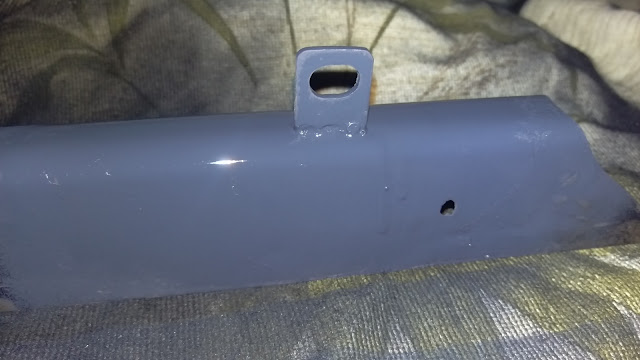 This converted Anstey frame chainguard does not fit too well at the front - the guard fits higher up in an Anstey frame which provides more clearance at the front, as we can see in Vincent's picture 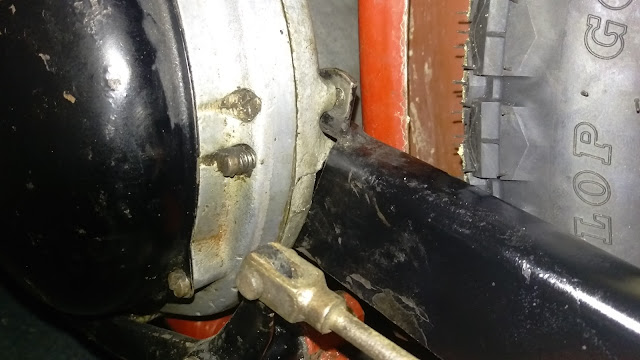 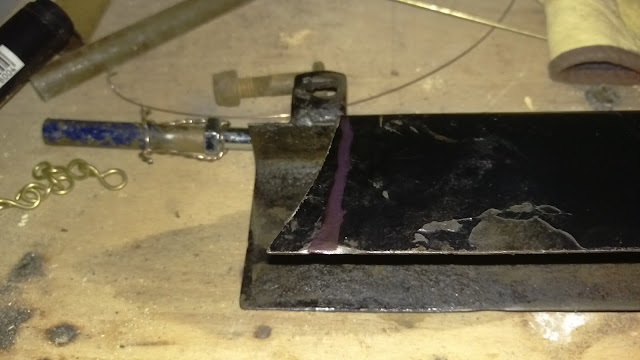 Trimmed with the shears and refitted: 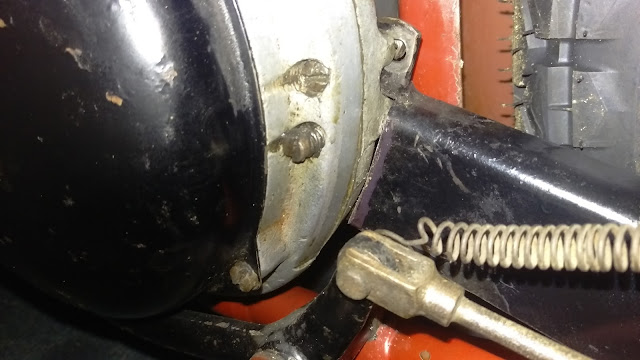 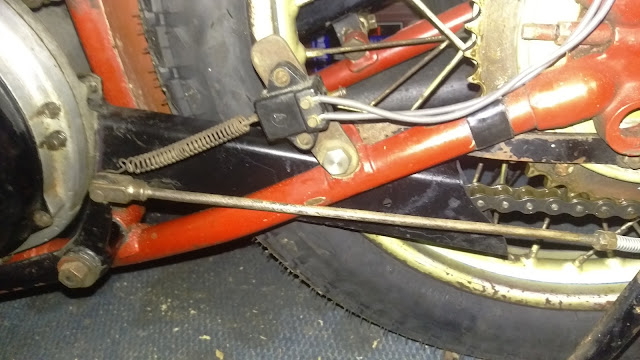 
The other chainguard is for a Square Four, but a rigid model which means the rear bracket is in the wrong place, or rather, it does not reach the mounting bolt. The width of the shock absorbers increase the distance from the frame to the chain run, and necessitate a wider bracket on the lower chainguard like the one shown fitted to the W/NG. We can see here that the chainguard will fit around the sprocket and is more or less aligned with the mounting bolt, along the length of the bike: 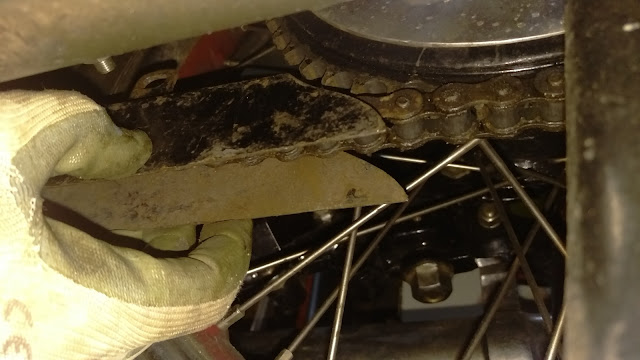 We can see here that the length is about right, as it looks like it will align with both mountings: 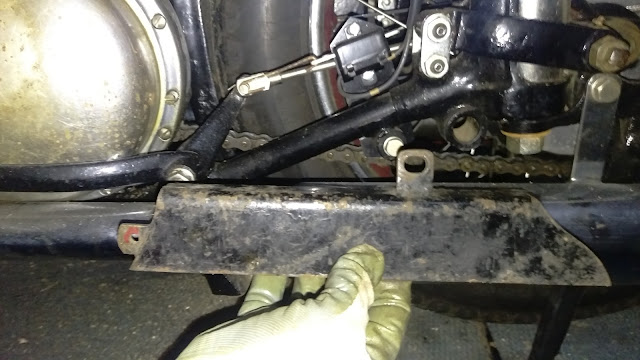 And here, that the front mounting is correct and will fit. We can see also that the chain oil can still reach the chain: 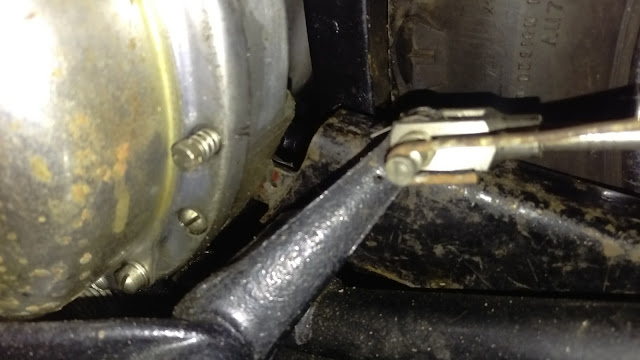 This story is continued in https://ariel-square-four....sq4-chainguard.
Posted by CharlieCeng at 20:30