So, excessive use of the kickstart while evaluating a magneto probelm eventually made a permanent situation of the jammed kickstart. The lever got very stiff and it was clear the kickstart case had to come apart. The strip is fully explained in one of this blog's most popular posts 'Spend a night in the box', and is documented here for the W/NG.

I leave the gear lever in place when I pull the kickstart cover off, and push both the selector shaft and the kickstart shaft to make sure they stay in place. With a soft mallet, pulling on the gear lever, this is what you see when the cover comes free: 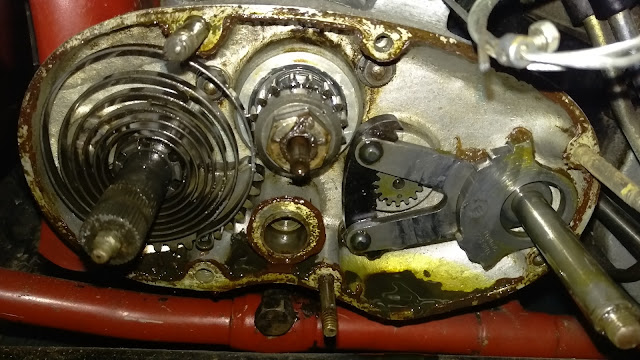 Close inspection of the spring revealed that the 90 degree bend on the end, which hooks to the kickstart shaft, had fractured though it does not look like it here. After 70 odd years of use, the spring has suffered a brittle fracture across about 75% of its width: 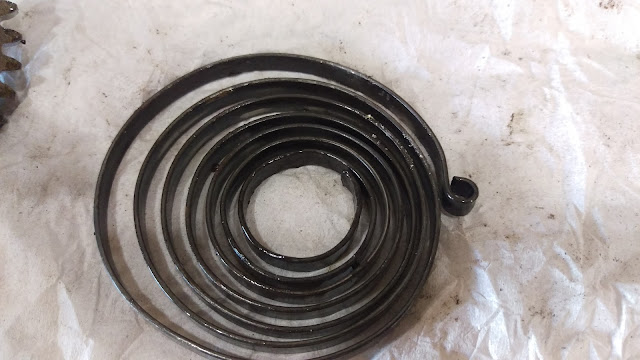 It was also apparent that the kickstart quadrant bump stop was missing. I suspected that this had been deleted from the design when the rubber footrests & other parts were deleted in 1942, but a look at a 1941, 1942 and 1943 parts list revealed the bump stop present in all three. 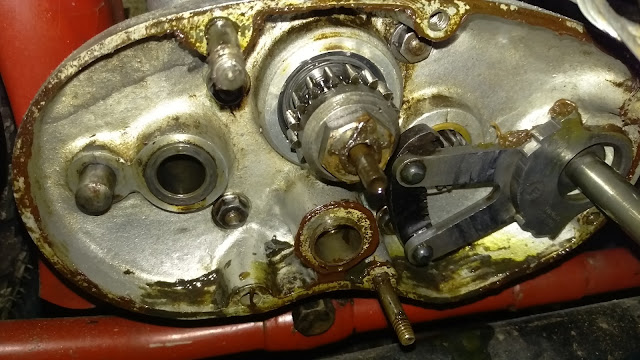 The CP gearbox has a 1/4" wide kickstart spring, unlike the BA whose spring is 3/8" wide. There is not much room for the spring, which chafes on the inner case: 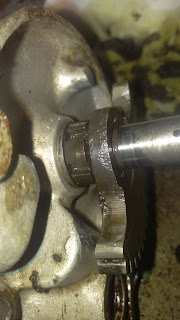 Using a small gas torch, I could re-bend and temper the spring, which was handy as Draganfly were out of stock. Here it is in position again: 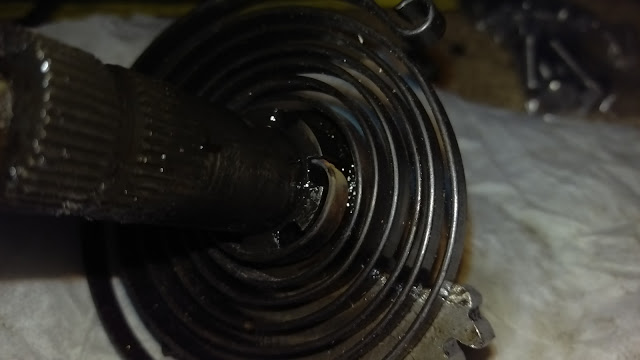 I took the opportunity to replace the kickstart quadrant bump stop with one from stock. 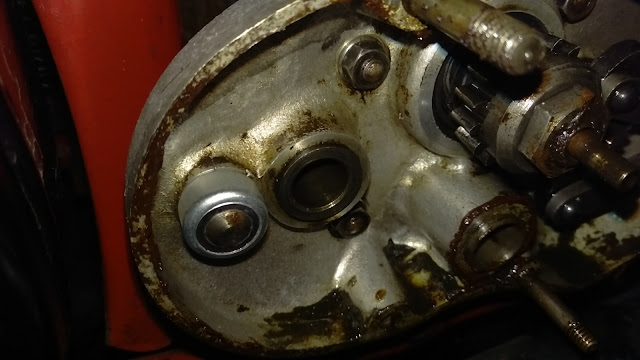 When you replace the kickstart, you have to wind the spring up significantly to avoid it binding on the case. 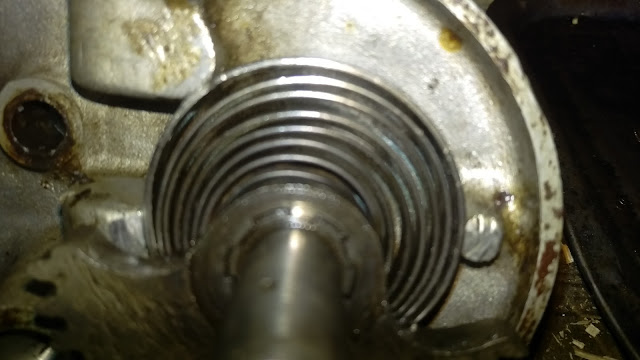 You can see the witness marks where the spring has been in touch with the kickstart case.