The few test rides I've had on the W/NG have been successful in that I know it steers straight, stops, selects all gears, and doesn't have any horrendous sound coming from the engine. They've not been so successful in that they have all been shortened due to the engine dying after around 10 minutes!

Investigating these kind of issues always swings to and fro between the carburetter and the magneto. I used the guide from the Brightspark website to investigate the magneto. This is the sequence they suggest - full details are on their website:
While the magneto was sparking, and usually starting the bike successfully, it was clear that all was not well as it would show no spark occasionally. Even spinning the machine with a power drill would only produce a 3 mm spark, though it was consistent and continuous. It needed further investigation.

The first job is to remove the magdyno, which is easy with the timing case off - just three bolts. 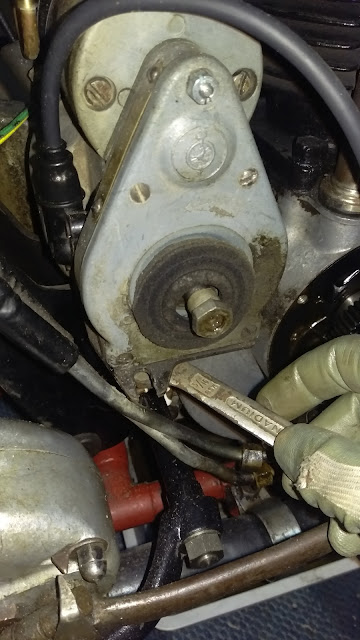 First I looked at the bearings. Holding the contact breaker and the drive shaft, you can attempt to move each end axially and radially to detect play in the bearings - there was nothing.

I checked the resistance of the HT pickup, lead and plug cap - very low indeed. These removed, we can look at the slip rings: 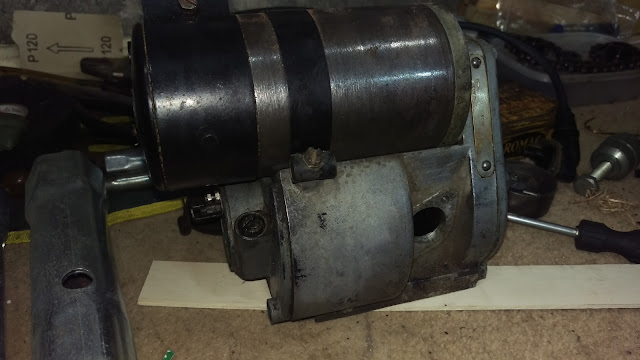 Not an easy thing to photograph, but the slip ring is a little greasy. This particular picture shows the slip ring near the HT coil spike, which is a small piece of wire connecting the HT circuit to the slip ring: 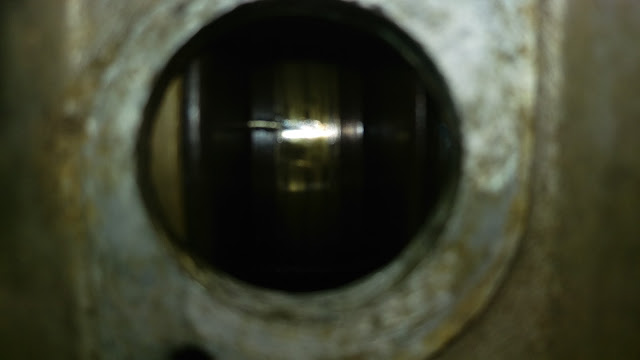 Clean it up with acetone on a swab. These Wagamama chopsticks are so useful: 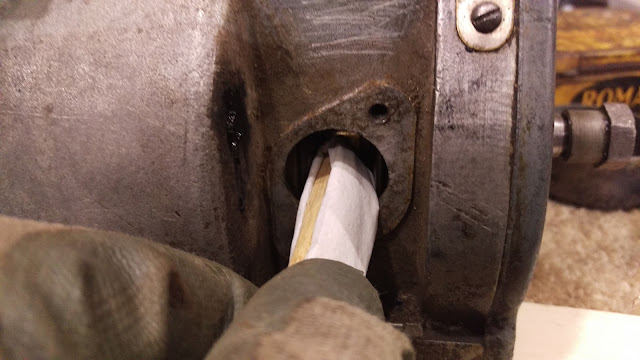 Rotate the armature until the swab comes out clean: 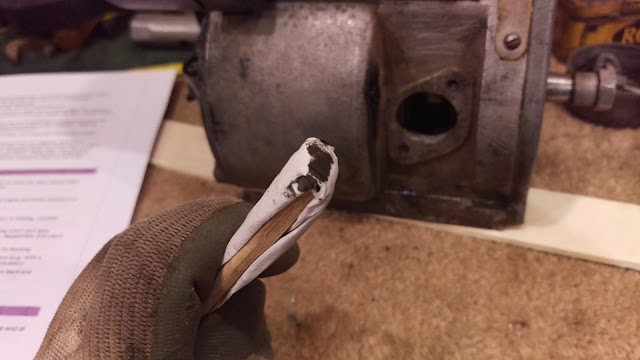 This is the HT circuit resistance, from the slip ring to the armature earth - 9.69 kOhms is way too much; it indicates that the HT coil is probably sound but that the connection to the slip ring probably isn't. 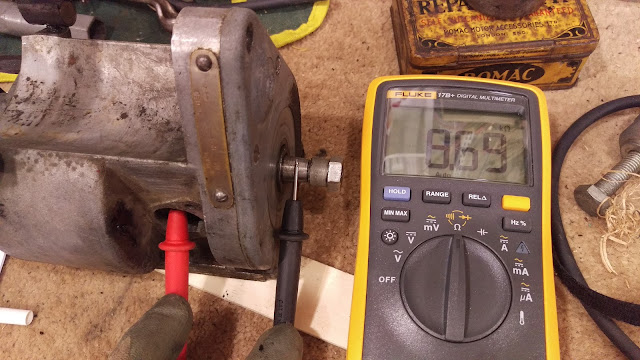 HT circuit resistance requires the armature to come out and probably the slip ring to be removed. Since this involves pulling off the bearings, and that needs a special puller, this problem means the magneto will need specialist attention.

The next picture shows the resistance of the armature earth to the magneto body - essentially testing the path through the earth brush. 2.6 Ohms is OK. 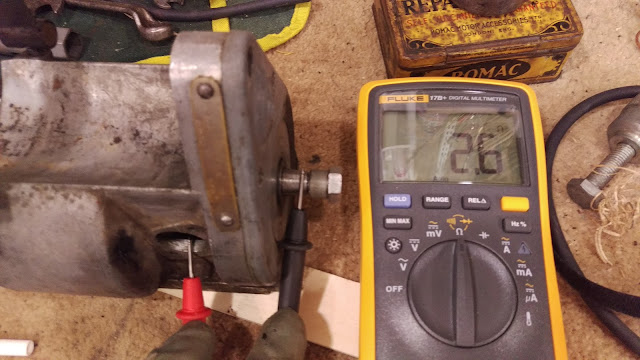 So, having identified a fault that I am not prepared to fix, its off to a specialist,  packed in a purpose made plywood box. 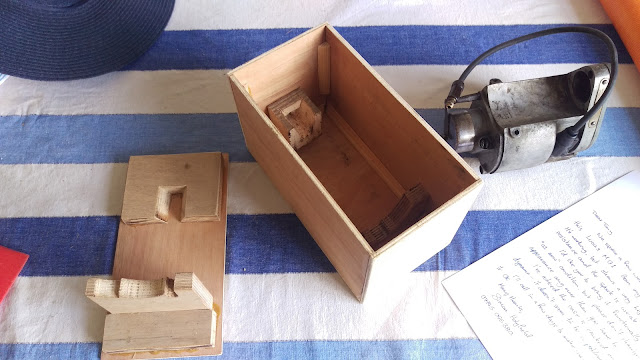 It should be back in a few weeks.

And here it is. It's had a new armature, since the old one was undersize and affecting low speed performance; new bearings & insulators, new points, condenser, slip ring, pickup and its been blasted clean: 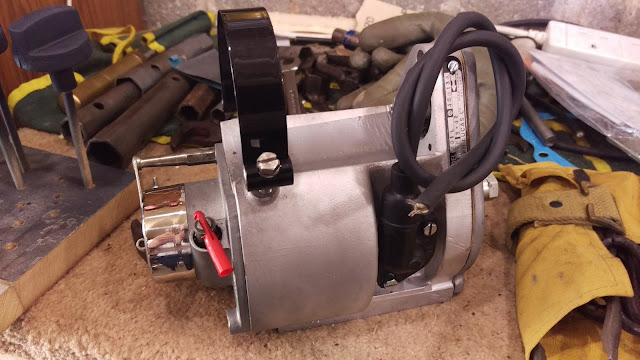 I can get it to spark just turning the armature in my hand, and the bike starts instantly.