A while ago, I bought a small parts washer - the take away containers, roasting tins and old paint brushes were just getting too messy. It's a 10 litre, bench top washer from MachineMart, and its currently filled with paraffin.

I mounted it on two 450 mm drawer runners, so it slides out from under the bench. There's a power supply under there, so it's all self contained and doesn't take up too much space. The drawer runners allow it to slide out far enough to get the lid fully open; the washer is suspended, much like a sink, in a piece of 19 mm plywood. 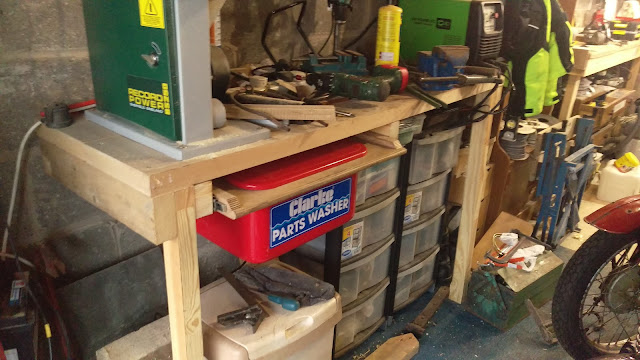 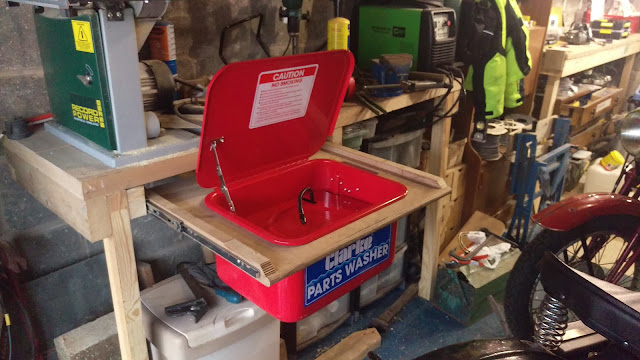 I've used it for a few things so far, washing the W/NG timing cover and these two oil tanks, one from the W/NG and one which is going on the Square Four, to replace the one with the duff thread. 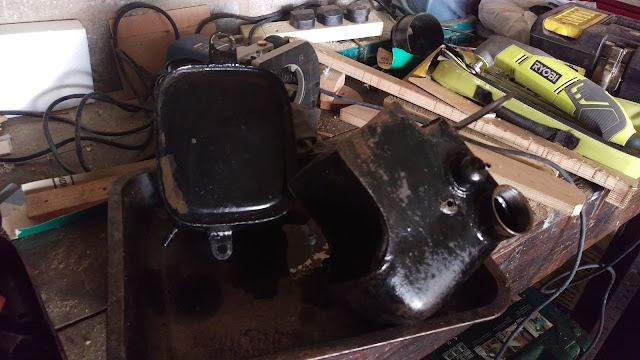 Washing the W/NG tank revealed this cute little stamping on the drain plug: 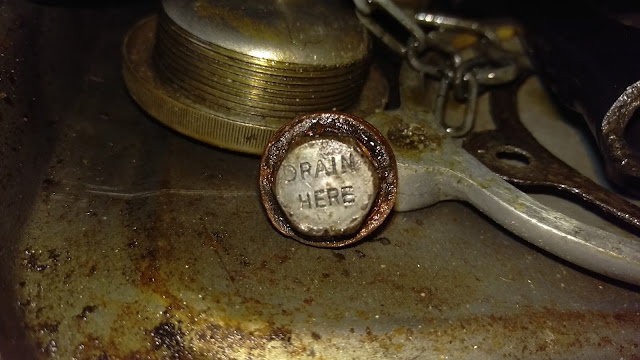